Francis' solution for the wars in the Middle East... (hint: it's not the Kingship of Christ) 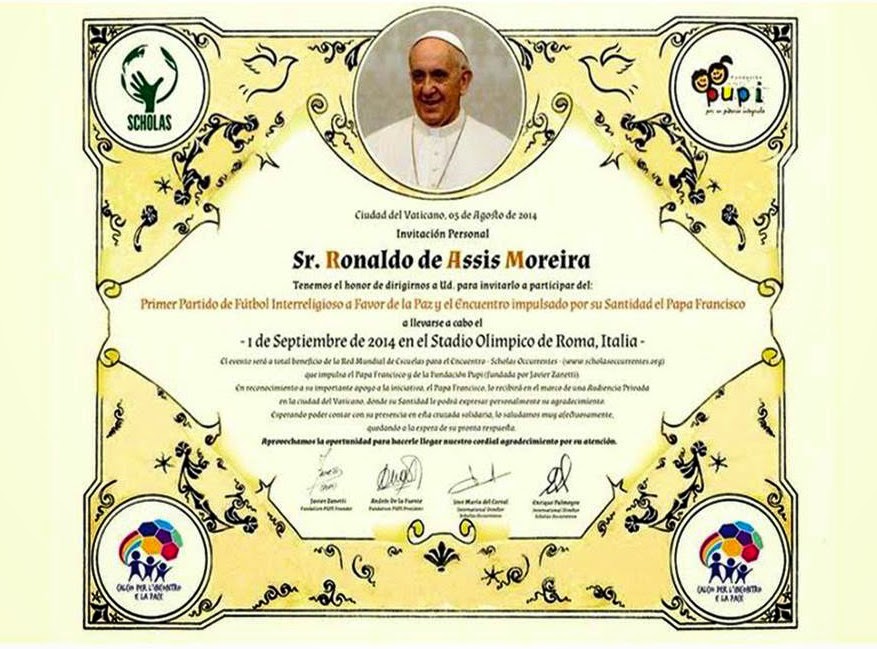 An invitation to play in the Interreligious Match for Peace.

This is no joke!  While Christians are being murdered in Gaza and Syria/Iraq, Francis and his soccer buddies from Argentina really believe a 1 September 2014 football match is going to help bring about peace.  This is so bizarre you couldn't make it up.  The kicker is this match is being organized by the Vatican and several of those NGOs Francis loves to rail on and on about! 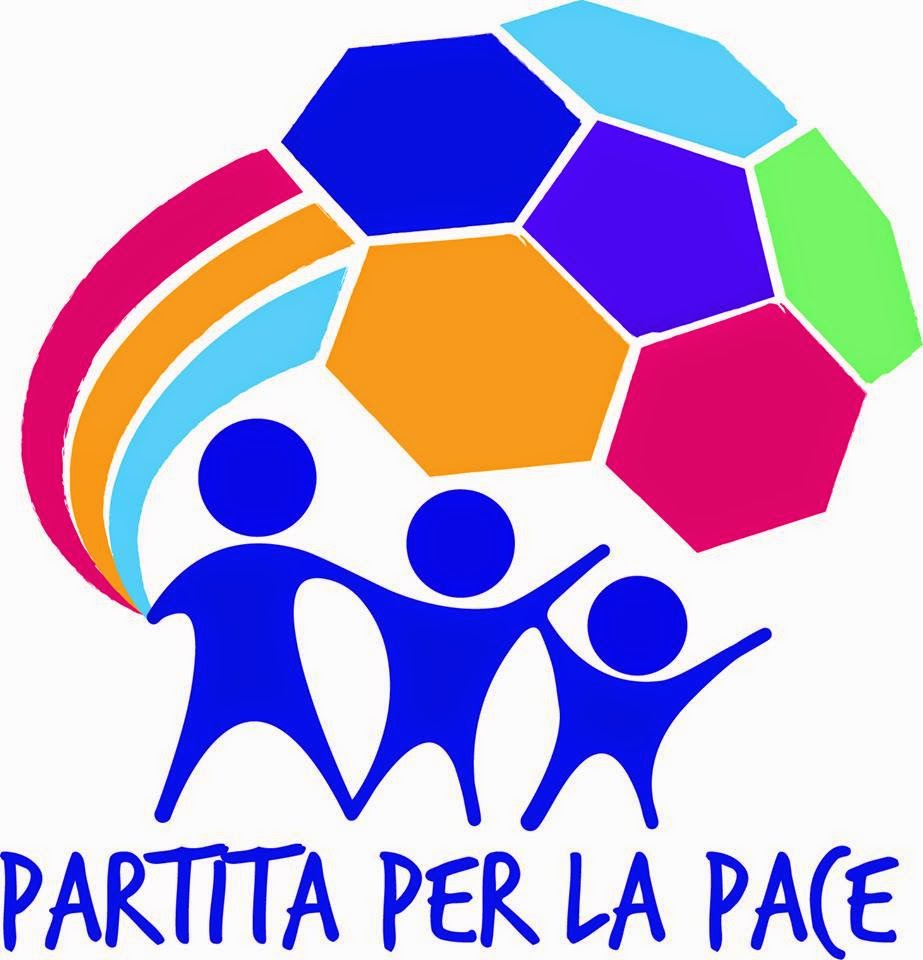 It is being called, the Interreligious Match for Peace.  The game has backing from the United Nations, the PUPI Fundacion, Scholas Occurrentes, and many corporations. 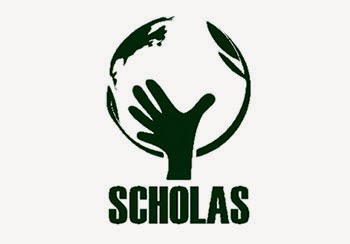 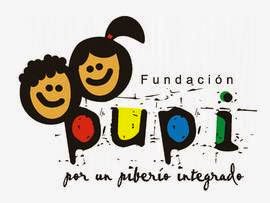 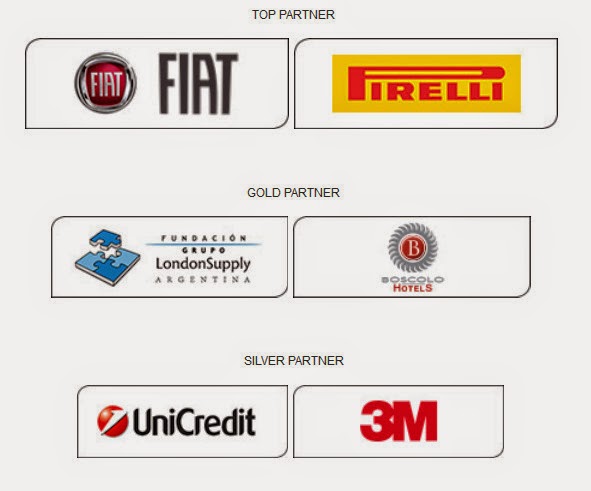 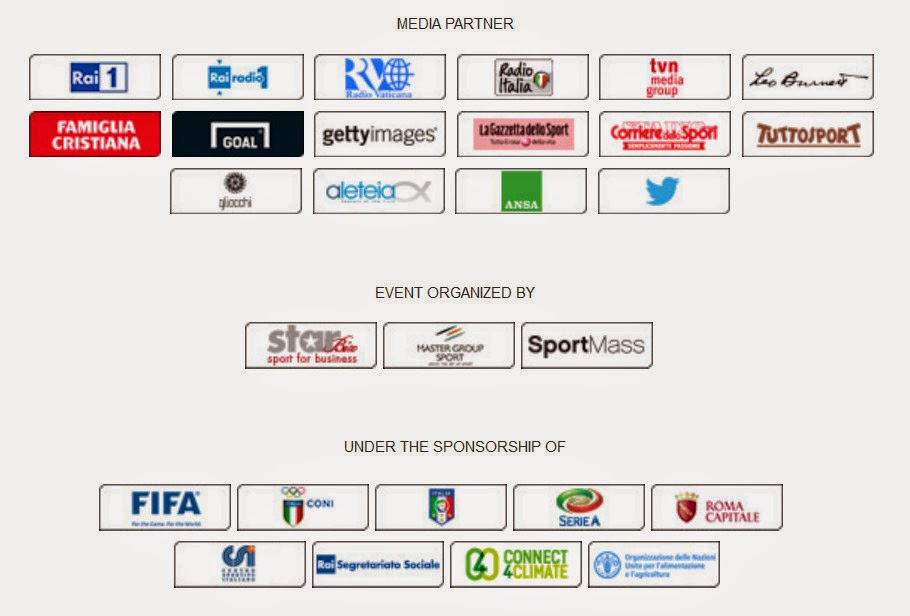 
Some of you may be familiar with Francis' good friend, José Maria Del Corral.  He is the person responsible for the title of our blog,  Call Me Jorge...  (see, "Call me, Jorge, what else?")  José also believes the Talmud teaches one to respect their neighbor!  The Argentinean pedagogue, theologian, and the world director of the NGO, Scholas, had this to say about the upcoming match,

"This is the Final of a World Cup in which all of us, those wishing for a world without war and hunger, can win. May this match be played all together, Jewish, Muslim, Christian, for the unity in diversity."


Likewise Enrico Palmeyro, the president of Scholas, shared his thoughts on the game,

"The Interreligious Match for Peace is not only a sporting event or another solidarity contest, but also a unique opportunity, because we join Pope Francis's call in his unceasing work for the peace. The world necessitates our effort and commitment.”


Some of the motley crew whom have assembled for this Match for Peace are Ronaldinho, Roberto Baggio, Diego Maradona, Gianluigi Buffon, Zinedine Zidane, and Lionel Messi.  You couldn't have organized a better gang, than these dopes, which represent the beliefs of Francis and his Novus Ordo church.  Francis' other partner in this endeavour is Javier "El Pupi" Zanetti.  Zanetti has his own NGO called the PUPI Foundation which with Scholas and the Vatican is making this game happen.  Zanetti shared this in a recent Vatican Radio interview,

“When I spoke with Pope Francis about this project, it was a big concern for us to do something for world peace.”

“I think the fact that so many stars have joined in can help professional football support peace. Although the game is raising money for charitable purposes, the most important thing we want to do is spread the Pope’s message of peace to the world.”

Below we cover some of the beliefs of the soccer players participating in the Match for Peace.  We start with Javier "El Pupi" Zanetti.  He claims to be a Catholic but recently posted this video for the ALS ice-bucket challenge to his foundation's youtube channel.

So what is wrong with raising some money for a good cause?  Well, if you are Catholic are you against abortion or for abortion?  Zanetti by helping raise money for ALS Association is supporting abortion because they bankroll research on embryonic stem cells.  If you don't know what that means it is simply this, they abort children, then cut them up for their medical studies.

Next up is Diego Maradona, who is such an interesting person, and not in a good way, a whole book could be written on this man.  Two pictures and one video should suffice to show what a malevolent influence Diego is to his fans.


"I am not Christ or a philanthropist, old lady, I am all the contrary of a Christ.... I fight for the things I believe in, with all the weapons at my disposal and try to leave the other man dead so that I don't get nailed to a cross or any other place."
- Che Guevara in a letter to his mother (July 15, 1956) - 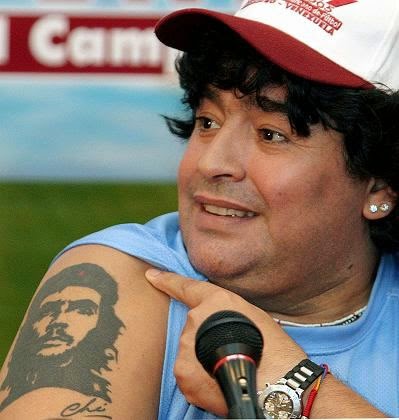 Diego displaying his Che Guevara arm tattoo to the media!

"There is nothing that compares to the Holocaust!"
- Fidel Castro in 2010 - 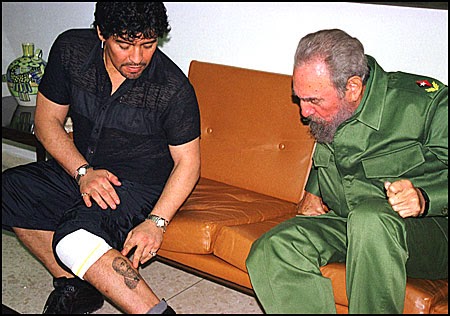 Diego showing his hero Fidel Castro the leg tattoo he got of Fidel!

Diego is so popular in his and Francis' native Argentina, his fans have created their own religion based around their god, Diego, called the Iglesia Maradoniana!

Football as Religion: The Church of Maradona

Ronaldinho is Roman Catholic and very proud of his faith.  You can see his famous profile below with the long hair and smile he is well known for almost flashing all the time.  So proud is Ronaldinho of his faith, he recorded a rap song about it and his other passion soccer, with the Brazilian artist, Edcity, called Vai na Fé (go with faith).  The video can be watched below the photo of Ronaldinho. 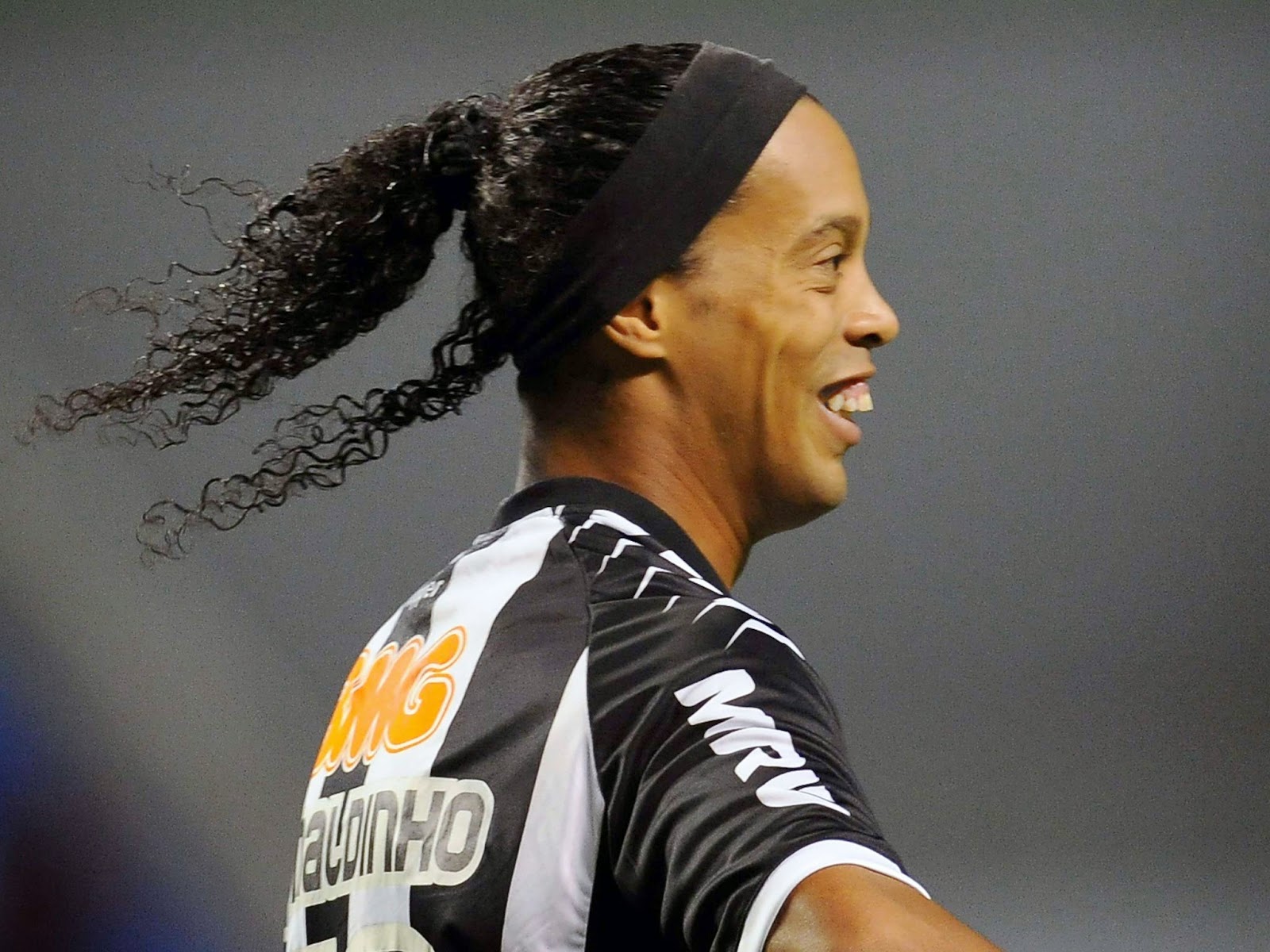 Gianluigi Buffon went on a pilgrimage to Medjugorje in 2012.  He met with Ivan Dragicevic, Ivanka Ivanković, and Mirjana Dragicevic who claimed to have been visited by the Blessed Virgin Mary.  In fact Ivan says she comes to visit him every day at 6:20 PM.  These and the rest of the seers from Medjugorje have been visited over 40,000 times by what they claim is the Blessed Virgin Mary as of 2004!  What a fraud! 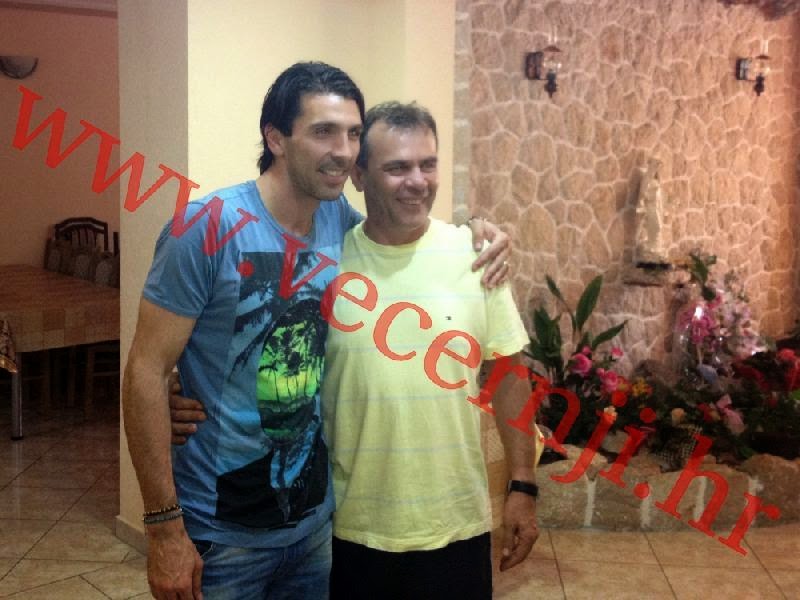 Robert Baggio is a fallen away Roman Catholic who is now an adherent of the Buddhist religion.  Listen to him blather on about diversity, football, and peace in the video below. 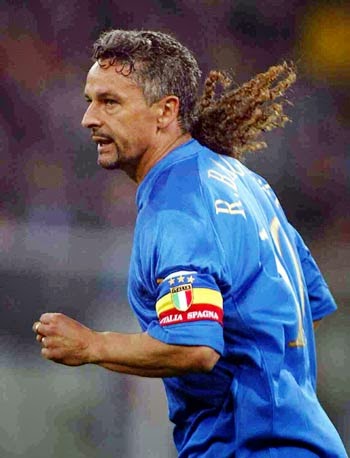 We come now to Lionel Messi, the Argentinian super-star and heir apparent to Diego Maradona.  Like Gianluigi Buffon, Messi has a devotion to the false apparitions of Medjugorje and has been on a pilgrimage to the town.  Messi also has met with seer, Ivan Dragicevic. 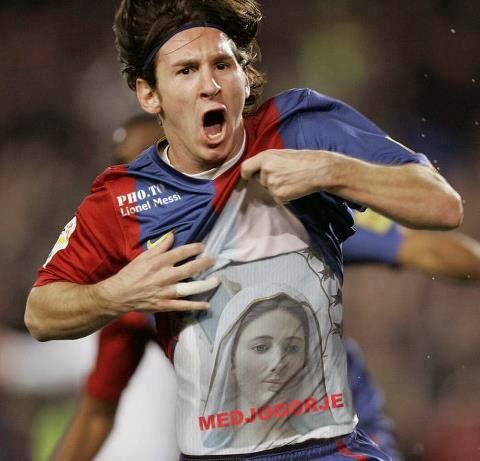 Messi showing off his Medjugorje t-shirt after he scores a goal!

Lastly, we come to the French born Muslim, Zinedine Zidane.  Zinedine is well known for his antics on the football pitch and claims to be a non-practicing Muslim.  He is married to a Christian and his children were baptized.  This however doesn't stop him from praying to 'Allah' before every soccer match! 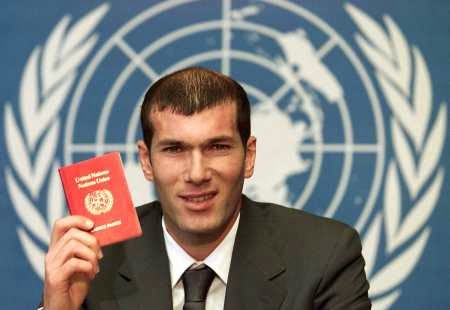 Zidane promoting one cause or another for the New World Order's United Nations.


The one 'charitable moment' of Zidane's career which he'll always be remembered for!

If we are to believe Francis, this assorted crew of motley misfits is going to so touch the hearts of the world with soccer, peace will reign!

Francis lives in an imaginary world which exists only in his head.  This is a world where everyone prays to his or her god(s), gets along, holds hands, and lots of spiritual hugs go around.  He bewails the lack of employment for youth and the mistreatment of old people as well as the abuse of the environment but wants to charge anywhere from € 8,00 to € 30,00 for a ticket to a frivolous football game.  If Europe was filled with Catholics, the problems Francis moans about wouldn't exist.  Who has the extra money for a ticket to this match when if they are practicing Catholics should have at least 4 children to feed and clothe?

If Talmudic Jews were being massacred instead of Christians we would never hear the end about it from Francis.  In Francis' mind Catholics are only deserving of a silly soccer game.  Compare his words at Yad Vashem versus his virtual silence on the Middle East.


..."A great evil has befallen us, such as never happened under the heavens."


For the longest time Francis pretended as if there were no problems in the Middle East.  He didn't mention the Israelis dropping bombs on Gaza nor the massacre of Christians by ISIS in Syria & Northern Iraq.  When he did acknowledge part of the situation, he wrote a letter (a letter!) to the United Nations urging them to intervene in Iraq.  Next, he tells all the parties involved they need to STOP!  Unbelievable!  This is Novus Ordo religion.  Unless it is a photo-op or kissing up to his Talmudic brethren, Francis shows a total lack of leadership in all he does!  The last we heard was that Francis had donated one million dollars worth of aid to the peoples in Northern Iraq, guess those in Gaza don't count?

When asked about Iraq / Syria  on the airplane ride home from South Korea, here is how Francis responded,

"...After the Second World War there was the idea of the United Nations. It is there that this should be discussed. Is there an unjust aggressor? It would seem there is. How do we stop him? Only that, nothing more.
Secondly, you mentioned the minorities. Thanks for that word because they talk to me about the Christians, the poor Christians. It’s true, they suffer. The martyrs, there are many martyrs. But here there are men and women, religious minorities, not all of them Christian, and they are all equal before God."


If you were the Vicar of Christ, what would you do?  We here at Call Me Jorge... would organize a Rosary Crusade, bring back some of those Masses said when at war with the Islamists & Talmudists, have processions of the Blessed Sacrament, fast for the persecuted, put pressure on secular governments to act, and put a call out to Roman Catholics to not accept this situation.  We believe the readers could add a few of their own ideas.

So remember when bombs are dropping on Gaza,


and the Israeli backed ISIS is on a killing rampage,


...don't say your morning prayers, rather grab a ball!

...forget going to Mass, instead put on your cleats! 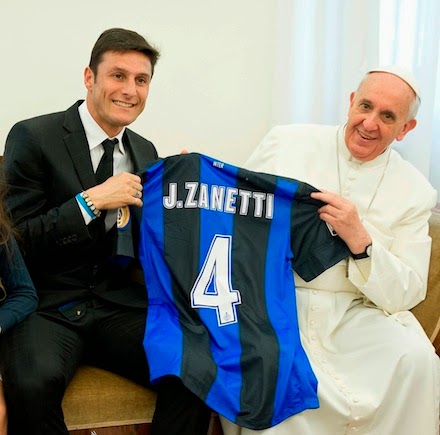 Who has time for God when there is football to be played?

Peace is certain to break out soon because of this match!

Look for the reign of the 'Kingship of Football' to begin on the first of September at Rome's Olympic Stadium!
Posted by hereisjorgebergoglio at 5:45 AM