...he orders Tony Palmer to be buried as
a Novus Ordo bishop! 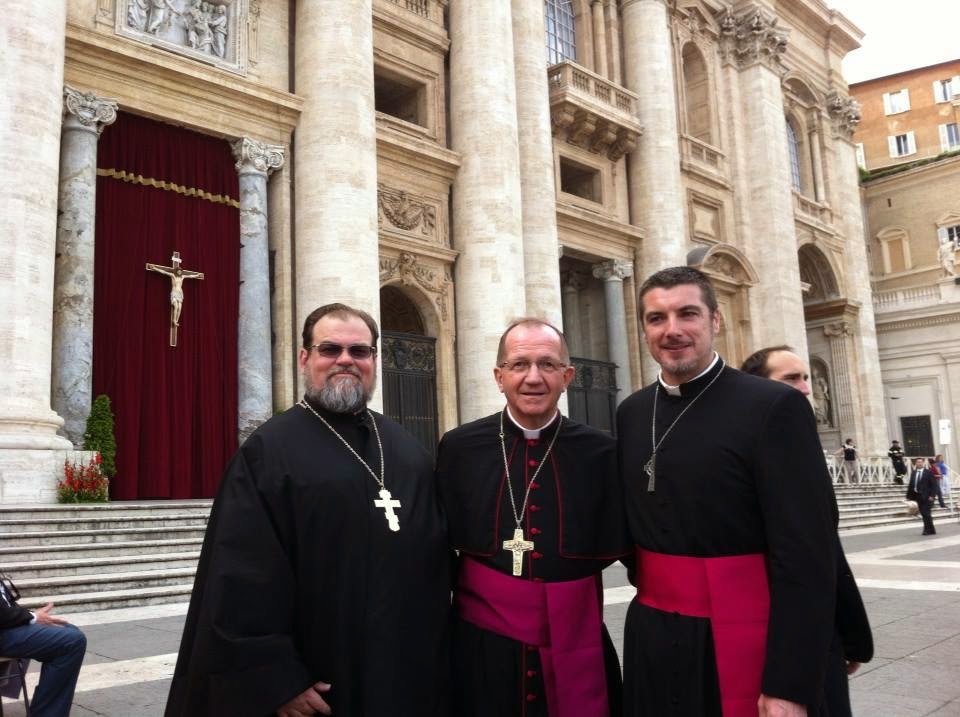 We have had Francis tell us the Talmudic Jews, the Muslims, and Catholics all pray to the same God.  He has rambled on also in the past about how Protestants and Catholics are united in diversity and one religious group together in the eyes of God.  He further explained the worst sin of man in the sin of separation.  This sin according to Francis denies the Cross and is caused by listening to Satan.  Remember this is coming from the man who farmed out his exorcisms in Argentina to a Lutheran exorcist.  Recalling also his blasphemous jokes about Our Lord and his favorite blasphemous painting, his actions shouldn't surprise but they still do.  We guess we are surprised because the man dresses as if he is a pontiff but acts no different than the imams, rabbis, or ministers he has had recently at the Vatican as his guests.  We'd love to know what god Francis is praying to.  To quote him, "I believe in God, not in a Catholic God, there is no Catholic God, there is God  and I believe in Jesus Christ, his incarnation. Jesus is my teacher and my pastor, but God, the Father, Abba, is the light and the Creator. This is my Being." So Jorge if you or one of your lackeys is reading this, "Who or what are you praying to?"  Now onto Tony Palmer being buried as a Novus Ordo bishop...

"Fr. David told us that because Tony was not a Roman Catholic he had to ask his bishops permission to celebrate the requiem and though Tony’ s wife and children are Roman Catholics, permission still had to be given for the requiem. The bishop agreed but said that Tony could not be buried as a bishop as he was not a Roman Catholic bishop. However, Pope Francis said he should and could be buried as a bishop…and so that put an end to that little bit of ecclesiastical nonsense!"
(source: Michael Daly CJ Blog, A few thoughts from the Requiem Mass Celebrating the Life of Rt Rev Anthony Palmer.  4th Feb 1966 – 20th July 2014)


Guess where Tony Palmer's remains were laid to rest?


And here the story turns tragic. Tony Palmer was not just buried in a Catholic cemetery. That would have been bad enough.

His remains "were taken to the Eyre Chapel Crypt, at Perrymeade Catholic Cemetery, in Bath" -- a place of high honor...

..."This miniature jewel of a chapel was built by Charles Francis Hansom in the 1860s for John Lewis Eyre, as a burial place and chantry for the Eyre family. Hansom designed an elaborate French Gothic chapel, with a beautiful altar in the form of a sepulchre containing an alabaster figure of Christ. In the crypt are buried members of the Eyre family, Recusants who came originally from Derbyshire."

So Tony Palmer the faux anglican bishop who called for a false ecumenism between Catholics and protestants is now buried along side the descendants of Catholic Recusants -- Catholic faithful who risked everything to maintain their Catholic faith after the British monarchs split from the Catholic Church and formed the Church of England.

This is a blasphemous act that cries out to heaven.

Holy Mary Mother of God, pray for us... Tony Palmer's remains are in the Crypt of Eyre Chapel alongside the descendants of Recusants (English Catholics) who suffered and died for their Faith rather than convert to the heretical Anglicanism which Tony practiced and exercised!!!

for more details and commentary on the story:

You can with certainty that Francis sometimes practices what he preaches... 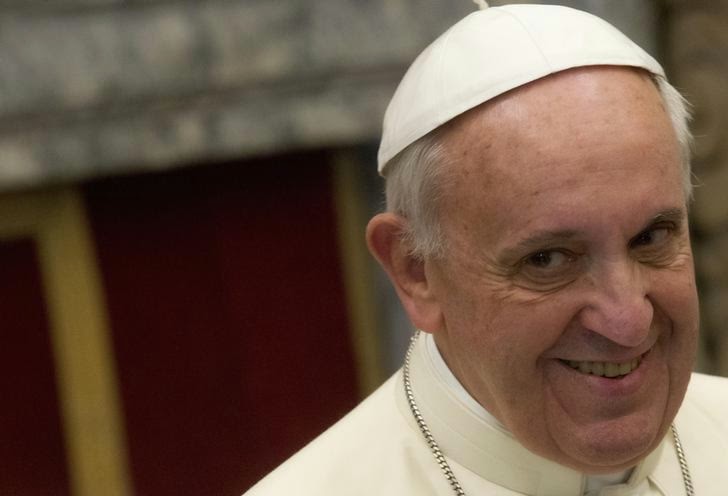 Posted by hereisjorgebergoglio at 7:37 PM