The Persecution of Christians (Catholics) in Iraq 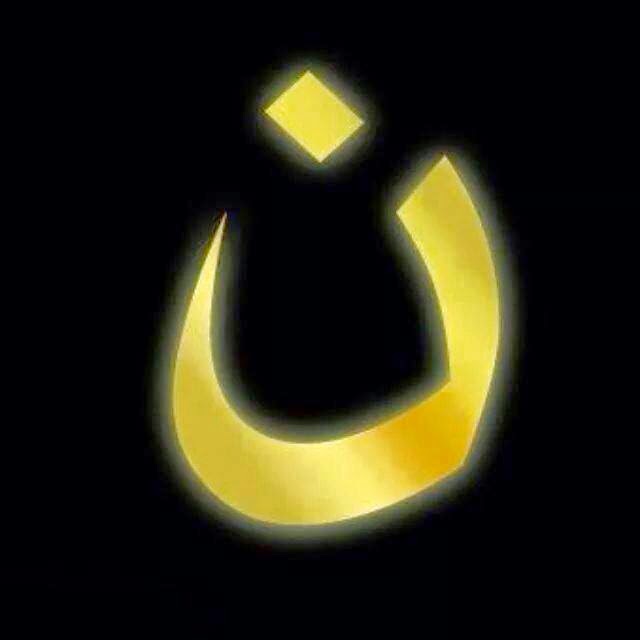 Antonio Socci published  August 10th an excellent essay on the persecution of Christians in Iraq and the silence of Francis. While we don't agree with everything he writes, we do agree with his valid criticisms of Francis.  The article was written for Libero and named, MASSACRO IN CORSO DI CRISTIANI (COMPRESI DONNE E BAMBINI). QUALCUNO IN VATICANO DEVE VERGOGNARSI DAVANTI A DIO E AGLI UOMINI. VERGOGNA!!!!!!!  Please forgive us for our less than perfect translation as we rushed it.  Later today or tomorrow we will have more on the Catholics in Iraq.

The Massacre of Christians in Progress (including women and children).  Someone in the Vatican Must Be Ashamed Before God and Man. Shame!!!!!!!
By Antonio Socci

The ongoing drama of persecuted Christians sees the laity (even anti-clerical governments like France) almost more sensitive of the Catholic world than the Church. Where they are treated with little sensitivity and some discomfort for the victims, while using a reticent caution - that the white gloves - for their tormentors.

Two hundred thousand Christians (but also other minorities) are on the run, hunted by Islamist militants who are crucifying, beheading and stoning their enemies. At this time I also have come across unofficial reports of unspeakable atrocities on women and children (hopefully not true).

Considering this martyrdom of Christians who are marked as "Nazarenes" without rights, hunted, killed, with their churches burned, and the destruction of all that is Christian, the voice of the Vatican and the Pope - usually very vigorous and interventionist - was just a faint whimper.

Even comparable with respect to his (Francis) thundering five or six times "Shame! Shame! Shame! "  For the immigrants in Lampedusa, however, when the Italians did not have anything to be ashamed because they had run to save those poor people whose boat had overturned and they themselves (illegal immigrants) set on fire while they were at sea.

(An out of tune) NOTE


He's right Giuliano Ferrara. That the horror that is unfolding in the plain of Nineveh, the Vatican has given birth to,  on Thursday (severly overdue plus some), a simple "note" by Father Federico Lombardi, where, on behalf of the Pope, will the "international community" please put an end to the" humanitarian tragedy taking place "in Iraq, this is the minimum that could be done and has the sole purpose of saving face.

Also because it is much more than a "humanitarian tragedy" and nothing is said about what should be done. Also - Ferrara observes - "nothing in the chilly statement, is said about who is responsible for these 'distressing events'. Not a hint to the causes that forced the 'troubled community' to flee from their villages."

Now the force with which John Paul II defended the persecuted Christians is what he has forgotten. And the clarity of the great Regensburg speech of Benedict XVI - who had a helping hand to reflect critically on itself - is a thing removed.

That of the current pontificate is a puzzling reticence in the face of murderous criminals with whom - they say to the bishops of the place - there is no possibility of dialogue because against Christians themselves have said "there is the sword ".

A reluctance which has become customary in the attitude of Pope Bergoglio, that he does not say a single word in defense of Christian mothers sentenced to death for their faith in Pakistan or in Sudan (I think of Asia Bibi or Meriam), who refuses even to invite the public to pray for them, that when he is forced (to comment) always speaks generically of persecuted Christians and comes to answer, as the interview with "La Vanguardia" on 13 June: "Christians are a persecuted concern which concerns me as a pastor. I know a lot about the persecution that does not seem prudent to tell here as I do not want to offend anyone. "

In order not to offend those who? The bloodthirsty criminals who crucify the "enemies of Islam"? Is this not it shocking?

There are thousands of innocents in danger of life, hounded and torn, on the run from killers and Bergoglio worries about "not offending" the executioners?

Why all this respect when it comes to Islamic fanaticism? Why not even dare to name it? And why would the international community put an end to the "humanitarian tragedy" without him saying how?

Moreover, the pope could follow the example of John Paul II. We had already thought of this great pontiff in fact to develop the concept of "humanitarian intervention", twenty years ago, when you needed to prevent a crime against humanity and there were no more diplomatic means it was a must, on the part of the international community, to target the area with a military intervention which was proportionate to avert the perpetration of horrors looming.

It was enough for Bergoglio to repeat this principle that has already been implemented at the international level.

On the other side that's why we need to say to the bishops of these lands: "I'm afraid there is no alternative to military action at this time, the situation is out of control, and the international community is responsibility for having done nothing to prevent or stop it. "

That was said by Matti Bashar Warda, the Archbishop of Erbil located in the front line, in the drama.

And 'too comfortable - by some Catholics - launch generic complaints against the West, against the "guilty silence" (of who?), When for years among the notable Catholics you carefully avoid denouncing the Islamist fanatics in your name and when you only care to point out that theirs is not the real Islam (which as you know is a bed of roses), when you do not voice vigorously to the Islamic world it's the duty to respect the Christian minorities and avoid asking for concrete action by the international community to put an end to this massacre.

Moreover Bergoglio has not asked for humanitarian interference, but neither has he launched relief operations or humanitarian initiatives of solidarity at the international level which (could) involve the wider Catholic world.  He has been late also with the activation of diplomacy.

On Sunday, the Angelus, he did not say a single word about the tragedy in progress and has even been silent on the initiative of the Italian Church which has called for a day of prayer on August 15 for the persecuted Christians.

Is it also "offensive" to Muslims to pray for persecuted Christians?

At least one of the Italian bishops will be a in real and serious Christian prayer.  It will not happen, to revisit the imam who was invited to the Vatican for the peace initiative on 8 June with Abbas and Peres, he chanted a verse of the Qur'an where Allah is invoked by saying "give us victory over the unbelievers."

Almost a hymn to the Islamic "holy war" in the Vatican Gardens.  An accident unheard of.

At the prayer organized by the CEI will not happen. Now it is expected that at least the Pope, sooner or later, will join the initiative of the bishops, perhaps repeating the prayer in St. Peter's Square for peace in Syria, which, as we recall, combined with diplomacy, it had some good effect.

Also it would be desirable to have the participation of all Christendom for initiatives of aid and solidarity to the persecuted (Christians).

But it seems that this is not the air. It seems to be back to the loss of gloomy seventies, the ideological subordination of Christians, in the darkness which was dissolved only by the eruption of the great pontificate of John Paul II.

Posted by hereisjorgebergoglio at 5:23 AM