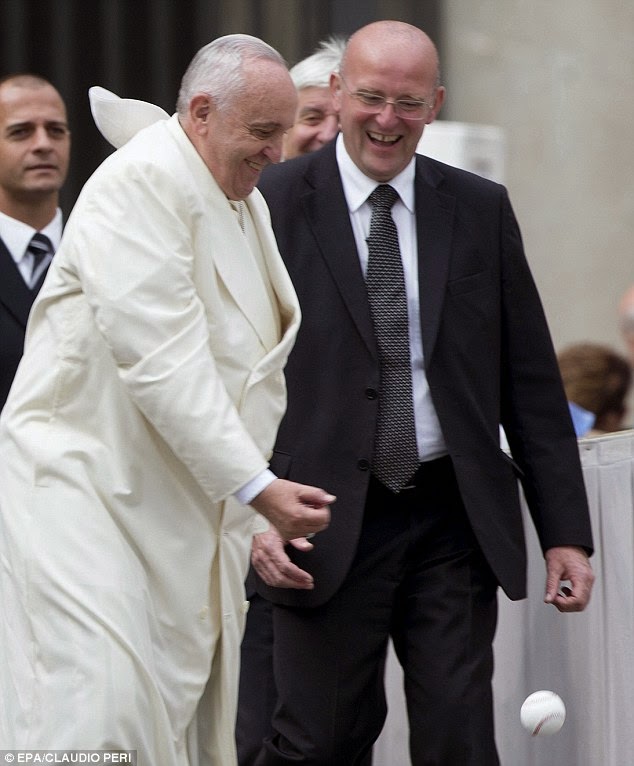 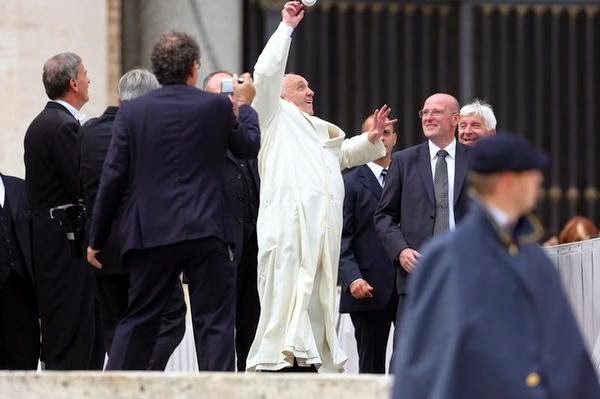 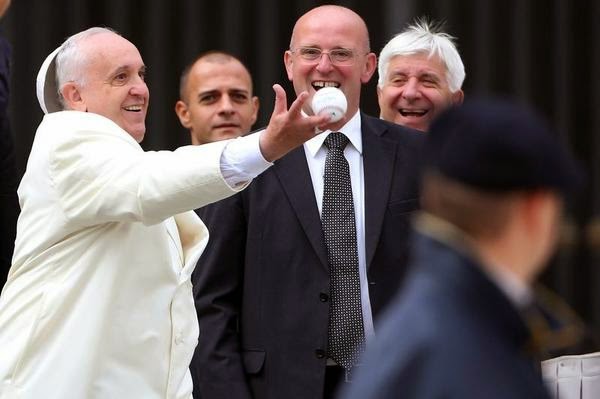 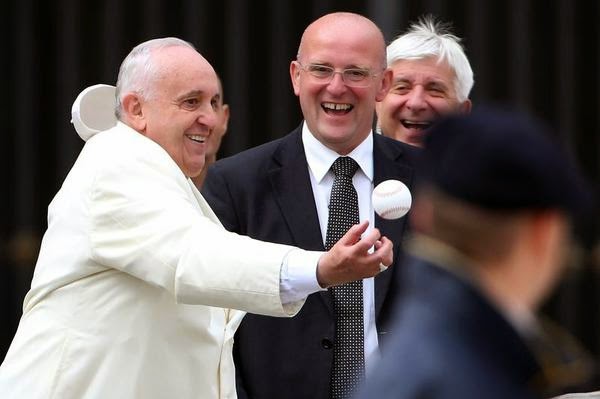 Palm Beach family behind baseball signed by Pope
'It was like winning the World Series'
By Andrew J. Davis
Daily News Staff Writer


If there was ever a doubt that Palm Beach is the center of the universe, it can be dispelled. The baseball signing heard around the world has a Palm Beach connection.

It turns out, it was the Koeppel family of Palm Beach that hit a home run Wednesday on a family trip to Rome when Pope Francis signed a baseball thrown to him from the crowd.

The 77-year-old pontiff urged an onlooking fan, who turned out to be part-time resident William Koeppel, to throw him the New York Yankees baseball during his weekly audience in St. Peter’s Square. The ball bounced in the pope’s right hand before falling to the ground, where it was retrieved by his security detail. The leader of the Catholic Church then signed and returned the ball.

“We were so ecstatic,” said Koeppel. “It was like winning the World Series.”

What will happen to the ball? The family plans on donating it to St. Edward Catholic Church — which helped him secure the VIP tickets to see the pontiff — for its annual dinner Dec. 10 at The Breakers, where it will be auctioned off. Proceeds will benefit the church’s annual toy drive.

Koeppel, after discussing the idea with friends in New York before the trip, came prepared. He yelled to Pope Francis to sign. When Pope Francis asked for the ball, Koeppel’s 11-year-old son, Chase, gave his father a ball, who then tossed it to the pontiff. His other son, Harrison, 14, threw the pope a pen. On a side note, Harrison was confirmed Sept. 7 and his confirmation name is Francis.

The family had hoped to have two other balls signed — one for Palm Beach Day Academy and one for the New York Athletic Club — but were only able to get one autographed. Harrison is president of the Day Academy student council, which also counts Chase as a member. The senior Koeppel is on the admissions committee of the club. 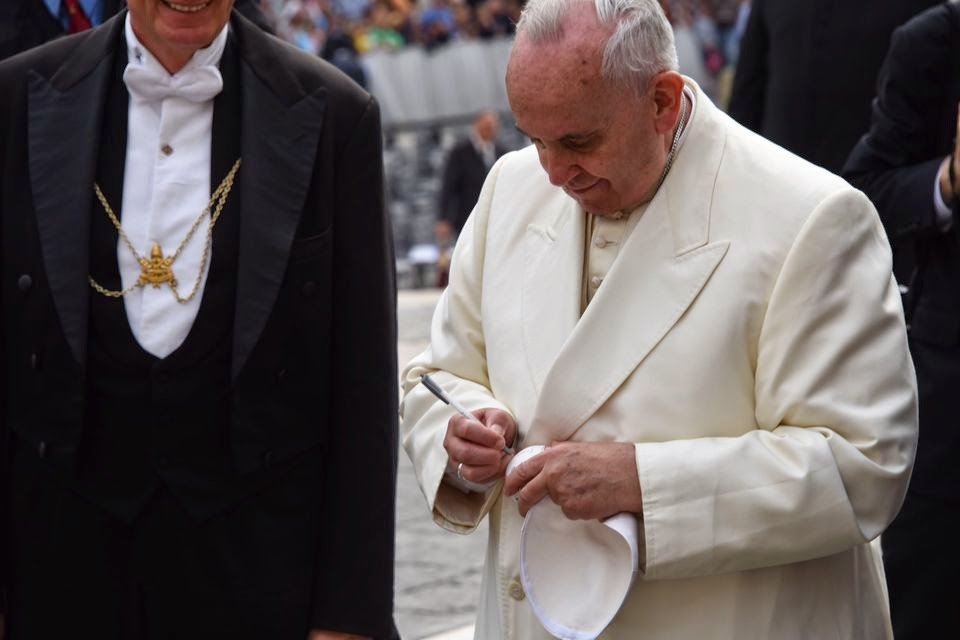