Francis is a pendejo (silly person)

José Ignacio the nephew Jorge Mario Bergoglio, is not the most devout person in the world, but a pilgrimage to Luján shows it causes the faith of many to grow.

Early this month an article,  El sobrino del Papa peregrina a la Basílica de Luján y dice que ve a su tío rejuvenecido, was published by Religion en Libertad.  We have one note in the next paragraph on the article concerning the word pendejo, then the article, followed by some of Call Me Jorge...'s comments.  With regards to the article there are some quotes in it which are dandies!

The Spanish word pendejo in the article is translated into English by the author of the article as "boy" or "adolescent".  In the Spanish we are familiar with this translates into English as a curse word which is much worse and  stronger than "idiot" or "jerk" and we will leave it at that.  According to wikipedia, pendejo is used in Argentina as to refer to a male child who tries to act like an adult, a child who is a brat, or to someone of little to no social value.  Call Me Jorge... did ask a native speaker what this word means to an Argentinian and were told by them as they laughed, it is a "silly person".

The nephew of Pope makes the pilgrimage to the Basilica of Luján and says he sees his uncle rejuvenated
6 October 2014
Gisela Nicosia / Perfil.com

José Ignacio Bergoglio, nephew of Pope Francis, shares his memories and is thrilled with his uncle. "He's indeed a 'pendejo' [in Argentina and Uruguay this informal word meaning "boy, adolescent"; Note of ReL] he loves what he's doing."

The youngest son of María Elena, the only living sister of former Cardinal, stood by PERFIL at the 40th edition of the pilgrimage of the Virgin of Luján, held from noon on Saturday, 4th of October and was excited to see the religious fervor in young people, something that relates directly to the change of his uncle, Pope Francis.

"Faith is never lost. (sometimes) It is anesthetized, it is sleeping.  You feel more or less faith, and at times it depends on who inspires you.   Many return again to go to Mass or to pray for my uncle.  So unless a believer teaches the guardian angel prayer to a child; or at a key moment (one) prays a Hail Mary.  And it shows that people are regaining their faith."

José Ignacio says his uncle notices the "rejuvenation". "He is indeed a pendejo, he loves what he is doing and gets excited because he knows the change that is generated," he confesses.

Faith in the family

Since childhood, José grew up with a very close link to religion.  He recounts that his mother is a catechist, his godfather is a priest, his aunt was a nun and now his other uncle is none other than the Pope. "Faith is huge in my family," he says and gives details about his relationship with the ex-Cardinal.   "We're just as close as before, with the difference being that I cannot go see him when I want to (now).  He is always calling to know (how we are) and see what we have been up to.  He calls at least once or twice a week to talk to us," he says.

In turn, he looks at some of the moments where he enjoyed him.  "When I was in the Cathedral, I went to him and told him about my problems.  On one of my visits, I went with a friend, and he was in an audience eating cookies we hope, that the nuns had prepared.  He laughed because he always gave us something.  He is a great counselor and always gives his opinion as uncle, not as a priest or now as a Pope," he says.

Walking to the Basilica of Luján

While José Ignacio recounts his history and his family, the pilgrims with their banners, flags and promises are still walking along Rivadavia Avenue to reach the Basilica.  There was also José , in 2003.

"I walked Luján mobilized by the faith.  It called my attention and I did it with a (female) friend.  By mistake, we stopped for over a hour to take matte, then we struggled on.  I walked in Franciscan sandals, despite what I was told by many, and they did not blister me," he remembers and assumes he will soon return.

"I was a believer, because the Virgin of Lujan is the patron saint of Argentina. I did not ask for anything, I always had a lot to be thankful for, especially now. I remember how people embraced each other upon arrival and got emotional," he says.

José Ignacio attended kindergarten, primary and secondary part of the school of the Slaves of  Ituzaingó.

He prayed every night and made ​​several retreats.

"In fourth grade I asked my teachers to take communion with my uncle and they accepted," he says pointing to the only picture he has of them from that moment (first communion).  I I also had my confirmation  with him, and when he gave me the slap (which is part of the ceremony) gave me such a strong smack, my face turned. He looked at me, winked and laughed.  It was one of the many jokes that he played on me" he added. 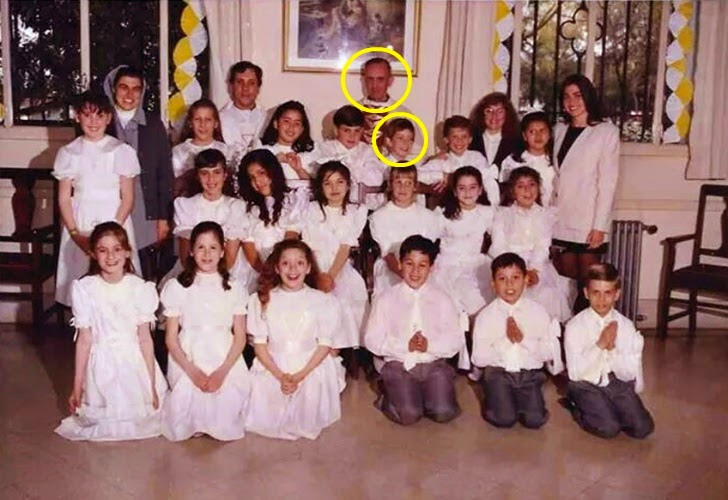 Now José Ignacio lives with his girlfriend and dreams that when he marries his uncle will officiate the ceremony. "I asked him, maybe it's not possible but it is my desire," he reveals.

[Note of ReL: We could not find any other source to confirm that the nephew of Pope cohabits with a girl who is not his wife, which of course contradicts Catholic teaching on marriage (and that all sociological statistics around the world agree (cohabitating) increases the chances of the relationship not lasting).]

The appointment of Bergoglio, forever changed not only his life but also his family's. The change was overwhelming at first but now, after one year and a half of the papacy, Francis has began "to live normally."

None of them traveled to Rome and they hope to see him soon. "I think I will see my uncle in the country very soon. So many people need to see him that we prefer to wait and not go.  That day (we see him) will be a revolution in the country because he creates it (revolution) with his pure transmission of faith," he concluded. 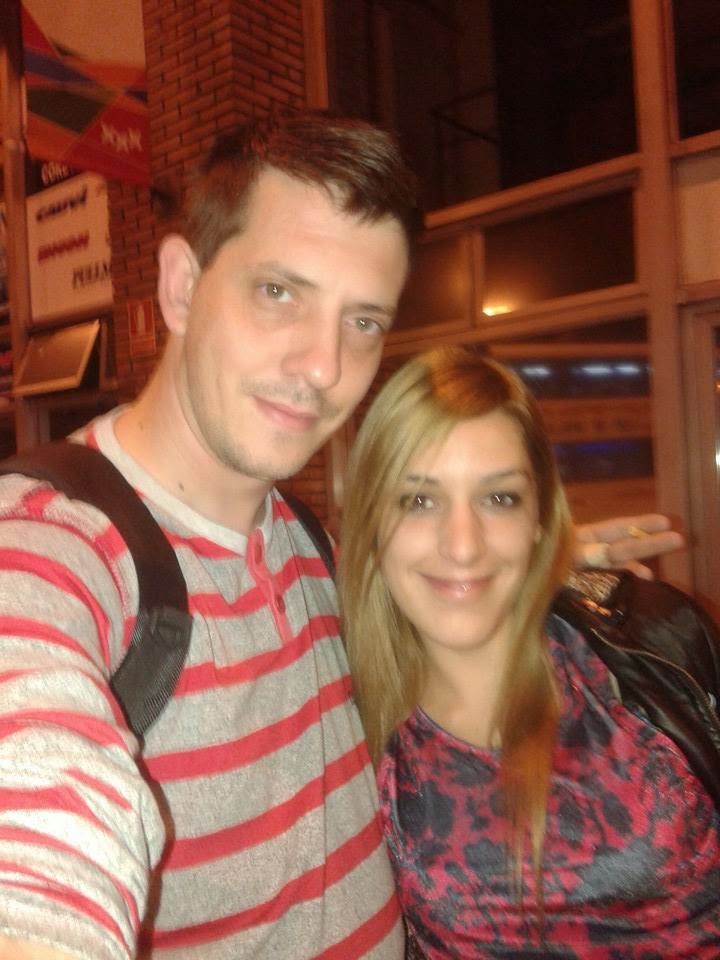 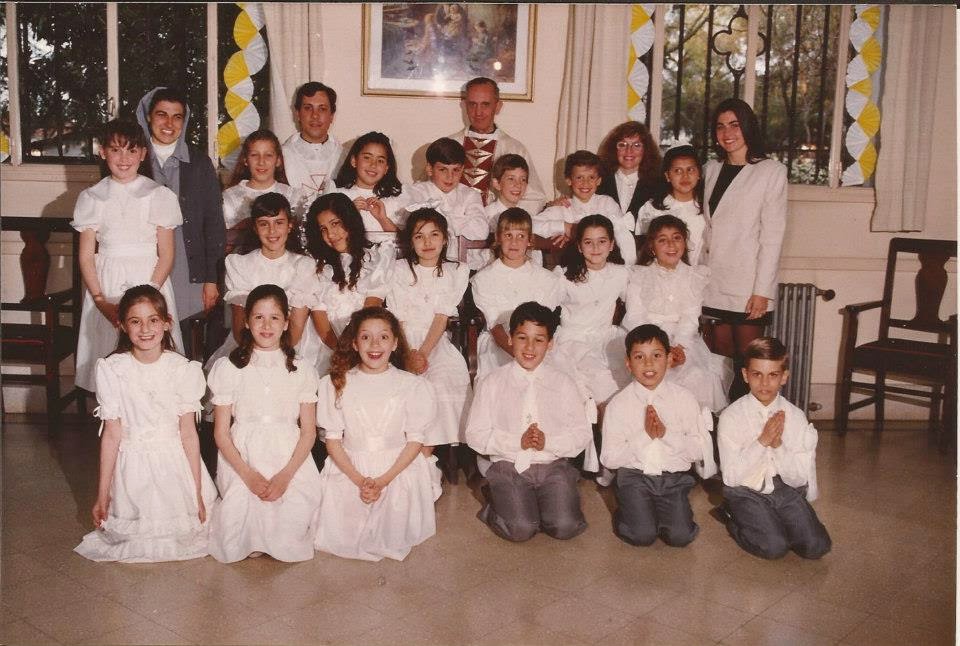 
Who wants to bet Francis gave his nephew communion in the hand? 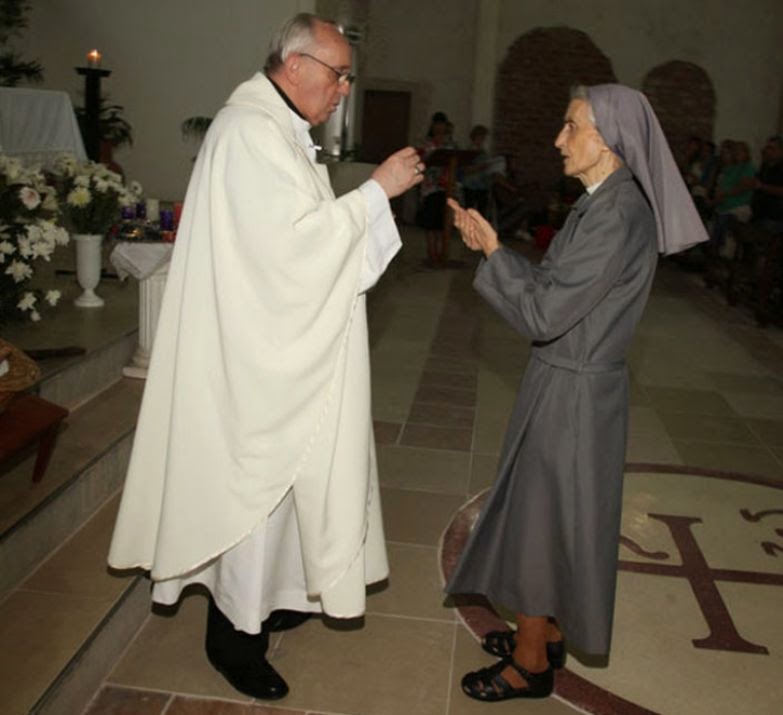 To see more pictures of Francis giving communion in the hand, see Voris borrows latest excuse from Malachi Martin and scroll down.

A few videos showing Francis administering the sacrament of confirmation.  Do you see Francis slapping any of the confirmands in the face?


Looks to us as if it was spiritual hugs and kisses all around. It seems a safe conclusion to draw that the only time Francis follows the rubrics is when he can make a joke out of the Novus Ordo religion.


That Francis, he's a funny guy!


To recap,  Francis is a pendejo (silly person) unless he is talking about... 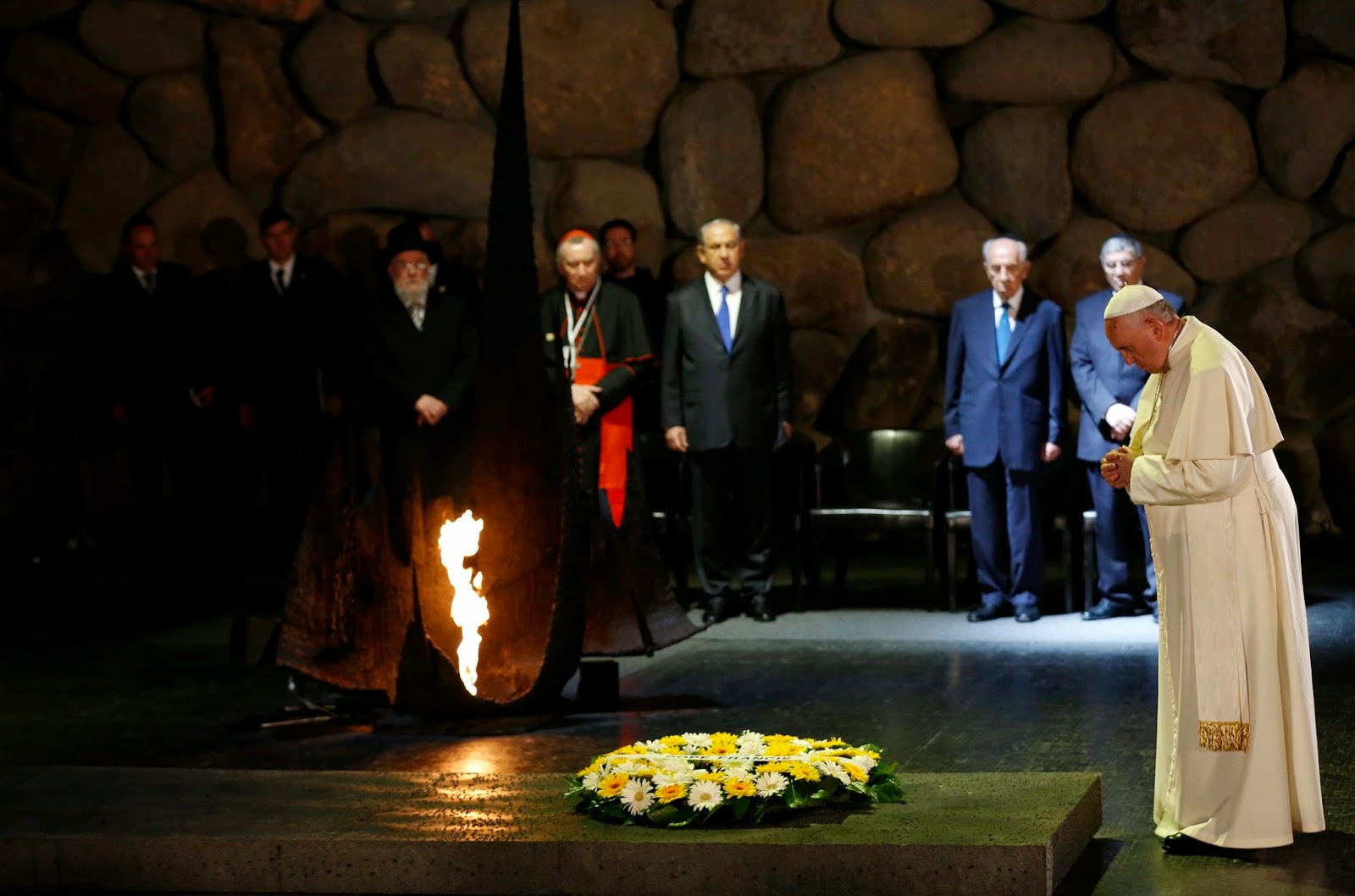 Posted by hereisjorgebergoglio at 4:59 PM