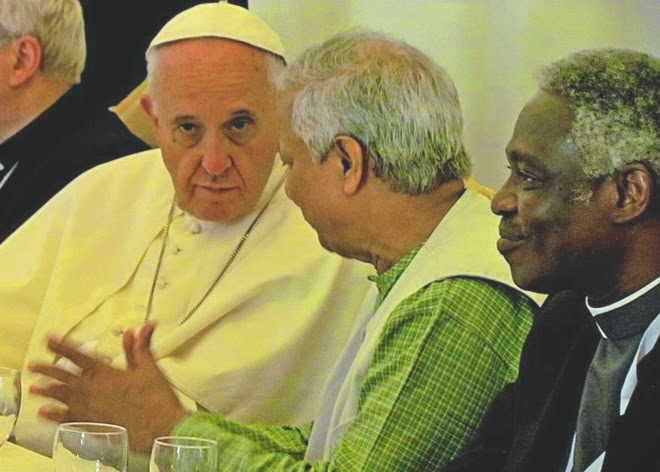 Muhammad Yunus, a Muslim who believes in usury.

"The Catholic Church under the leadership of Pope Francis is seeking to formulate a new economic policy, taking into account the spiritual perspective," said a statement issued by Yunus Centre in Dhaka yesterday.

The leader of the worldwide Catholic Church invited the Nobel peace laureate and some other influential thinkers to a conference on “The Global Common Good: Towards a More Inclusive Economy” in Vatican City on July 11-12.

The Pope took the initiative to hold the consultation meeting on what is needed at the global policy level to overcome the social plagues that humiliate the dignity of people.

In line with his predecessors, the Pope has declared his opposition to the absolute autonomy of markets and financial speculation and to an attitude of indifference that characterises today's political, economic and social situation.
He also expressed a keen interest in the social business idea developed by Prof Yunus and his view about the role of selflessness in the economy, according to the statement.

During the conference organised by the Pontifical Council for Justice and Peace, Prof Yunus highlighted his views about poverty, unemployment and state charity.

He explained to the church leaders how social businesses could create a world free from unemployment, poverty, and dependence on state charity.

"The present conceptual framework of capitalist economy is morally wrong and is based on a very narrow interpretation of human beings, which assigns a role which is antagonistic to the unleashing of basic human qualities of sharing and caring," Yunus said.


Micro-usury is the current rage at the Vatican.  Anyone can see the Novus Ordo church has compassion for the poor!

Recall the earlier post, The man centered religion of Francis, of the Novus Ordo Missae, of the second Vatican Council, and of the New World Order, which discussed the conference Mohammed Yunus spoke at.  The topic wasn't Christ, the Kingship of Christ, or Christian economics.  Instead the focus was on man and how when man isn't the center everything goes bad.

Fittingly since he supports usury albeit on micro-terms (it is still usury) it would not surprise Dante Alighieri one bit that Dr. Yunus also is a supporter of sodomy.  He should have fit in well with Francis and the pack of sodomites at the Vatican.  As Archbishop of Argentina, Jorge Bergoglio helped pave the way for the bankers.  Once they saw he could do their economic bidding on a regional level they saw to it he was promoted so that they could implement a similar plan to plunder the people of the world of the few assets they have left.  Francis' role is to give everyone spiritual hugs and talk tough while leading his flock to the poorhouse where they will be sheared before putting them on the path to perdition.


Islam, sodomy, and usury, it's all good to Francis, 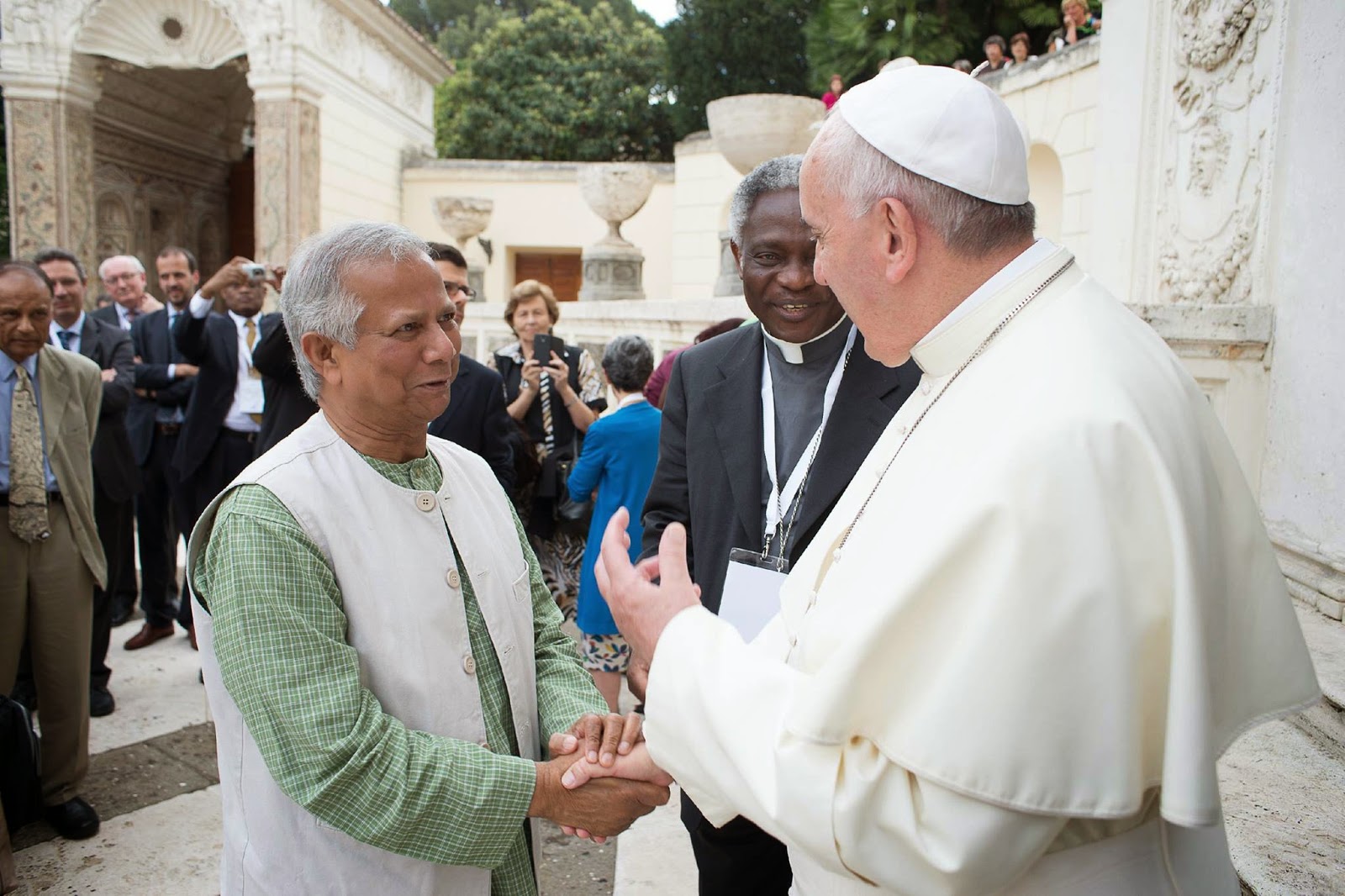 as long as Christ is left out of it! 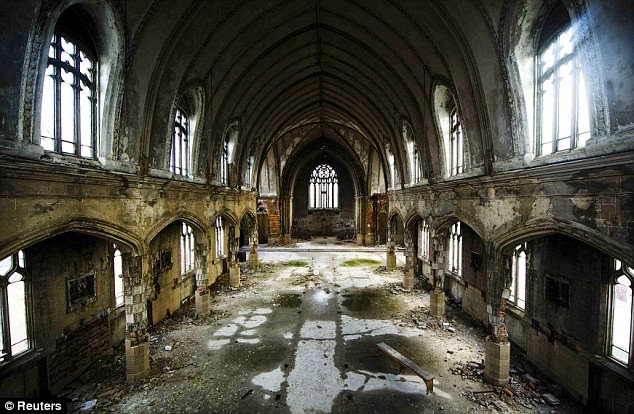 Following the teachings of Francis will lead you not
only to the poorhouse but also make
one spiritually bankrupt!
Posted by hereisjorgebergoglio at 10:43 AM