UPDATE : RAIMONDO IS THE GOVERNOR 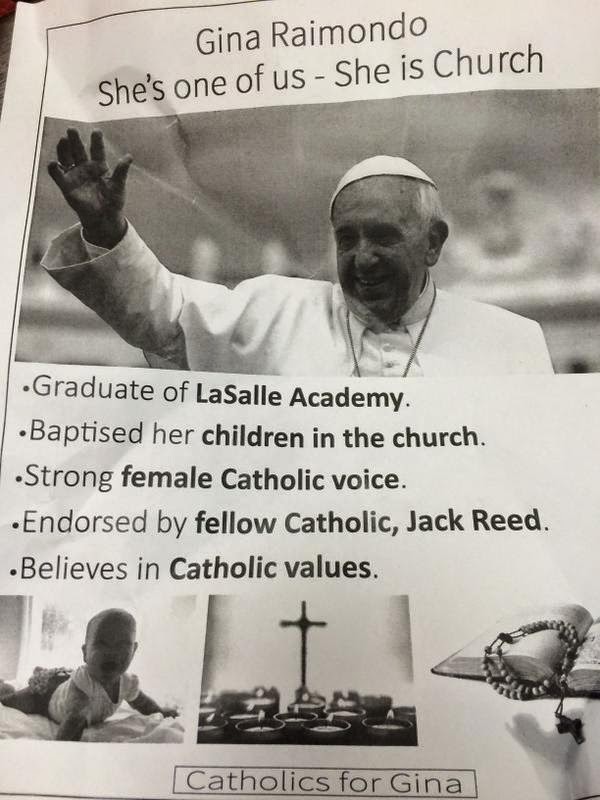 Gina Raimondo was endorsed by Planned Parenthood and bragged during  her campaign she was more pro-choice (abortion) than the Republican she was running against!  Are these un-Catholic positions of Gina part of her gradual path back to the church?  Remember according to Francis one shouldn't use harsh language less it scare the woman away from the faith!  And don't condemn her either unless you want to be labeled a Pharisee who is fixated with rules by Francis.  After all, those who oppose sodomy and abortion are just plain obsessed!  We at Call Me Jorge... are not suggesting that Francis endorsed her but are posting this to show what kind of people Francis attracts and what mentality he is instilling in people.
Posted by hereisjorgebergoglio at 6:40 PM