the first of what will certainly become many volumes...

...Interviews and Conversations with Journalists 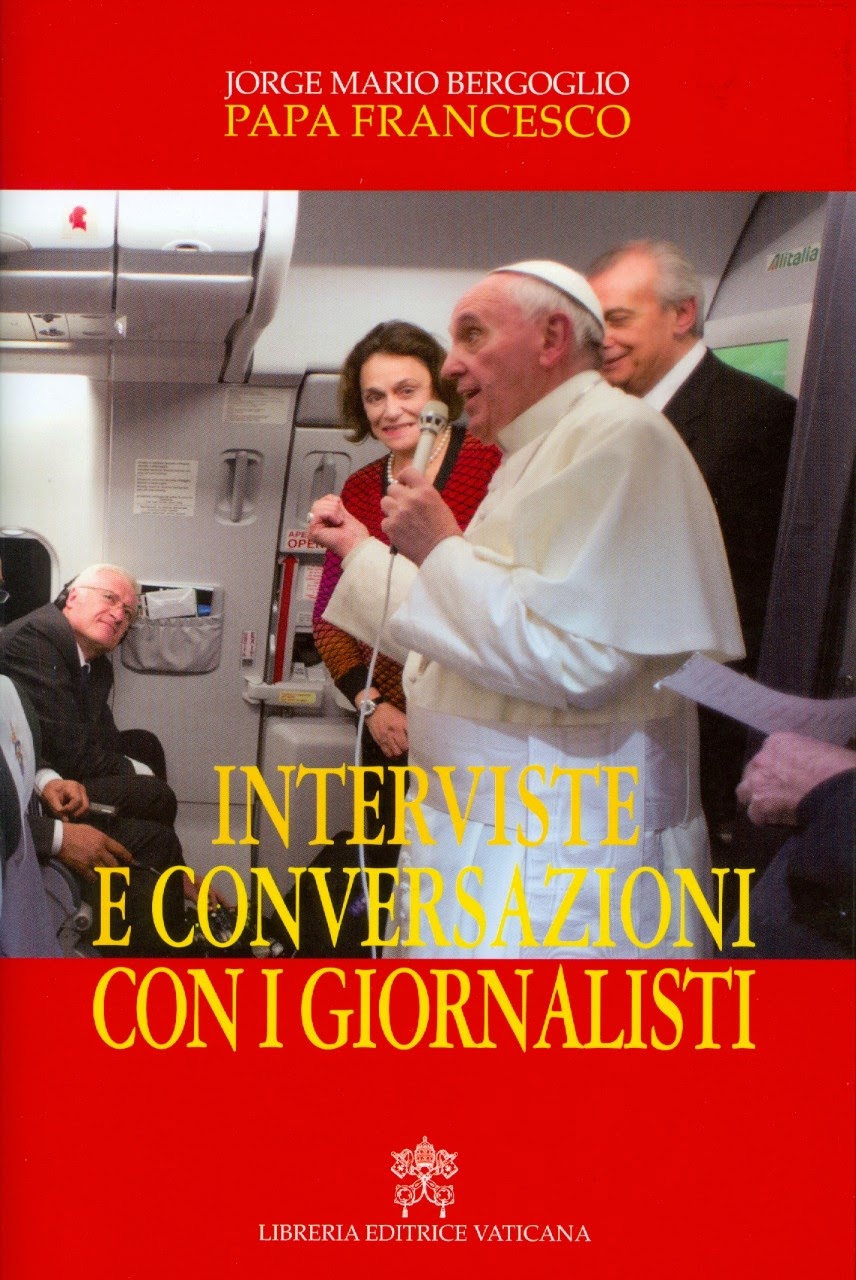 A sure to be a best-seller with the interviews of Francis, including two with the atheist Scalfari!  Watch as your favorite Francis apologists ignore the publication of this book.  These same apologists told you not to worry about the Scalfari interviews as he is senile, doesn't take notes, and is a communist.  No we're not talking about Francis but Scalfari!  Remember, what we here at Call Me Jorge... wrote in Another Francis interview by atheist Scalfari,

How can anyone take these excuses seriously?  Did Francis not invite this atheist back for a third interview?  His first rate pro-sodomy public relations machine logically told Francis how the interviews were being received.  So why does Francis keep repeating the same behavior if his words are being misconstrued?   When one plays the card game poker, one needs to always know who the fool is.  If one doesn't know who the fool is then more often than not they are the fool.  Francis loves playing his followers for fools. It is all part of his humble act.


The Scalfari interviews in question were on the Vatican's website, then off, then back on, and then back off again.  Now the Vatican's publishing house is releasing a book with these interviews in them.  Maybe its an evil plot by scheming bishops and cardinals to make Francis look bad!  Don't bet on it.  These interviews are a critical part of Francis' magisterium in which he ignores the traditions of the church and instead makes up his own.

Relive all your favorite un-Catholic lines of Francis such as,

"There is no Catholic God!"

and many, many more!

Go over to Libreria Editrice Vaticana and order your copy today!  Available only in Spanish and Italian.
Posted by hereisjorgebergoglio at 3:51 AM