The Fruits of the “New Springtime” of Vatican II in Italy 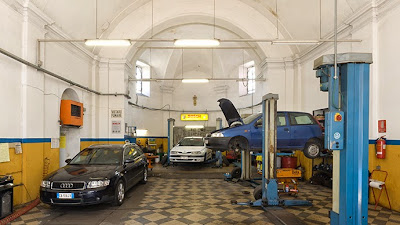 With the Italian economy crippled by recession, more and more churches are being deconsecrated and sold to private buyers, who repurpose these former houses of God into banks, theaters, night clubs and even car repair shops.

“I loved all of them. I like places, which have irony in them. And that was the feeling I experienced in all of those churches,” says local photographer, Andrea Di Martino, who visited and took pictures of 70 former churches.

Madonna della Neve church in Como was among the first such churches he visited, inspiring the whole project.

It was deconsecrated in the late 1950s and turned into a successful car repair shop by the building’s new owners.

“When I left it, I realized that I want to learn what’s happened to the rest of those churches,” the photographer said.

Churches in Italy are deconsecrated when the condition of the building makes it dangerous, or when attendance drastically decreases.

They sell pretty well due to being solid structures, with high ceilings, usually located in the centers of towns and villages. 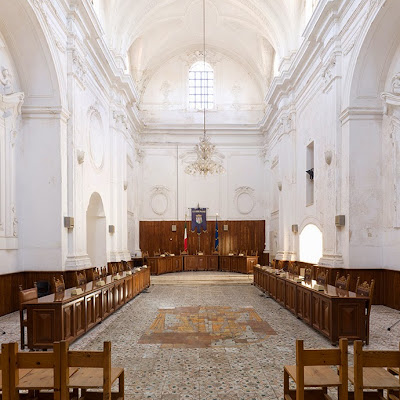 In the port town of Ugento, clerics had to clear the St. Philomena church so that court hearings could be held there. (Photo by Andrea Di Martino) 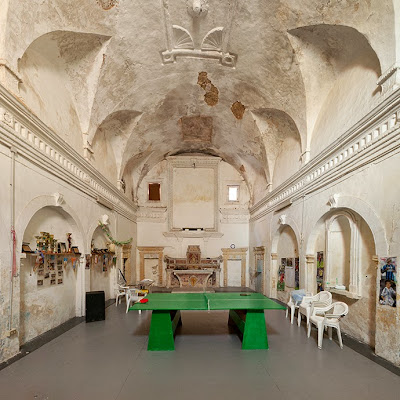 The Santa Lucia church in Montescaglioso fell into the hands of sports fans, who decorated the walls with football posters and also installed a Ping-Pong table. (Photo by Andrea Di Martino) 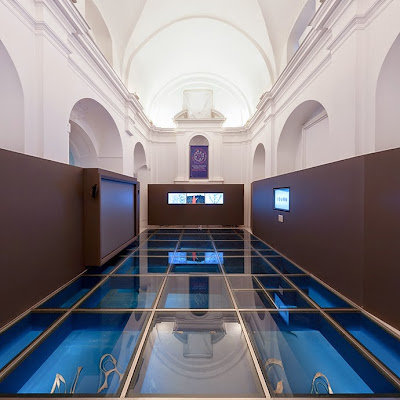 A church in Salerno, dating back to 1,000 AD, has been turned into a museum of the local medical school. (Photo by Andrea Di Martino) 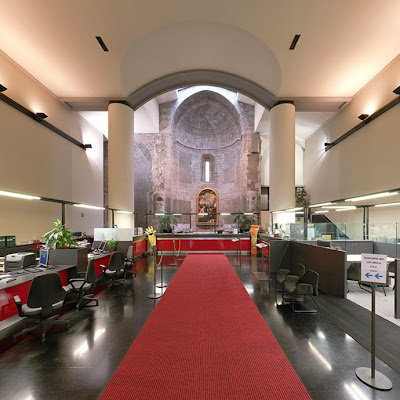 The former Santa Sabina church, which was completed in 1036, has served as a bank for the last four decades. (Photo by Andrea Di Martino) 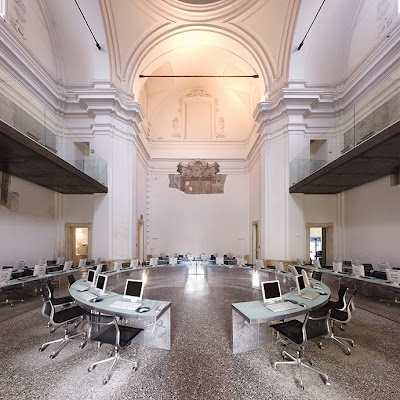 A multimedia library found its home at Milan’s former church of Santa Teresa, which was built in 1694. (Photo by Andrea Di Martino) 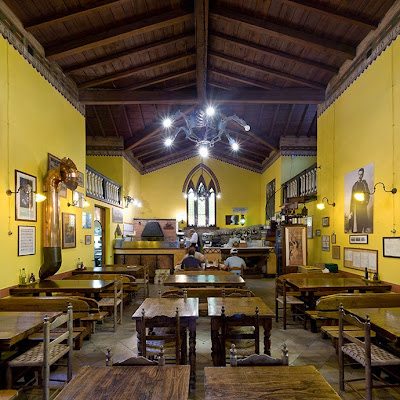 A former house of God in Viareggio, which was deconsecrated in 1977, became a pizza place, named ‘La Chiesina’ (the [little] church). (Photo by Andrea Di Martino)

Repurposing defunct church buildings is a practice common not only in Italy, but in other Western European nations as well. In 2008, Dutch bookstore chain, Selexyz, turned a 1294 church in Maastricht into one of the most famous book shops in the Netherlands.

Source: Russia Today
Posted by hereisjorgebergoglio at 4:32 AM