Will Francis attend the 22nd Edition of the Christmas Concert? 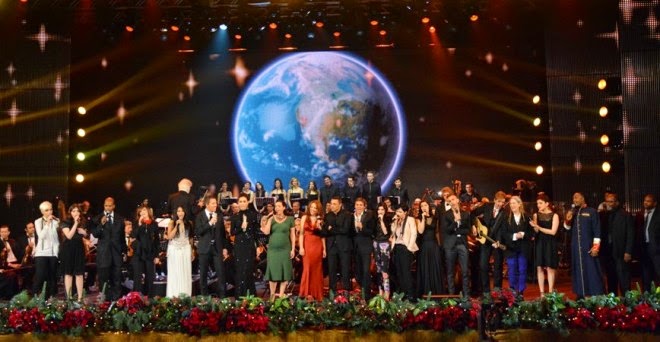 The Christmas Concert (Concerto di Natale) began life as Christmas at the Vatican (Natale in Vaticano) in 1993.  For its first thirteen years it was held in the Paul VI Hall.  This changed in 2006 with Benedict XVI as he no longer considered the concert acceptable.  Why he didn't shut the concert down if it was inappropriate is another question.  The Christmas Concert bounced around from venue to venue until 2011 when it found its present home at the Auditorium Conciliazione of Rome (Auditorium della Conciliazione di Roma) which is right down the street from St. Peter's Basilica.

Each year the concert has been held the proceeds go to benefit one cause or another.  This year the tickets start at € 75.00 and go up to € 250.00 and the cause the Worldwide Don Bisco Foundation is pushing is called "NIÑOS DE PLOMO" or "Children of Lead".  The "Children of Lead" project will educate children and adolescents about the dangers of lead in the Peruvian slums of Puerto Nuevo, in Callao, the port of Lima which happens to be heavily contaminated with lead.

As you peruse the list of musicians below consider that Francis approves of all of them by letting this concert take place.  Don't think for an instant Francis couldn't put a stop to Suor Cristina singing at this Christmas Concert or Patti Smith or dance music DJ Bob Sinclar or the concert being canceled entirely all-together.  Sadly, the show will go on.

Singing at this year's Christmas Concert are the following musicians:

As one can see the musicians come from all disciplines ranging from punk rock to gospel music to dance club disc jockeys.  The Winx Club is an Italian animated cartoon with witches, fairies, and wizards.  We believe the regular readers of Call Me Jorge... are already familiar with Suor Cristina so if you are not familiar search this blog for her.  We predict Suor Cristina will sing her rendition of Madonna Ciccone's "Like A Virgin" at this show.  The choice of a musician that interests us for this concert is someone who also sang at the 2013 Edition and was asked back.  This is none other than the "Godmother of Punk", Patti Smith.  See dear reader, Patti has an interesting past and like Elton John, she is a huge fan of Francis.  She can remain as radical and anti-Catholic as she wants and still be a guest of the Novus Ordo church and get to visit with Francis.  Here is what we posted about Patti in our entry, Jorge meets punk-rocker Patti Smith,


Jorge had punk-rocker Patti Smith in his V.I.P. area at his general audience with the public at St. Peter’s Square. She is famous for singing a poem at the beginning of the song Gloria. The lyrics are as follows:

It is not known what the two discussed but Patti said she, “liked him a lot" and found him "very interesting.” The blasphemous pop star Madonna has referred to Patti as a major inspiration in her career. Patti is currently on tour singing and has a museum display, at the Contemporary Arts Center of Cincinnati, USA , which is a tribute to the life and death of the pedophile homosexual Robert Mapplethorpe.


A little on Patti's background, she was raised a Jehovah Witness and said,

"My sister is still Jehovah's Witness. We talk all the time. I like to keep abreast of what she's doing and what she believes in. I believe there is good in in all religions. But religion, politics and business, all of these things, have been so corrupted and so infused with power that I really don't have interest in any of it – governments, religion, corporations. But I do have interest in the human condition."


According to author Steven Lee Beeber in The Heebie-Jeebies at CBGB’s:  A Secret History of Jewish Punk, Patti flirted with Talmudic Judaism and seriously considered converting.  Beeber also said "no holocaust, no punk" and "that many of the early punks were influenced by the Jewish humor tradition as revolutionized by Lenny Bruce, and that quite a few of them, Jewish or not, had a striking interest in…the Nazis."

Recently, Patti wrote and sang the theme to the movie Noah by Darren Aronofsky.  This movie cavalierly tosses aside the Biblical Genesis and replaces it with a witches brew of Gnosticism, Kabbalah( Zohar), and Rabbinical Jewish myths.  Patti said she was qualified because, "I felt that between my biblical knowledge and my love of lullabies, I could do it."

We at Call Me Jorge... believe that the above information about Patti Smith even though it only scratches the surface is more than enough to make a judgement call about whether or not she should be invited to sing at a concert in honor of the Birth of Our Savior.  Without further ado here are the songs she sang at the 2013 concert.  Were they befitting for this evening?


"Because the Night" Patti Smith

"People Have the Power" Patti Smith

If one so wishes to see the concert in its entirety, click this link which you take you to the playlist of the concert on youtube.

We wonder will Suor Cristina and Patti Smith sing a duet?  Will Suor Cristina's dream of meeting Francis come true?  There is no word yet, if Francis will show for the Christmas Concert.  Considering his past history of skipping two concerts at the Vatican's Paul VI Hall and the canceling of another concert due to embarrassment of him not showing for the previous mentioned concerts in his honor, we doubt if he will attend.  Oh, and we forgot to mention he didn't show up at last year's Christmas Concert either.  One will either have to attend the 13 December 2014 Christmas Concert or wait until Christmas Eve when is it broadcasted on television to find out. 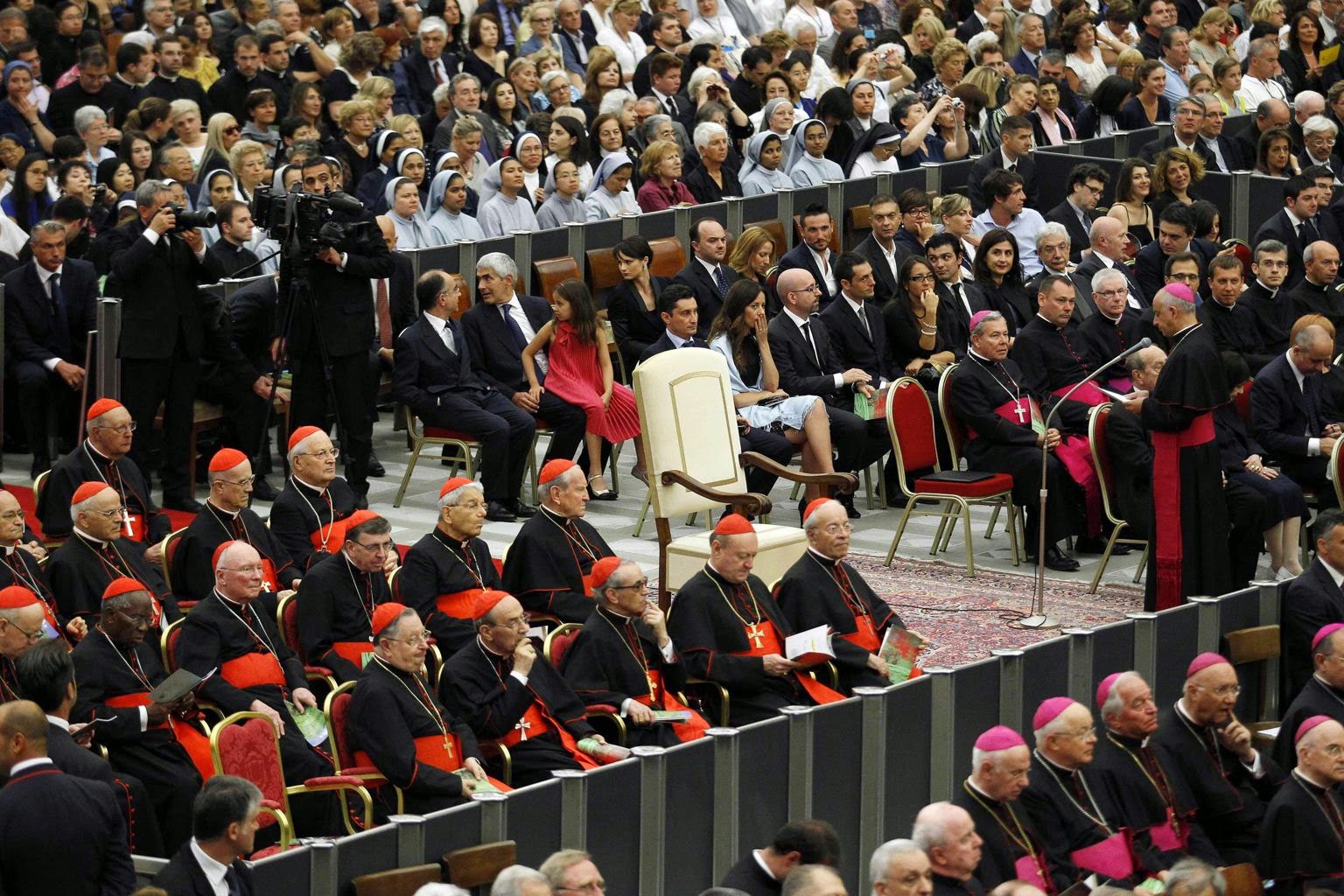 Posted by hereisjorgebergoglio at 8:28 PM