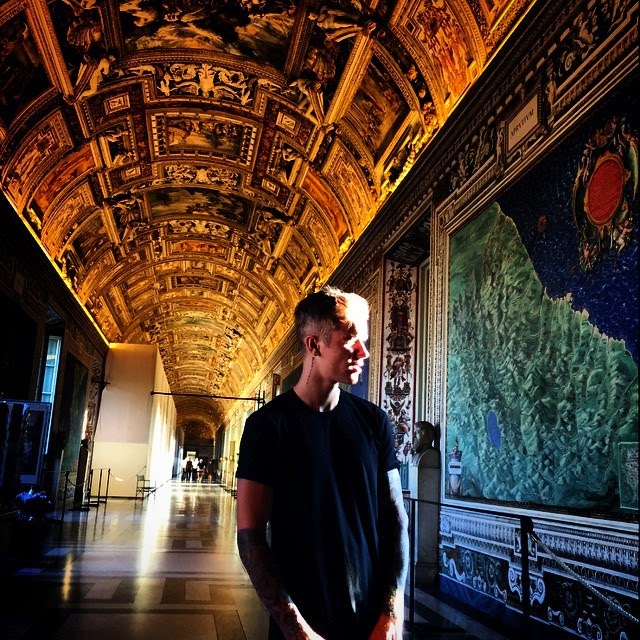 Justin Bieber posted this picture of his tour on Instagram


Another one from the You Can't Make This Up File.  In early October according to the Catholic Herald, Bieber,

"paid £16,000 for a private tour of Vatican City, taking in the Vatican museum and the papal apartments, which are not occupied by Pope Francis. But it is understood that he irritated staff when he began to kick a ball around the corridors."


Recall in October, Francis also rented out the Sistine Chapel to Porsche for $255,000.  Cha-ching, the Vatican must have been raking in the moola for the month of October.  Maybe, they added it to the 'recently discovered' (and we use those terms loosely) largess of off-balance sheet riches.   Remember the time Francis almost caught a baseball at his general audience, then autographed the ball?  No profanity seems off-limits at the Vatican.  Francis' relaxed style and devil may care attitude towards papal protocol seems to have influenced Bieber and his behavior which in our opinion belongs on a football pitch.  We do wonder if Bieber was shown Francis' Shrine to Football on his Vatican Tour? 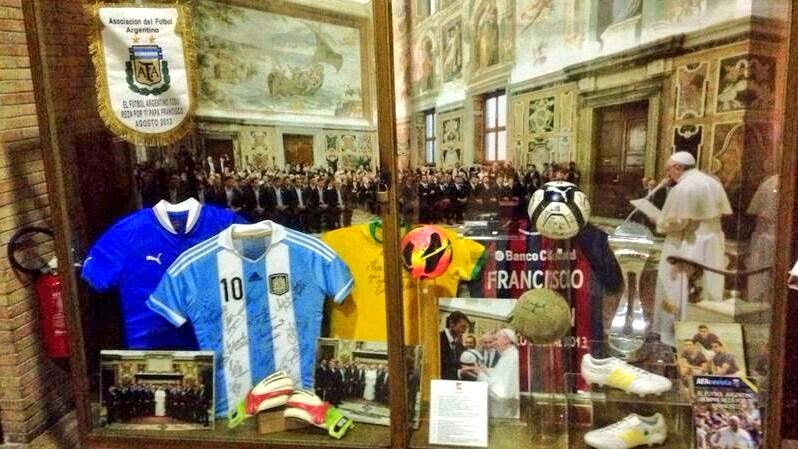 
Look at the photo below also from Bieber's instagram account.  Dear reader, if you were dressed like this would you be let into the Vatican?  We know we here at Call Me Jorge... would be refused entry.  The Vatican's website clearly states,

Access to Vatican Museums, Sistine Chapel, Vatican Gardens and Saint Peter's Basilica is permitted only to visitors dressed appropriately (no sleeveless blouses, no miniskirts, no shorts, no hats allowed). 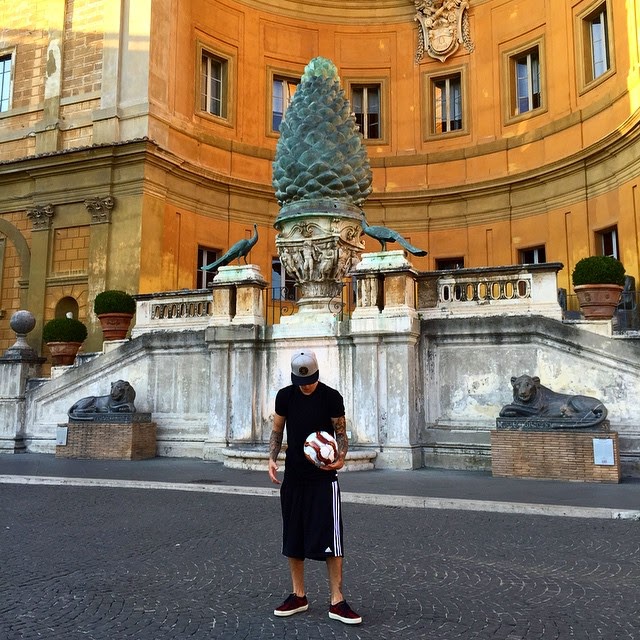 Bieber clowning around with a soccer ball at the Vatican


Were guessing that some people are more equal than others in the eyes of the Vatican.  What was Francis ranting on the other day?  Oh that's right, we remember he told Henrique Cymerman,

"Money is the god and we are guilty of worshiping idols, the idols of wealth,"


or the time he said to Antonio Spadaro,

"The church sometimes has locked itself up in small things, in small-minded rules."


Worshiping money must be one of those small-minded rules Francis so loves to break!  After all it must get expensive running a "field hospital" attending to all the wounded of the Novus Ordo church.  As the expression goes, money talks and people walk, or something similar to that.  It seems like we at Call Me Jorge... are not the only ones to see through the facade of Francis' (do as I say not as I do) revolution (unless it denigrates Catholic tradition). 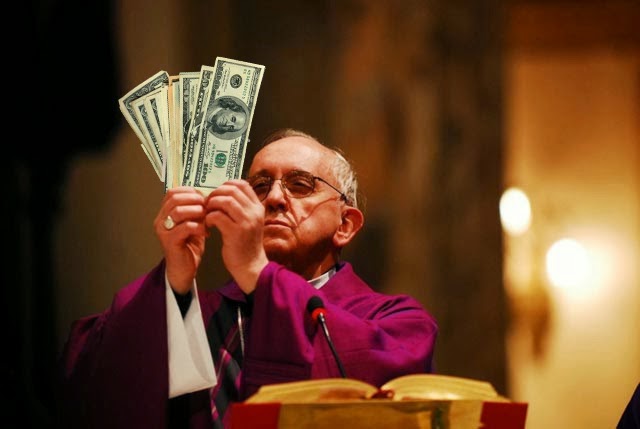 Hey, when you are like Francis and have no respect for the Vatican, the papal office you are occupying, or for yourself why should you expect anyone else to?  These two videos demonstrate how South Americans and Europeans portray Francis...as a joke.

Sadly, he is far more dangerous to many souls than a joke.