...you know, the temple built around a Bodhi tree grown from a branch of the original Bodhi tree
under which Siddhartha Gautama (aka Buddha) attained 'enlightenment' 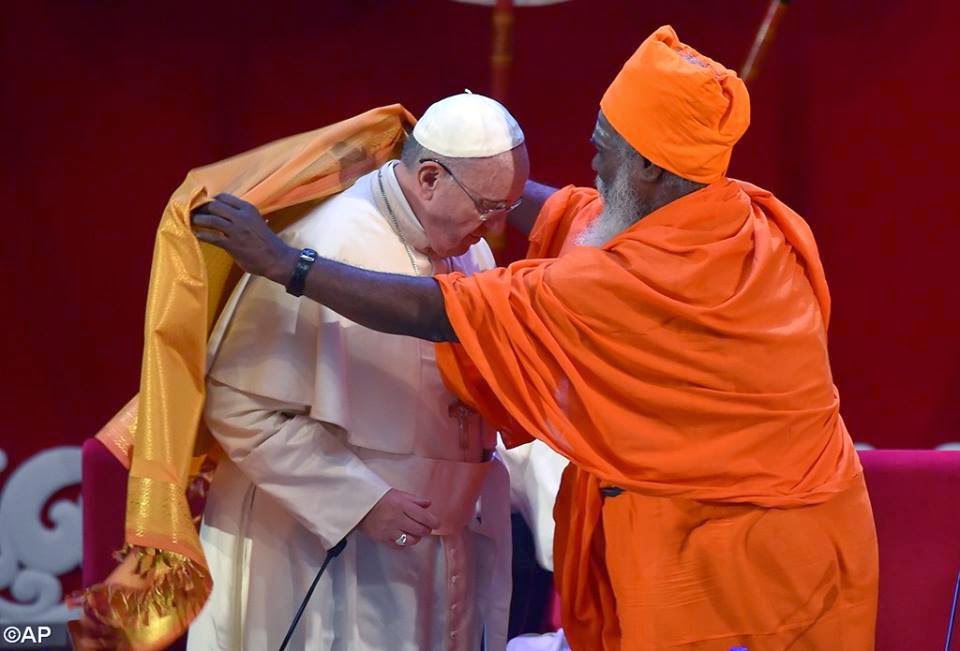 On arriving his first day in Sri Lanka, Francis sat down to an inter-religious dialogue.  At this meeting he donned a uttariya shawl which was a gift from Sri Lankan Hindu priest Kurukkal SivaSri T Mahadeva.

Francis followed this behavior today with, as reported by John Allen, Jr.,

"The unscheduled stop, which the Vatican spokesman said lasted roughly 20 minutes, came after Francis had returned from an excursion earlier on Wednesday to a Marian sanctuary in northern Sri Lanka..." 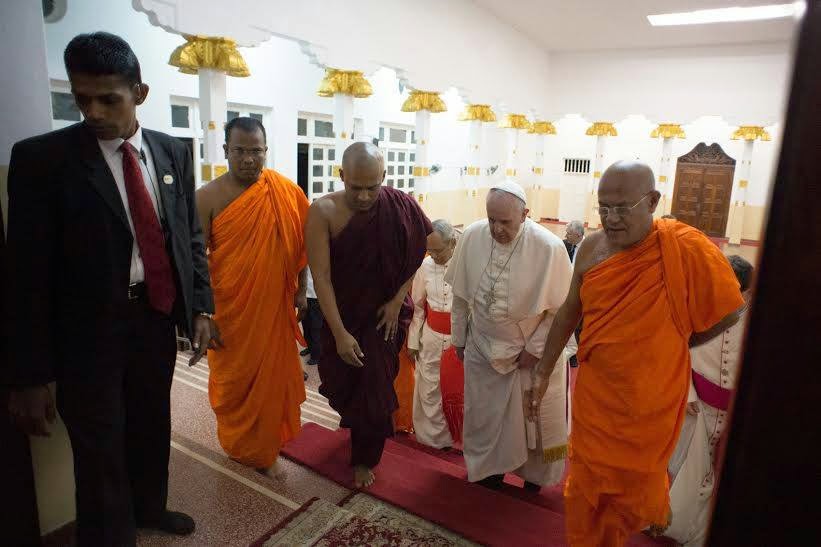 
Isn't that Catholic?  Visiting a Marian shrine and on the way home stopping by a Buddhist temple!  Who does Francis believe God is?  Oh, but it's for inter-religous dialogue so it must be OK.  Please, this is not Catholic behavior and sets a bad example. Allen continues,

"While there, according to a Vatican spokesman, Francis was shown a room with a statue of the Buddha and two other holy figures in Buddhist tradition. His hosts also showed him a jar containing relics that are only opened occasionally, but which they opened for him.

There was also singing, during which the spokesman said the pope “listened respectfully.”

While not an absolute first, given that Pope John Paul II called upon a Thai Buddhist leader named Vasana Tara in a Buddhist center during a visit to Bangkok in 1984, Francis’ stop was certainly unusual." 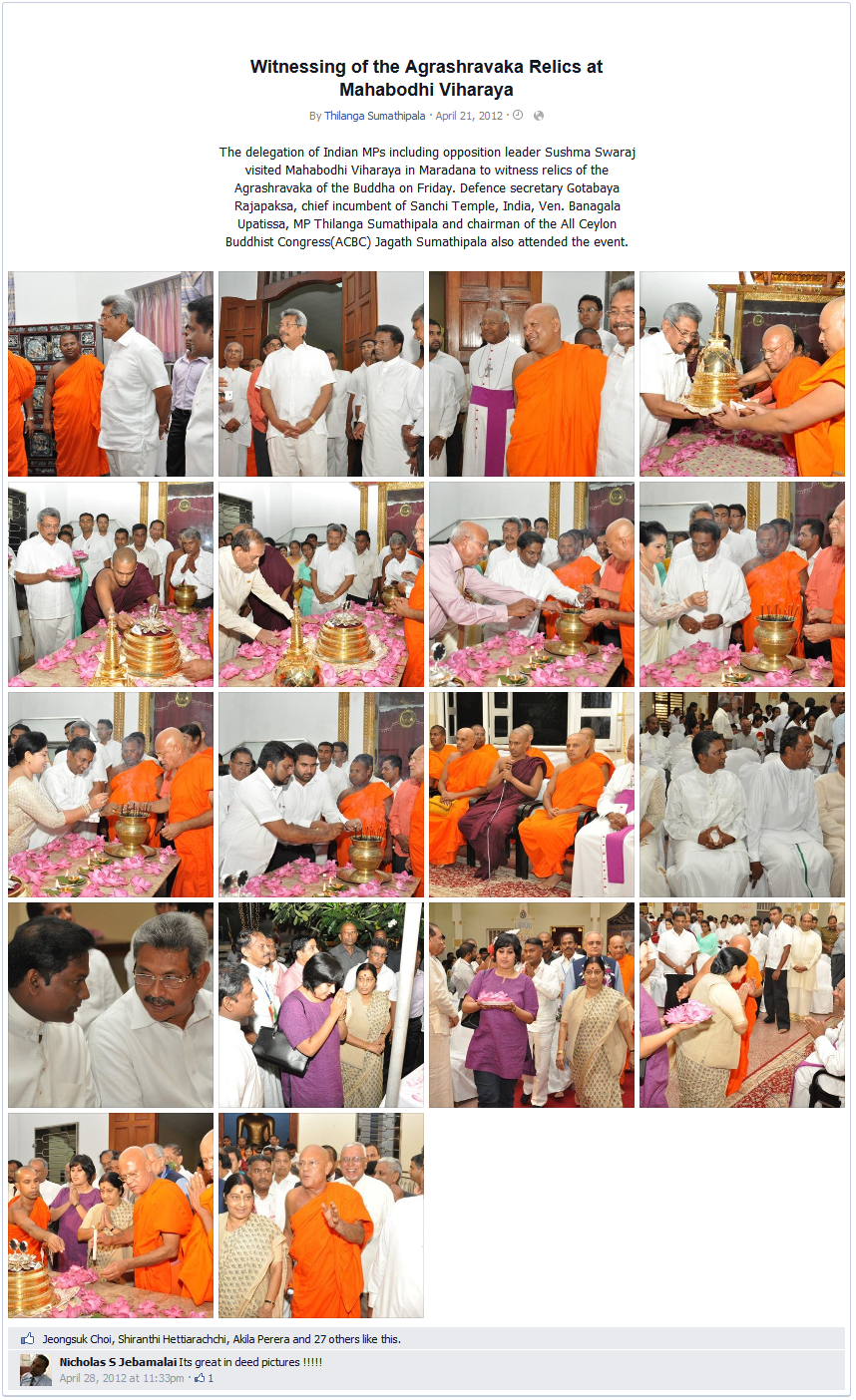 You have to be joking, it's OK because Francis "listened respectfully" and St. John Paul II had visited a Buddhist temple.  An Associated Press staff reporter wrote,

"The Vatican spokesman said Francis didn’t pray or meditate at the temple, but rather listened respectfully as the monks sang and prayed when they opened the stupa containing important Buddhist relics." 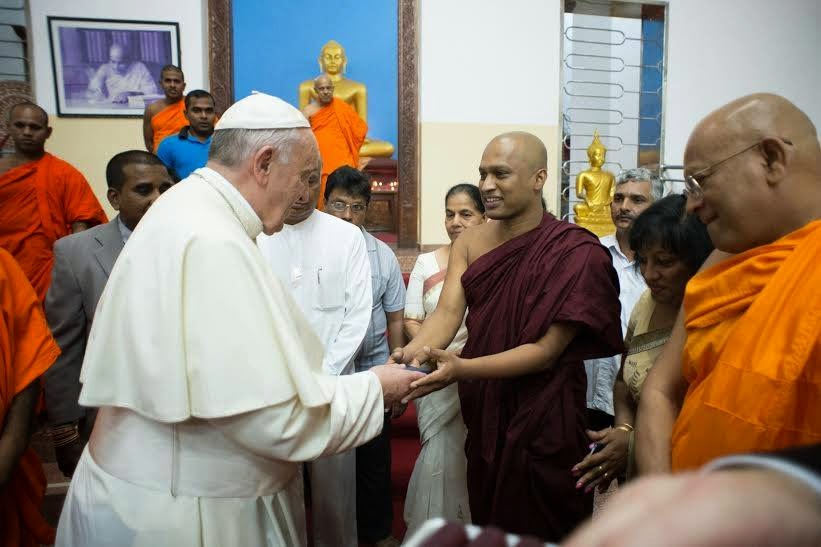 
America, the National Catholic Review has the following gem,

"Lombardi said the Pope took of his shoes before entering the temple, and inside the monks showed him the relics of two holy men kept in a stoupa, who were close to the Buddha, and sang a prayer. Normally the stoupa is only opened once a year, but they made an exception for the Pope. This was a sign of his intent to foster as far as possible the dialogue with other religions, according to Lombardi. John Paul II also entered a temple in Thailand in 1994."


What a great example of Benedict XVI's hermeneutic of continuity in action! 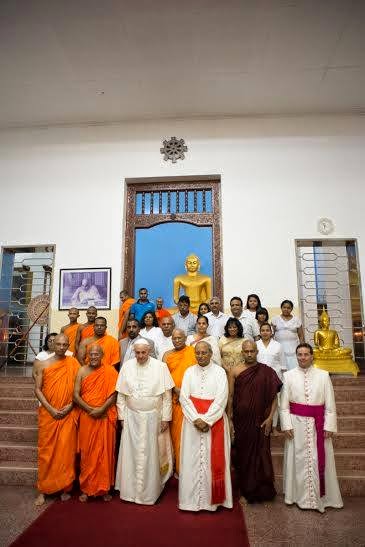 Is that a funeral face on Francis?

The road to perdition is paved with inter-religious dialogue and syncretism! 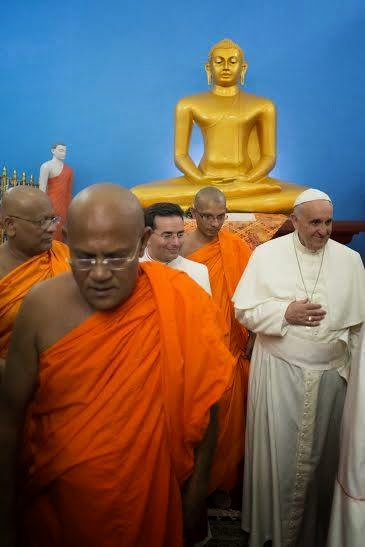 Francis and a skinny looking Buddha.


See 45 seconds for his visit.