Francis on the death penalty 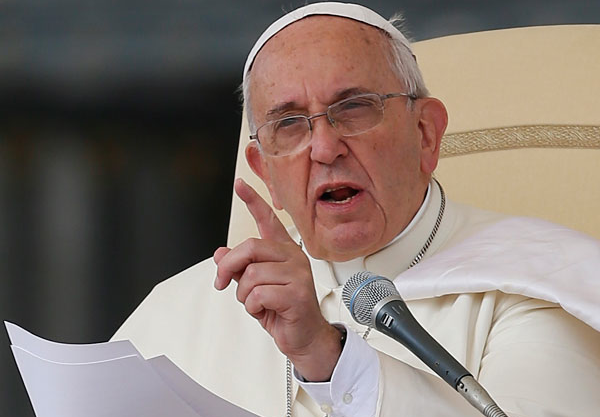 Why is Francis so fond of quoting the anti-Catholic, Fyodor Dostoevsky,
whose hatred for the Catholic Church was savage?

Francis' letter to Federico Mayor, the President of the
International Commission Against the Death Penalty

On the Fifth Commandment
Catechism of the Council of Trent 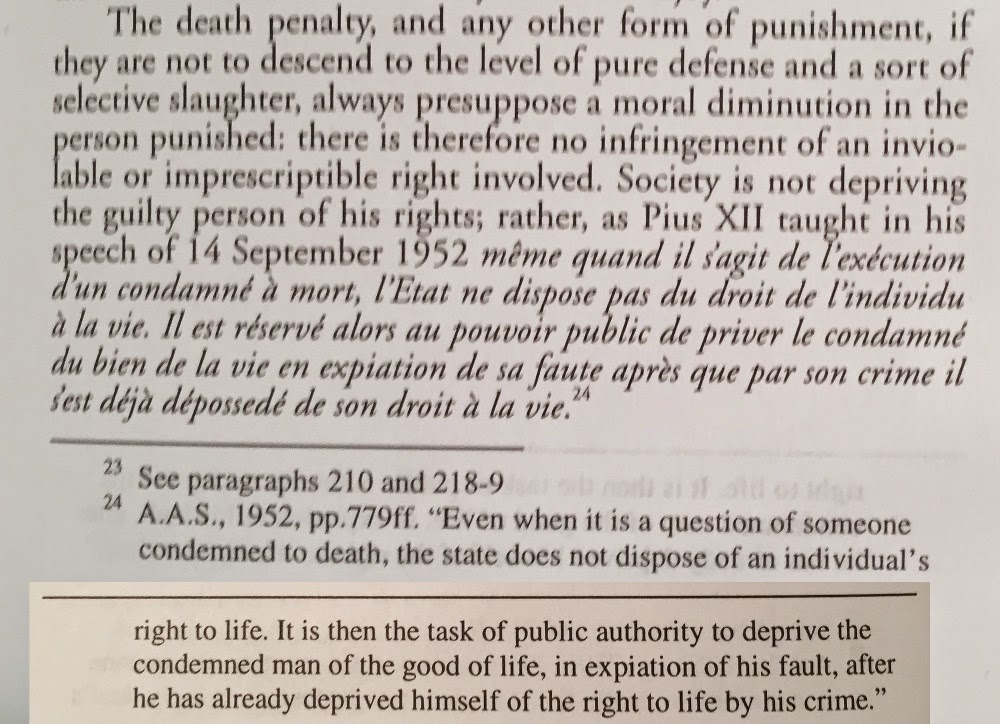 President of the International Commission against the Death Penalty

With these letters, I wish to have my greeting reach all the members of the International Commission against the Death Penalty, to the group of countries that support it, and to those who collaborate with the organism over which you preside. I wish, in addition, to express my personal gratitude, and also that of men of good will, for your commitment to a world free of the death penalty and for your contribution to the establishment of a universal moratorium of executions worldwide, with a view to abolition of capital punishment.

I have shared some ideas on this subject in my letter to the International Association of Criminal Law and the Latin American Association of Criminal Law and Criminology, of May 30, 2014. I had the opportunity to reflect further on them in my allocution before the five great world associations dedicated to the study of criminal law, criminology, victimology and penitentiary questions of October 23, 2014. On this opportunity, I wish to share with you some reflections with which the Church can contribute to the Commission’s humanist efforts.

The Magisterium of the Church, beginning with Sacred Scripture and the centuries-old experience of the People of God, defends life from conception until natural death, and supports full human dignity in as much as image of God (Cf. Genesis 1:26). Human life is sacred because from its beginning, from the first instant of conception, it is fruit of the creative action of God (Cf. Catechism of the Catholic Church, n. 2258), and from that moment, man, the only creature God loves for itself, is the object of personal love on the part of God (Cf. Gaudium et spes, 24).

States can kill by action when they apply the death penalty, when they take their peoples to war or when they carry out extra-judicial or summary executions. They can also kill by omission, when they do not guarantee to their peoples access to the essential means for life. “Just as the Commandment ‘do not kill’ puts a clear limit to ensure the value of human life, today we have to say ‘no to an economy of exclusion and inequality’” (Evangelii gaudium,53).

Life, especially human life, belongs to God alone. Not even the murderer loses his personal dignity and God himself makes himself its guarantor. As Saint Ambrose teaches, God did not want to punish Cain for the murder, as He wants the repentance of the sinner, not his death (Cf. Evangelium vitae, 9).

On some occasions it is necessary to repel proportionally an aggression underway to avoid an aggressor causing harm, and the necessity to neutralize him might entail his elimination: it is the case of legitimate defense (Cf. Evangelium vitae, 55). However, the assumptions of legitimate personal defense are not applicable to the social milieu, without risk of distortion. Because when the death penalty is applied, persons are killed not for present aggressions, but for harm caused in the past. Moreover, it is applied to persons whose capacity to harm is not present but has already been neutralized, and who find themselves deprived of their freedom.

Today the death penalty is inadmissible, no matter how serious the crime of the condemned. It is an offense against the inviolability of life and the dignity of the human person that contradicts God’s plan for man and society and His merciful justice, and it impedes fulfilling the just end of the punishments. It does no do justice to the victims, but foments vengeance.

For a State of Law, the death penalty represents a failure, because it obliges it to kill in the name of justice. Dostoevsky wrote: “To kill one who killed is an incomparably greater punishment than the crime itself. Killing in virtue of a sentence is far worse than the killing committed by a criminal.” Justice will never be reached by killing a human being.

The death penalty loses all legitimacy given the defective selectivity of the criminal system and in face of the possibility of judicial error. Human justice is imperfect, and not to recognize its fallibility can turn it into a source of injustices. With the application of capital punishment the condemned is denied the possibility of reparation or amendment of the harm caused; the possibility of Confession, by which man expresses his interior conversion; and contrition, gateway of repentance and of expiation, to comer to the encounter of the merciful and healing love of God.

Moreover, capital punishment is a frequent recourse used by some totalitarian regimes and fanatical groups, for the extermination of political dissidents, of minorities, and of any individual labelled “dangerous” or who can be perceived as a threat to one’s power or to carry out one’s ends. As in the first centuries, today also the Church suffers the application of this punishment to her new martyrs.

The death penalty is contrary to the meaning of humanitas and to divine mercy, which should be the model for men’s justice. It implies cruel, inhuman and degrading treatment as is also the prior anguish to the moment of execution and the terrible waiting between the dictating of the sentence and the application of the punishment, it usually lasts many years, and, in the waiting-room of death, not rarely leads to sickness and madness.

In some places there are debates about the way to kill, as if there were a way to “do it well.” In the course of history, different mechanisms of death have been defended to reduce the suffering and agony of the condemned. However, there is no human way of killing another person.

At present, not only are there means to repress crime effectively, without depriving definitively the possibility of the one who has committed it from redeeming himself (Cf.Evangelium vitae, 27), but a greater moral sensibility has been developed in relation to the value of human life, causing increasing aversion to the death penalty and the support of public opinion to the different dispositions that tend to its abolition or the postponement of its application(Cf. Compendium of the Social Doctrine of the Church, n. 405).

On the other hand, the punishment of life imprisonment, as well as those that because of their duration entail the possibility for the one punished to plan a future in freedom, can be considered veiled death penalties, because with them the culprit is not deprived of freedom but there is an attempt to deprive him of hope. However, although the criminal system can take away time from the culprits, it can never take away their hope.

As I expressed in my allocution of last October 23, “the death penalty implies the denial of love to enemies, preached in the Gospel. All Christians and all men of good will are obliged not only to fight for the abolition of the death penalty, legal or illegal, and in all its forms, but also for prison conditions to be better, in respect of the human dignity of the persons deprived of freedom.”

Dear friends, I encourage you to continue with the work you do, as the world needs witnesses of the mercy and tenderness of God.

I take my leave entrusting you to the Lord Jesus, who in the days of his earthly life did not want his persecutors to be wounded in his defense – “Put your sword back into its place” (Matthew 26:52) --, he was arrested and condemned to death unjustly, and He identified himself with all prisoners, culpable or not: “I was in prison and you came to me” (Matthew25:36). May He, who before the adulterous woman did not question her culpability, but invited her accusers to examine their own consciences before stoning her (Cf. John 8:1-11), grant you the gift of wisdom, so that the actions you undertake in favour of abolition of this cruel punishment, are right and fruitful.

I beg you to pray for me.

Posted by hereisjorgebergoglio at 3:32 PM