Francis expands his definition of "anti-semitism" 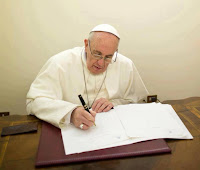 From the Times of Israel article, ‘Not recognizing Israel as Jewish is anti-Semitic, Pope says’


"The comments were sent by the Pope in writing to Cymerman along with Argentine Rabbi Abraham Skorka, one of Francis’s close interfaith colleagues, after the duo approached him following his meeting with Abbas, Channel 2 reported."


And here is Francis' quote,


“Anyone who does not recognize the Jewish people and the State of Israel — and their right to exist — is guilty of anti-Semitism.”


Henrique Cymerman mentioned above with Abraham Skorka as one of the two recipients of Francis' email even went to twitter where he sent three tweets out, in Hebrew, in English, and in Spanish, to let the world know Francis said the above. 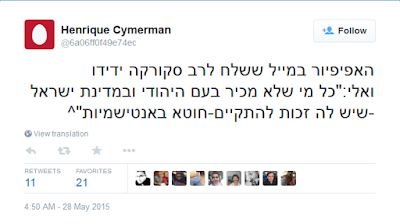 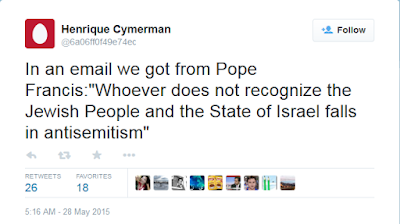 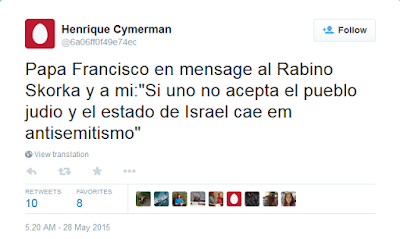 
Recall what Francis said in an interview with Elisabetta Piqué on 7 December 2014,


"I’m constantly making statements, giving homilies. That’s magisterium. That’s what I think, not what the media say that I think. Check it out; it’s very clear. "


...and the Concise Catholic Dictionary (1943) defines Magisterium as, 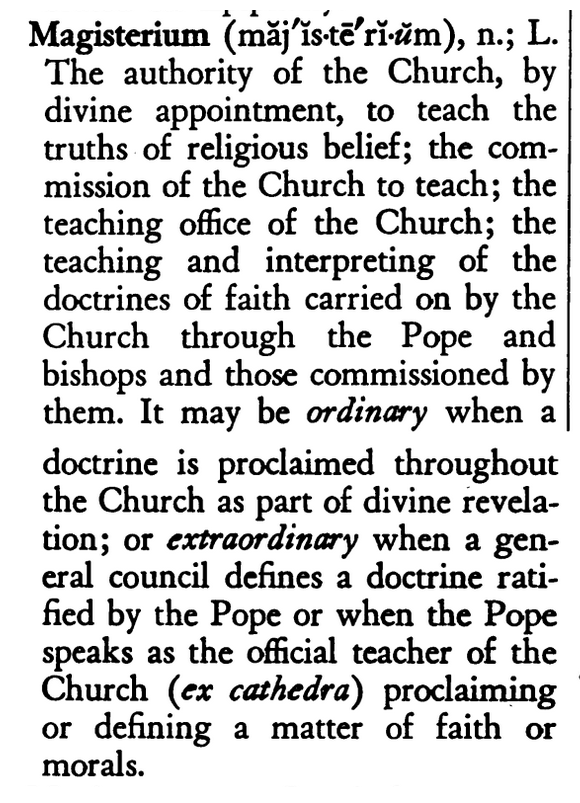 
Posted by hereisjorgebergoglio at 8:37 AM