Francis is at it again...

...meeting with Pentecostals who
are his brothers in 'faith'. 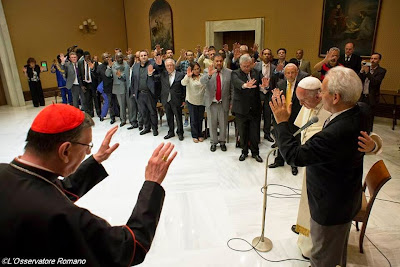 On Thursday, Francis was accompanied by Cardinal Kurt Koch, the President of the Pontifical Council for Promoting Christian Unity, and met with a group of 100 Pentecostal pastors from around the world.  This group of Pentecostals was led by Francis' good friend, Pastor Giovanni Traettino.  They met in, "the 'Auletta', a meeting room adjoining the Paul VI Audience Hall." The one uniting 'faith' of all the people in the room is that they are Zionists first and believe by their unconditional support of Israel and unwavering belief in its Talmudic rabbis that they are doing God's work on earth.

More photos from this "encounter", Francis' word not ours. 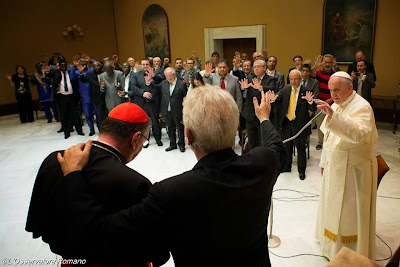 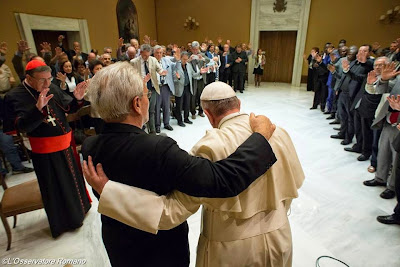 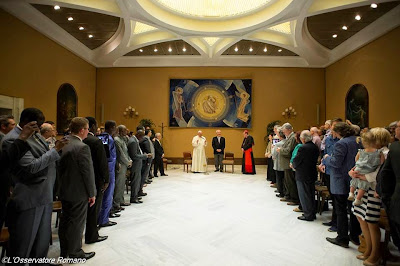 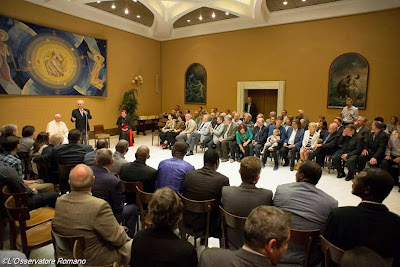 Posted by hereisjorgebergoglio at 12:37 PM