For those who want to read it, Laudato si' 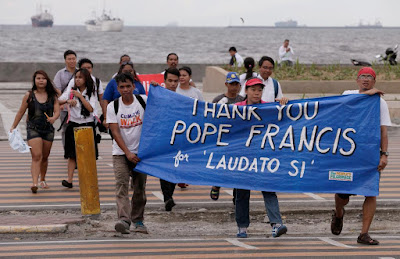 The public relations machine is in overdrive for this piece of recycled propaganda.


GloBULL warming is an ethical problem

The official text only differs from the draft in three parts:

POSTSCRIPT - The comparison of the official text made ​​public at noon on Thursday, June 18th and the early text expressively are only three small variations.
The first is in paragraph 57, about the damage that wars cause to the environment, the more enormous "when thinking about nuclear energy and biological weapons." The latter expression has become the definitive text: "When you think qiuelle biological and nuclear weapons."
The second is at the beginning of the first of the two final prayers, where the invocation "Lord Almighty" has become "God Almighty".
And the third is still in the same prayer, where the invocation "Father of the poor" has become "O God of the poor".
In everything else the two texts are identical, even in the layout.


The scientific debate is closed. Now, it's about morality!

Francis has been doing his part to save the environment by recycling old failed ideas from Marxists, big bankers, the Talmud, communists, lefties, rabbis, tree-huggers, socialists, freemasons, one-world government supporters, etc... into his pontificate. 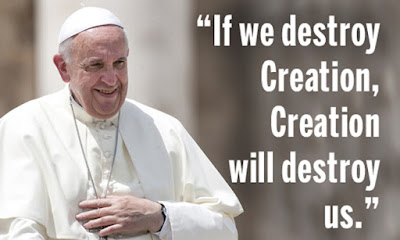 Oh, and don't forget to remember to put on a sweater instead of turning up the heat!
Posted by hereisjorgebergoglio at 8:16 AM