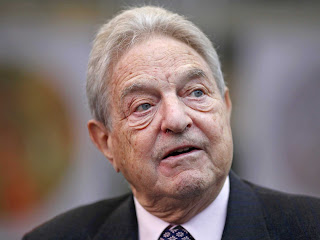 George Soros the hedge-fund billionaire used the social theory of  Reflexivity not only to make himself a fortune from the markets but is also using it to transform nations through his Open Society Foundations (formerly named the Open Society Institute).  The term 'open society' was coined by the 'French' philosopher Henri Louis Bergson in 1932 to describe societies whose moral codes were founded upon “universal” principles seeking to enhance the welfare of all mankind.  Are not the Noahide Laws also based on “universal” principles?  We put 'French' in quote marks because Henri's father was a Polish Jew and his mother an Anglo-Irish Jew.  One small side note, Henri's sister  Mina married the English author Samuel Liddell MacGregor Mathers, a founder of the Hermetic Order of the Golden Dawn.  Bergson's books were on the Index Librorum Prohibitorum (books banned for Catholics to read).  In his will Henri Bergson said,


My reflections have led me closer and closer to Catholicism, in which I see the complete fulfillment of Judaism. I would have become a convert, had I not foreseen for years a formidable wave of anti-Semitism about to break upon the world. I wanted to remain among those who tomorrow were to be persecuted (Daniel Boorstin, The Seekers, p. 293).


We are digressing back to Soros.  The most well known of these transformations are the color revolutions which swept through the former satellites of the Soviet Union and the Middle East.  Soros' teacher or we should say rabbi was none other than Karl Popper, a pseudo-Lutheran, whose every grandparent were Talmudic Jews.  Popper inherited a library of over 12,000 volumes from his father and grandparents.  The theory of reflexivity is to be found in the Talmud.  Soros perfected Popper's theory and has taken it to a new level.

Soros has recently been behind several transformations which have been in the news.  The changing of Ireland's constitution to allow people of the same gender to legally marry each other, the riots in Baltimore and in Ferguson, the financial debt mess in Francis' native country of Argentina, and now it turns out the Ukrainian civil war.  Thanks to hacker collective CyberBerkut which has outed George Soros as the puppet master behind the scenes in the Ukraine.

At the Bretton Woods conference at the IMF (International Monetary Fund) Soros said,

If China’s efforts to transition to a domestic-demand led economy from an export engine falter, there is a “likelihood” that China’s rulers would foster an external conflict to keep the country together and hold on to power.

“If there is conflict between China and a military ally of the United States, like Japan, then it is not an exaggeration to say that we are on the threshold of a third world war.”

..."To avoid this scenario, Soros called on the U.S. to make a “major concession” and allow China’s currency to join the International Monetary Fund’s basket of currencies. This would make the yuan a potential rival to the dollar as a global reserve currency.

In return, China would have to make similar major concessions to reform its economy, such as accepting the rule of law, Soros said.

Allowing China’s yuan to be a market currency would create “a binding connection” between the two systems.

An agreement along these lines will be difficult to achieve, Soros said, but the alternative is so unpleasant

“Without it, there is a real danger that China will align itself with Russia politically and militarily, and then the threat of third world war becomes real, so it is worth trying.”


Soros says all this with a straight face a he pulls the strings in the Ukraine and sets the people in the country to killing themselves all in the name of an 'open society'. Are not the following machinations of Soros in fact driving Russia and China closer together as Mr. Open Society himself lines his pockets with even more ill-gained wealth?


We, Cyber Berkut, keep on our presence in the computer networks of Kiev junta. This time we have hacked Ukrainian President's Administration servers. We found confidential documents of Soros Fund among the files downloaded. They contain the strategy for Ukraine and fragments of correspondence between Petro Poroshenko and George Soros.


We have already warned of the inadmissibility of the US interference into the affairs of our country. We also repeatedly announced the unacceptability of anti-popular policy of Kiev, which turned Ukraine into the vassal of the USA.


The possessed materials urge that Soros needs Ukraine only to battle Russia. That's why he insists on delivering up-today lethal weapons by the USA and training Ukrainian soldiers abroad.


To sum up: Soros is basically lobbying on behalf of Ukraine, pushing for cash and guns, to oppose Putin in every way possible.

If genuine, and based on their meta data, they appear to be just that, these lettes show how Soros is trying to weasel around the Minsk agreements (for instance, how to train Ukrainian soldiers without having a visible NATO presence in Ukraine). The documents link up Nuland with Soros, and clears up who is truly pulling the strings of the US State Department.

Finally, while the documents don't mention what Soros has in store for Ukraine, one can use their imagination.


In a series of five lectures George Soros gave at Central European University from 26-30 October 2009, he said the following, (underlines are ours for emphasis)


I started developing my philosophy as a student at the London School of Economics in the late 1950s. I took my final exams one year early and I had a year to fill before I was qualified to receive my degree. I could choose my tutor and I chose Karl Popper, the Viennese-born philosopher whose book The Open Society and Its Enemies had made a profound impression on me.

In his books Popper argued that the empirical truth cannot be known with absolute certainty. Even scientific laws can’t be verified beyond a shadow of a doubt: they can only be falsified by testing. One failed test is enough to falsify, but no amount of conforming instances is sufficient to verify. Scientific laws are hypothetical in character and their truth remains subject to testing. Ideologies which claim to be in possession of the ultimate truth are making a false claim; therefore, they can be imposed on society only by force. This applies to Communism, Fascism and National Socialism alike. All these ideologies lead to repression. Popper proposed a more attractive form of social organization: an open society in which people are free to hold divergent opinions and the rule of law allows people with different views and interests to live together in peace.


This is contrary to the New Testament and what Jesus the Christ himself teaches,


I am the way, and the truth, and the life. No man cometh to the Father, but by me.
Gospel According to Saint John 14, 6

Remember your prelates who have spoken the word of God to you; whose faith follow, considering the end of their conversation, Jesus Christ, yesterday, and today; and the same for ever.  Be not led away with various and strange doctrines. For it is best that the heart be established with grace, not with meats; which have not profited those that walk in them. We have an altar, whereof they have no power to eat who serve the tabernacle.
Epistle Of Saint Paul To The Hebrews 13, 7-10 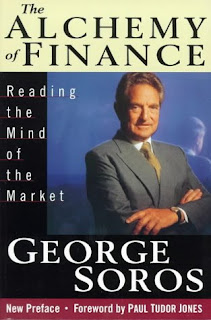 The alchemist himself, György Schwartz appears on
the cover of the book he wrote describing his methodology.

We wonder which dynastic family of Talmudic rabbis George hails from?
Posted by hereisjorgebergoglio at 9:57 AM