Has Bernard Fellay signed an agreement with Rome?

It certainly seems like the FSSPX & the Vatican have at the very least an 'understanding'
with each other.

"Now, sometimes, unfortunately, also priests do silly things, and they need to be punished. And when it is very, very serious, we have to make recourse to Rome. So we do. And what does the Congregation of the Faith do? Well, they did appoint me as the judge for this case. So I was appointed by Rome, by the Congregation of the Faith, to make judgements, canonical Church judgements on some of our priests who belong to a non-existent Society for them. And so, once again, a beautiful contradiction indeed."

What we at Call Me Jorge... find interesting is the FSSPX's silence in criticizing Francis' heresies while at the same time being disobedient/obedient to him depending on their whim.  Another "beautiful contradiction" as Fellay would say.  And also, don't forget the silence of the recent scandals of Max Krah not only by the FSSPX but by former members of the society.  We guess when all parties have Zionists pulling their strings, small details like this are often overlooked.

"Pope Francis who seems to be so opposed to tradition and he talks that way, he said to Cardinal Castrillón, about us "I will never hurt the Society."  He said to one of our priests, "I will never prevent people from to go to to to the Society."  And that's what we experience all the time." 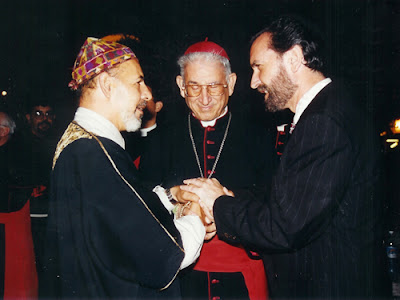