Fr. Lombardi opens up about Francis

...now if he would only grant us an interview! 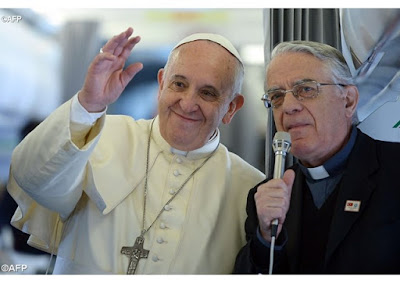 Fr. Lombardi implies that:  Francis is a dictator who rules without counsel, keeps those under him in a constant state of confusion (à la Vladimir Putin, see Adam Curtis video on Vladislov Surkov), and is a revolutionary bent on revolutionizing the office of the papacy and the Vatican structures.

The following quotes are excerpted from the August 2015, National Geographic article, Will the Pope Change the Vatican? Or Will the Vatican Change the Pope?  (Underlines are ours for emphasis.)

"When Federico Wals, who had spent several years as Bergoglio’s press aide, traveled from Buenos Aires to Rome last year to see the pope, he first paid a visit to Father Federico Lombardi, the longtime Vatican communications official whose job essentially mirrors Wals’s old one, albeit on a much larger scale. “So, Father,” the Argentine asked, “how do you feel about my former boss?” Managing a smile, Lombardi replied, “Confused.”

Lombardi had served as the spokesman for Benedict, formerly known as Joseph Ratzinger, a man of Germanic precision. After meeting with a world leader, the former pope would emerge and rattle off an incisive summation, Lombardi tells me, with palpable wistfulness: “It was incredible. Benedict was so clear. He would say, ‘We have spoken about these things, I agree with these points, I would argue against these other points, the objective of our next meeting will be this’—two minutes and I’m totally clear about what the contents were. With Francis—‘This is a wise man; he has had these interesting experiences.’”

Chuckling somewhat helplessly, Lombardi adds, “Diplomacy for Francis is not so much about strategy but instead, ‘I have met this person, we now have a personal relation, let us now do good for the people and for the church.’”

The pope’s spokesman elaborates on the Vatican’s new ethos while sitting in a small conference room in the Vatican Radio building, a stone’s throw from the Tiber River. Lombardi wears rumpled priest attire that matches his expression of weary bemusement. Just yesterday, he says, the pope hosted a gathering in Casa Santa Marta of 40 Jewish leaders—and the Vatican press office learned about it only after the fact. “No one knows all of what he’s doing,” Lombardi says. “His personal secretary doesn’t even know. I have to call around: One person knows one part of his schedule, someone else knows another part.”

The Vatican’s communications chief shrugs and observes, “This is the life.”"

"...In attempting to divine the 78-year-old pope’s comings and goings, the closest Vatican officials have to an intermediary has been Cardinal Pietro Parolin, Francis’s secretary of state, a much respected veteran diplomat—and, importantly, trusted by his boss, according to Wals, “because he’s not too ambitious, and the pope knows that. That’s a fundamental quality for the pope.” At the same time, Francis has drastically reduced the secretary of state’s powers, particularly with respect to the Vatican’s finances. “The problem with this,” Lombardi says, “is that the structure of the curia is no longer clear. The process is ongoing, and what will be at the end, no one knows. The secretary of state is not as centralized, and the pope has many relations that are directed by him alone, without any mediation.”

Valiantly accentuating the upside, the Vatican spokesman adds, “In a sense, this is positive, because in the past there were criticisms that someone had too much power over the pope. They cannot say this is the case now.”" 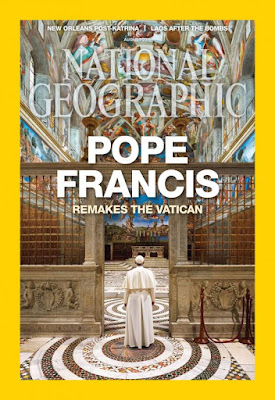 Posted by hereisjorgebergoglio at 8:48 PM