"If the world hate you, know ye, that it hath hated me before you.  If you had been of the world, the world would love its own: but because you are not of the world, but I have chosen you out of the world, therefore the world hateth you. Remember my word that I said to you: The servant is not greater than his master. If they have persecuted me, they will also persecute you: if they have kept my word, they will keep yours also.  But all these things they will do to you for my name' s sake: because they know not him who sent me.  If I had not come, and spoken to them, they would not have sin; but now they have no excuse for their sin.  He that hateth me, hateth my Father also.  If I had not done among them the works that no other man hath done, they would not have sin; but now they have both seen and hated both me and my Father. But that the word may be fulfilled which is written in their law: They hated me without cause."
— John 15,18-25 — 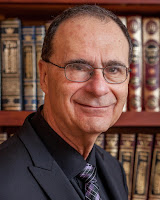 Laurence A. Hoffman a key player in interfaith and interreligious dialogues.

Underlines in the article are Call Me Jorge...'s for emphasis.


Cardinal Jorge Mario Bergoglio became Pope Francis I on March 13, 2013; by December, he was Time’s “Man of the Year”; and in January, the Huffington Post announced rave reviews by the “Forward 50 list of top American Jews” as well.

Calling the Jewish People “Our big brothers” on the 75th anniversary of Kristallnacht certainly helped, as did his giving Rabbi Abraham Skorka (of the Seminario Rabinico Latinoamericano) an honorary doctorate from the Catholic University of Argentina.

But this Jewish adulation is also a sigh of relief following an era when Jewish-Catholic relationships seemed again to be in jeopardy. After centuries of Catholic enmity over the Jewish “rejection” of Christ, Vatican II had surprised the world with its1963 affirmation that God still “holds the Jews most dear” and “does not repent of the calls He issues.” That is to say, Judaism has not, after all, been superseded by Christianity; Jews should not be reviled as Christ killers; and Christian anti-Semitism must cease.

That was the liberalizing era of Popes John XXIII and Paul VI, however. With their successors, John Paul II and then Benedict XVI, the revival of conservative forces in the Vatican made Jews suspect the imminent return also of medieval Catholic separatism.

When Francis reasserted the “common roots” of Jews and Christians, and the reminder that “a true Christian cannot be anti-Semitic,” Jews concluded that the gains of Vatican II might be here to stay.

But the Jewish love affair with Francis isn’t all about self-interest.

An article in Haaretz (Anshei Pfeffer, “Pope Francis Cannot save Us.” Dec. 11, 2013) got it right: “In the total absence of truly charismatic political or spiritual figures, in a generation where Israel’s elected leaders and rabbis constantly make us cringe with their outrageous statements or despair at their hopeless blandness, Bergoglio… extends some hope that we may yet see some wise old men [sic] of faith in our lifetime.”

We would say “men and women” not just “men”; being “old” has nothing to do with it; and the issue is not just Israel. But otherwise, hurray for Haaretz for observing that the positive public voice of Judaism has been wanting. Whatever happened to the Jewish visionaries who spoke truths instead of platitudes, posited promises of Jewish purpose rather than threats to Jewish continuity, held out hope for a troubled world, and made us proud to know that our Judaism is deep and wise, compassionate and compelling?

Who remembers the days when Abraham Joshua Heschel spoke poetically and prophetically to reassure a worldwide audience that religion still had something important to say? Or when thousands of Reform Jews gathered biennially, to hear Rabbi Alexander Schindler demand that they act boldly, think creatively, and make a difference?

The relative dearth of such voices today is a generational flaw, not because rabbis now are less able, but because of the way they have been trained (their “spiritual formation,” in theological language). Heschel and Schindler took it for granted that as experts in Jewish tradition, rabbis think deeply, speak boldly, and command a bully pulpit. Seeing flaws in this “Big Man” model of leadership, their students (my generation) emphasized alternative strategies like team work, collaboration, and facilitating group process.

So far so good – but we went too far: confusing authoritarianism with authority, we stopped speaking authoritatively.

Congregations aid and abet this downfall of authority by making rabbis managers, bureaucrats and apparatchiks. Success is attending meetings and managing a process that slowly creaks along while people forget why it is creaking altogether.

The economy hasn’t helped either: those in positions of national authority (not just Jews but everyone) exhaust themselves just to avoid closing plants and programs – leaving little time or energy to think or to proclaim anything. The national mood too is at fault for thriving on negativity and crippling great vision with a lethal combination of parsimonious bookkeeping and meanness of spirit.

What is the point of religion in the first place, however, if not to insist on vision, especially where the complexities of life seem to foster helplessness and hopelessness, precisely our situation today?

So along comes Francis, a welcome reminder of religion beyond bureaucracy, and heralding the best that we must become. I do not agree with everything he says – his economics, for example; and, no doubt, he has his own conservative naysayers who cringe at the very things that make the rest of us stand up and applaud.

But most Jews are on their feet and clapping – not just for Francis, but for what he represents and what we miss. The responsibility for making up that loss cannot be laid on the shoulders of the rabbinate alone. We have all colluded in manufacturing our problem; we must all work together in solving it.

Synagogues can insist on rabbis with learning and vision – then expect them to learn and engage them in visioning. Seminaries can demand that students think deeply, not just hurriedly and passingly; philanthropists can invest in big ideas with a future, not just reactive strategies dictated by the past. Jews don’t need Francis; we need rabbis like him, because without them, it remains unclear why we should even remain Jewish in the first place.

Posted by hereisjorgebergoglio at 8:45 PM