...where Francis will view it. 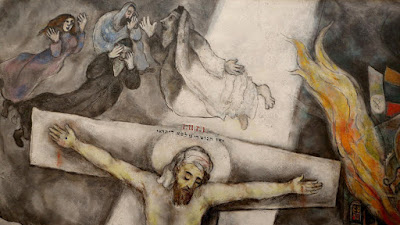 The inscription above the head in Chagall's blasphemous painting is Jesus' name misspelled in Hebrew which doubles as the rabbinic acronym "May his name and his memory be wiped out".


Marc Chagall's blasphemous painting, "The White Crucifixion", which depicts Jesus the Christ not as the messiah but instead as Jesus 'Hasidic' Christ is being loaned by the Art Institute of Chicago to the Palazzo Strozzi in Florence, Italy.   This piece of alchemical garbage will be part of an exhibition titled, Divine Beauty: From Van Gogh to Chagall and Fontana.  The exhibition will start 24 September 2015 and finish 24 January 2016.  Francis will finally get to view his favorite work of art in the flesh for the first time between the 9th & 13th of November when he will be in Florence attending the Fifth National Bishops Conference.  The Art Institute of Chicago replaced "The White Crucifixion" temporarily with an ugly painting called the "Red-Haired Girl" by Emil Nolde.  Even though it's ugly it is a tremendous improvement as it isn't an affront to God.  For readers not familiar with Chagall's Hasidic Golem Jesus, see the links below the photos which discuss it in detail. 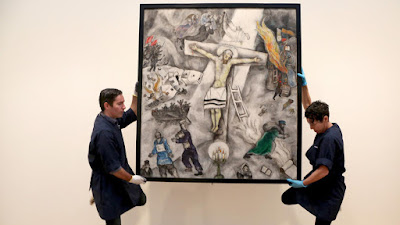 Off the wall it goes. 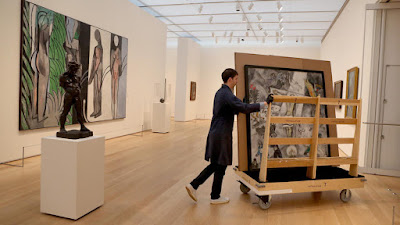 It's going to see the modernist, Francis 'the Humble'. 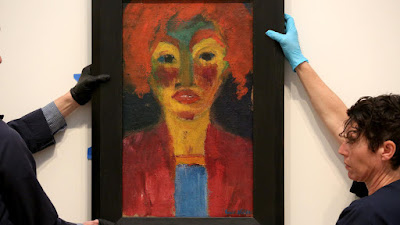 Posted by hereisjorgebergoglio at 11:39 AM