What does Church Militant do when something happens which doesn't fit the Church Militant narrative?  Why it's simple...they lie about the facts.  Everyone already knows they don't ever criticize Francis (but for some reason they don't extend this same Catholic courtesy to every prelate in existence who are merely following Francis' lead).   As we covered before, see Athanasius Schneider wants to recognize the FSSPX ...paging Michael Voris!, Church Militant's current hot bishop is Anthanasius Schneider who shared in a recent interview his thoughts about the FSSPX.  Church Militant must not have liked what Schneider had to say because here is how Ryan Fitzgerald reported it in Bishop Slams Liturgical Abuse, Stands Up for Trad. Catholics:


"He concludes the interview on a question about the controversial Society of Saint Pius X (SSPX). Carefully handling the subject, he chooses to focus on the positive elements to be found in the society, expressing hope that they can be brought back into full communion with the Church — a status they don't currently enjoy. Offering his take on how to best tackle the task of reconciling the society with the Church, Bp. Schneider believes both sides are overestimating the importance of Vatican II."

"To my knowledge there are no weighty reasons in order to deny the clergy and faithful of the SSPX the official canonical recognition, meanwhile they should be accepted as they are. This was indeed Archbishop Lefebvre’s petition to the Holy See: “Accept us as we are”....
...When the SSPX believes, worship and conducts a moral [life] as it was demanded and recognized by the Supreme Magisterium and was observed universally in the Church during a centuries long period and when the SSPX recognizes the legitimacy of the Pope and the diocesan bishops and prays for them publicly and recognizes also the validity of the sacraments according to the editio typica of the new liturgical books, this should suffice for a canonical recognition of the SSPX on behalf of the Holy See. Otherwise the often repeated pastoral and ecumenical openness in the Church of our days will manifestly lose its credibility and the history will one day reproach to the ecclesiastical authorities of our days that they have “laid on the brothers greater burden than required” (cf. Acts 15:28), which is contrary to the pastoral method of the Apostles."


Did you see the word "hope" once in Schneider's words?

No, well neither did we!

After 'misreporting' about Schneider, Mr. Fitzgerald mentions Bishop Robert Morlin (the bishop of the irreverent and immoral priest Fr. Z) who is "a favorite among traditional Catholics" and who said of the FSSPX, "have nothing to do with them."  What does this have to do with Schneider's interview?

This leaves us with several questions: 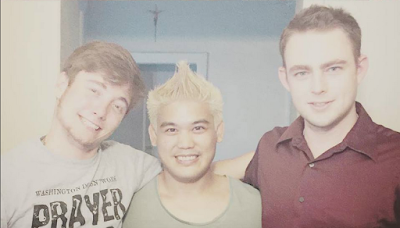 Michael Voris has issued a clarification on the words of the false conservative, Athanasius Schneider,  which includes a private email exchanged between the two.  Voris still hasn't explained why his organization misreported the events.