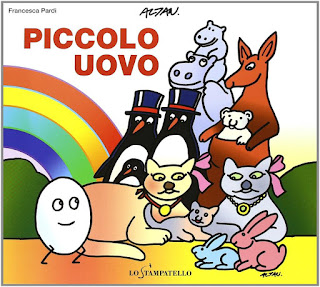 Francesca Pardi is the author of “Piccolo Uovo” (or “Little Egg”), a cute 2011 book about an egg that’s found by a variety of diverse animal families, including gay penguins, lesbian rabbits, and a mixed-race dog couple. It’s one of the books deemed offensive by Brugnaro.

In June, Pardi sent a letter to the Pope about the discrimination she’s experienced, along with a package of several LGBT-themed books from her publisher, The Guardian reported this week.

Through his staff, Francis wrote back some words of support for Pardi’s work.

“His holiness is grateful for the thoughtful gesture and for the feelings which it evoked, hoping for an always more fruitful activity in the service of young generations and the spread of genuine human and Christian values,” a senior Vatican official wrote, according to the letter obtained by The Guardian.

While the “genuine human and Christian values” mentioned in the letter are vague, the sentiment of the note is a far cry from that of Venice’s mayor, who has said the books about LGBT families are not appropriate for young kids.

The Vatican clarified, however, that the blessings in the letter were personal praise for Pardi, and did not indicate support for views that go against Catholic teachings on gender and sexuality, according to The Guardian.

Are these some of the “genuine human and Christian values” Francis is grateful for? 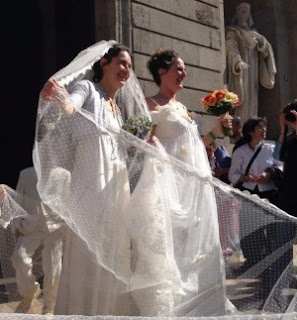