Is the FSPPX going to celebrate the Jubilee of Mercy? 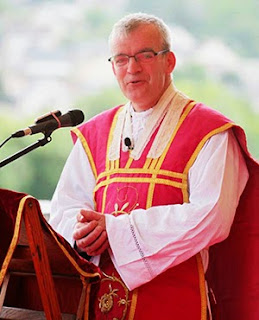 M. l’abbé Patrick de La Rocque, a member of the FSSPX and the curé de Saint-Nicolas-du-Chardonnet, gave an interesting sermon this past Sunday. He mentioned that soon it will be the Jubilee Year of Mercy which Francis proclaimed. This Jubilee Year is to celebrate 50 years of Vatican II. The good abbé said it is inconceivable to participate in this year of jubilee because one would be celebrating 50 years of the ruin of the Catholic Church. The point he makes about the shift in tactics by the Vatican is an insightful one.  He also covers the recent letter which mentions the sacrament of reconciliation and the FSSPX.  Interestingly, this sermon was on the FSSPX website, La Port Latine, for only one day and then it was removed.  Since we are pressed for time at Call Me Jorge... we have used google translate for the translation of M. l’abbé Patrick de La Rocque's sermon. The translation is good enough for the reader to get the gist of the points de La Rocque was making.  We found the sermon here in its original French.


Sunday, September 6, 2015 - Sermon by Rev. Fr. Patrick de La Rocque: those 50 years may not be the opportunity of penance, not of joy

To listen to your many questions in recent days, I have to go back on an event that took place this week and which left many - rightly - somewhat perplexed. On 1 September, the Pope, the same day that he received the infamous Gaillot, bishop deposed by John Paul II, the same day the Pope wrote and published a letter addressed to Bishop Fisichella, in charge of the next Jubilee of Mercy . In that letter, it enacts some application principles of this jubilee, first for all the Catholic faithful, and in special cases: the sick, the elderly, prisoners ... and members of the Priestly Fraternity St. Pius X.

Paradox of this Pope who, by the same token, we recognize openly and publicly as Catholics. It's fifty years is known, but here it publicly acknowledges. What he said about us?

"I established, he said, by my own disposition, those who during the Holy Year of Mercy, come near to celebrate the sacrament of reconciliation - you understand the confession, the sacrament of penance - j 'established so that those who approach the priests of the Society of St. Pius X will receive valid and lawful absolution of their sins. "

What is the scope, the rationale of this provision?

The first thing that is clear is that in this letter, the Pope invites us, wants to involve us in this Jubilee of Mercy. It is important first of all to ask ourselves this. What is this jubilee? Should we, can we participate or not?

A jubilee, you know - the term is common - an anniversary is being celebrated in joy, in jubilation. You celebrate the silver jubilee or gold of your wedding, we of our priesthood. Joyful event in which we give thanks to God for his blessings. In the Church, jubilees are mostly anniversary of the Redemption of Our Lord Jesus Christ.

For example, in 2000, in his Bull of Indiction - is the papal act by which the Pope decreed a jubilee - Pope John Paul II opened the Jubilee precisely to celebrate the great mystery, gorgeous, the redemptive Incarnation of Our Lord Jesus Christ. He said it was the first words of his Bull of Indiction: "The eyes fixed on the mystery of the Incarnation of the Son of God, the Church prepares to cross the threshold of the third millennium".

Eyes fixed on the mystery of the Incarnation of the Son of God ... We were facing a jubilee quite traditional, classic as to its nature, which is why we participated happily there, taking us to largely away from all the dramatic events that took place on the occasion of this jubilee. Whether ecumenical or interfaith, unfortunately they have multiplied. But the Jubilee itself, this jubilee one was quite catholic, traditional; and acts Catholics, traditional, we have participated. Making a double profession of faith, first of all by this pilgrimage to Rome and then taking the defense of the faith, and to this end Bishop Fellay asked us to prepare a comprehensive study on the so serious problem of liturgical reform. (1)

What about the Jubilee today? What just celebrate? This requires looking at theBull of Indiction of Pope Francis in which he enacts jubilee. This is where are described the purpose and intent of the jubilee. However, this text is extremely clear. This is to celebrate the fiftieth anniversary of Vatican II.

The Church, the Pope said, feels the need to keep alive this event. And that is why,he says, I will open the Holy Door for the fiftieth anniversary of the conclusion of the ecumenical council Vatican II.

Vatican II was completed December 8, 1965, and it is therefore on that date, for the 50th anniversary of this event, which will open this jubilee.

Can we rejoice, rejoice, this event was the Second Vatican Council? It is clear, unfortunately, not.

This council itself all causes of decay, the decay, the Church has known for 50 years; whether at the doctrinal level, at the pastoral level. One such very present today, this huge weakness of the Church to the false religions. If Islam is today present in our country, so strong and so vivid, it's primarily because of the Church who hid who was ashamed of his message about Jesus Christ, only Saviour; Church outside of which there is no salvation. We experience all the practical consequences of these erroneous principles, set by the council. This is just one example among many others.

So it is obvious that we can not rejoice in this event the council. These fifty years, for us and for those looking to have an objective view of lucidity, doctrinal and pastoral, these fifty years may not be the opportunity of penance, not of joy.

Returning to the text on Tuesday to see the issues, what it hides behind itself. There is undoubtedly a lot of skill on the part of Pope Francis. For years, decades, they try to make us recognize the Second Vatican Council and its new erroneous principles. They sought to send them to recognize in principle, trying to make us sign alleged doctrinal statements.

Being in Rome in these doctrinal discussions from 2009 to 2011, I can tell you it has seen in the texts of doctrinal statements that they wanted us to sign. And they failed. So rather than make us recognize in principle all these new teachings, they seek to act by the praxis, to make us take actions which, in themselves, by their nature, involve implicit recognition of that.

They want us to take part in the jubilee celebrating 50 years of Vatican II.

We are there - I do not judge intentions, I only take a few history lessons - we are here facing a truly revolutionary tactic, familiar to Marxists. When the revolution can achieve the principles of the man he considered his enemy, he tries to make him take concrete acts by which it puts parentheses principles.

For example, read the book of Mrs. Hue, "In  China  jails". She tells how, being hungry, we denied him any food until Friday when we came to bring him meat, that it renounces its principles of Catholic life. In pure theory, she could eat; she was starving, there was a serious circumstance ... But she understood very well that we wanted to prejudice his Catholic principles. And she refused. It was she who was right.

We still reports how, still in the Communist China to nullify a deeply Catholic parish, Communist troops sought to compel the faithful to just get out of their church benches to burn. It was not an act directly sacrilege. It was not undermining the Blessed Sacrament. These Catholics, with their lively faith, of course, refused. They were right.

So maybe some people would say to me: but still we gain since through this, the Pope recognizes the validity, legality of our faiths. I would answer you: the better, the better for the timorous souls, good for the souls that are not of this parish. But for you, it, it is obvious that you have no doubt that recognition brings nothing.

That there when needed today is unfortunately more than obvious. Would that confession in this field to take only one. There is not a week in office without guard that we have people external to this parish, who come to us for confession, so they come out of the confessional of a Parisian parish. Outraged by what they were told by the concept of sin completely distorted the supposed priest had confessed. So they came here to get a true absolution. And this is not the fact of a particular priest. This is unfortunately a fact that is in the whole Church.

One need only look at the synod on the family. When it is the question of recognition in the Church of homosexual unions, when it is: "Someone who sins against nature remains in a state of grace, he can commune", when in other words: "Someone who has denied the loyalty oath before God on the day of her marriage can commune", there is, at the highest level of the Church, a severe case of necessity. And that is why, for years, decades, all the absolutions, all the sacraments, weddings, absolutions, you receive this parish, you know, and are valid and lawful. You have seen how they were sanctifiers because through them, yes, Christ, the Church was. Yes, they were valid and lawful.
So, in this jubilee, that the Pope puts in the balance, facing what he asks - rejoice a deleterious council - you see, it has no weight.

What we need today to ask us to our patron saint, St. Pius X, is at once the strongest in faith, this great unity in our lives, guided and led by this beautiful faith. It is asking this great charity in these times of confusion that so many people unfortunately are lost, as are lost; great charity to them. Do not judge, do not condemn, but we remain in this great faithfulness that characterized you for so long, it is she who will be for those true light. 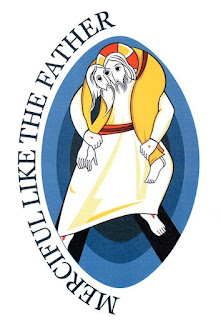 Posted by hereisjorgebergoglio at 4:30 AM