The heretical gospel of Francis..."Homeless Jesus" 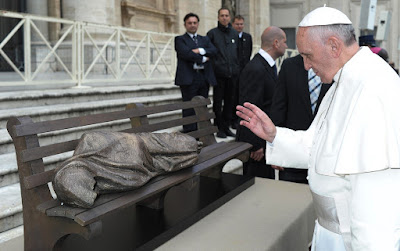 Francis blesses the sculpture 'Jesus the Homeless' by Timothy Schmalz
during a general audience in December 2013.


“The Son of God came into this world as a homeless person,” the Pope said. “The Son of God knew what it was to start life without a roof over his head.”

“We can find no social or moral justification, no justification whatsoever, for lack of housing. There are many unjust situations, but we know that God is suffering with us, experiencing them at our side. He does not abandon us.”

“We know that Jesus wanted to show solidarity with every person. He wanted everyone to experience his companionship, his help, his love. He identified with all those who suffer, who weep, who suffer any kind of injustice.” 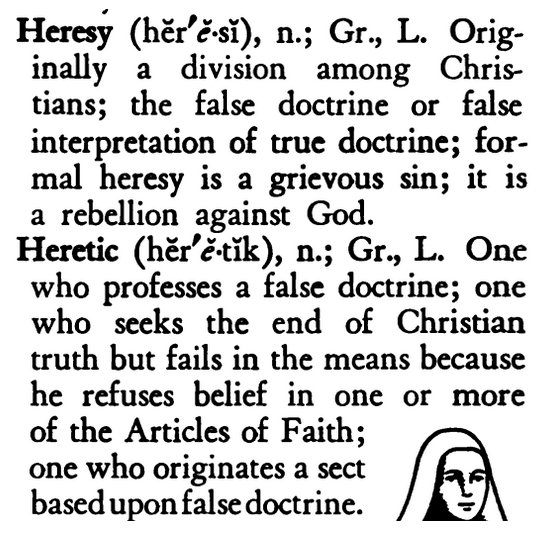 By this twisted logic we must ask, "So is a child who was born in the hospital also homeless Francis?"

When you take the supernatural out of the Gospel, as Francis does, all that is left is man.  Francis worships man and man's material needs.  At every turn Francis promotes himself, as does the complicit mainstream media, as Mr. Humble.  It is as if humbleness had never existed ever before on earth.  How does Francis' false humility or his calculated humbleness which he takes great pride in compare to Our Lord's example which started with His Birth? 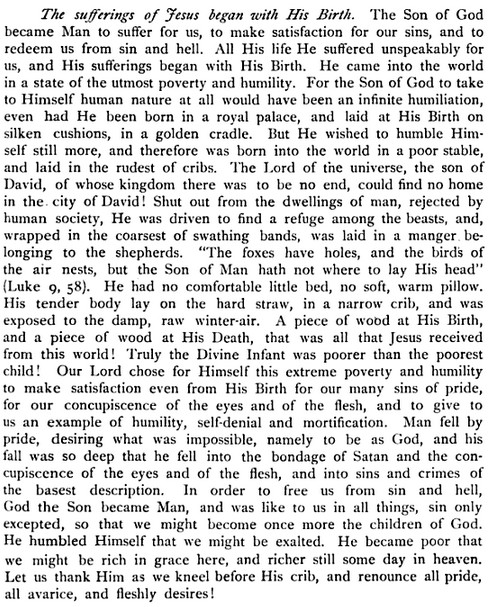 A Practical Commentary on Holy Scripture: For the Use of Those
who Teach Bible History by Bishop Friedrich Justus Knecht
Posted by hereisjorgebergoglio at 3:46 PM