Francis inverts the hierarchy of the church 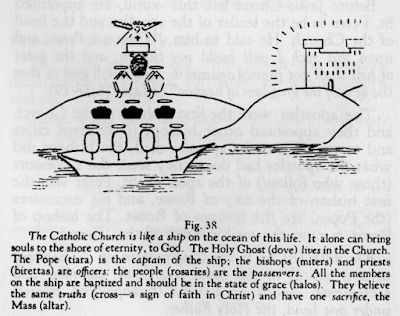 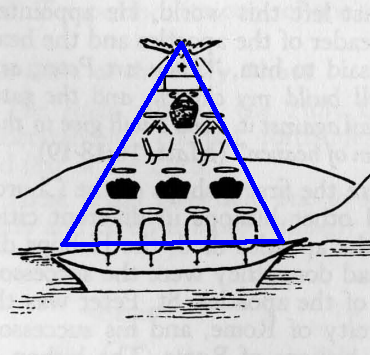 The hierarchy of the Catholic Church (blue lines were added by
Call Me Jorge... to demonstrate the pyramid-like structure).

8. For the provisions of the new law are contrary to the constitution on which the Church was founded by Jesus Christ. The Scripture teaches us, and the tradition of the Fathers confirms the teaching, that the Church is the mystical body of Christ, ruled by the Pastors and Doctors (I Ephes. iv. II sqq.) - a society of men containing within its own fold chiefs who have full and perfect powers for ruling, teaching and judging (Matt. xxviii. 18-20; xvi. 18, 19; xviii. 17; Tit. ii. 15; 11. Cor. x. 6; xiii. 10. & c.) It follows that the Church is essentially an unequal society, that is, a society comprising two categories of per sons, the Pastors and the flock, those who occupy a rank in the different degrees of the hierarchy and the multitude of the faithful. So distinct are these categories that with the pastoral body only rests the necessary right and authority for promoting the end of the society and directing all its members towards that end; the one duty of the multitude is to allow themselves to be led, and, like a docile flock, to follow the Pastors. St. Cyprian, Martyr, expresses this truth admirably when he writes: "Our Lord, whose precepts we must revere and observe, in establishing the episcopal dignity and the nature of the Church, addresses Peter thus in the gospel: Ego dico tibi, quia tu es Petrus, etc. Hence, through all the vicissitudes of time and circumstance, the plan of the episcopate and the constitution of the Church have always been found to be so framed that the Church rests on the Bishops, and that all its acts are ruled by them. -Dominus Noster, cujus praecepta metuere et servare debemus, episcopi honorem et ecclesiae suae rationem disponens, in evangelio loquitur et dicit Petro: Ego dico tibi quia tu es Petrus, etc.... Inde per temporum et successionum vices Episcoporum ordinatio et Ecclesiae ratio decurrit, ut Ecclesia super Episcopos constituatur et omnis actus Ecclesiae per eosdem praepositos gubernetur" (St. Cyprian, Epist. xxvii.-xxviii. ad Lapsos ii. i.) St. Cyprian affirms that all this is based on Divine law, divina lege fundatum.The Law of Separation, in opposition to these principles, assigns the administration and the supervision of public worship not to the hierarchical body divinely instituted by Our Savior, but to an association formed of laymen. To this association it assigns a special form and a juridical personality, and considers it alone as having rights and responsibilities in the eyes of the law in all matters appertaining to religious worship. It is this association which is to have the use of the churches and sacred edifices, which is to possess ecclesiastical property, real and personal, which is to have at its disposition (though only for a time) the residences of the Bishops and priests and the seminaries; which is to administer the property, regulate collections, and receive the alms and the legacies destined for religious worship. As for the hierarchical body of Pastors, the law is completely silent. And if it does prescribe that the associations of worship are to be constituted in harmony with the general rules of organization of the cult whose existence they are designed to assure, it is none the less true that care has been taken to declare that in all disputes which may arise relative to their property the Council of State is the only competent tribunal. These associations of worship are therefore placed in such a state of dependence on the civil authority that the ecclesiastical authority will, clearly, have no power over them. It is obvious at a glance that all these provisions seriously violate the rights of the Church, and are in opposition with her Divine constitution. Moreover, the law on these points is not set forth in clear and precise terms, but is left so vague and so open to arbitrary decisions that its mere interpretation is well calculated to be productive of the greatest trouble. 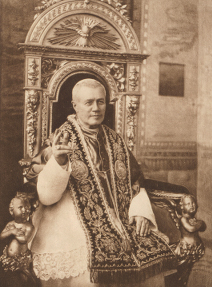 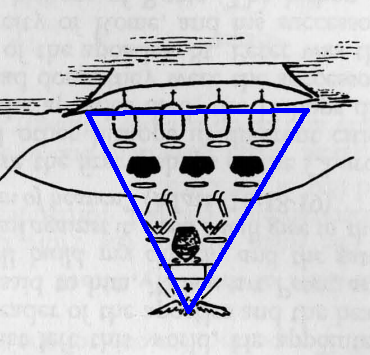 Francis' inverted order, the hierarchy of the Novus Ordo.

Synodality, as a constitutive element of the Church, offers us the most appropriate interpretive framework for understanding the hierarchical ministry itself. If we understand, as Saint John Chrysostom says, that “Church and Synod are synonymous”,(19) inasmuch as the Church is nothing other than the “journeying together” of God’s flock along the paths of history towards the encounter with Christ the Lord, then we understand too that, within the Church, no one can be “raised up” higher than others. On the contrary, in the Church, it is necessary that each person “lower” himself or herself, so as to serve our brothers and sisters along the way.

Jesus founded the Church by setting at her head the Apostolic College, in which the Apostle Peter is the “rock” (cf. Mt 16:18), the one who must confirm his brethren in the faith (cf. Lk 22:32). But in this Church, as in an inverted pyramid, the top is located beneath the base. Consequently, those who exercise authority are called “ministers”, because, in the original meaning of the word, they are the least of all. It is in serving the people of God that each bishop becomes, for that portion of the flock entrusted to him,vicarius Christi,(20) the vicar of that Jesus who at the Last Supper bent down to wash the feet of the Apostles (cf. Jn 13:1-15). And in a similar perspective, the Successor of Peter is nothing else if not the servus servorum Dei.(21)

Let us never forget this! For the disciples of Jesus, yesterday, today and always, the only authority is the authority of service, the only power is the power of the cross. As the Master tells us: “You know that the rulers of the Gentiles lord it over them, and their great men exercise authority over them. It shall not be so among you; but whoever would be great among you must be your servant, and whoever would be first among you must be your slave” (Mt 20:25-27). It shall not be so among you: in this expression we touch the heart of the mystery of the Church, and we receive the enlightenment necessary to understand our hierarchical service.

source: FRANCIS' ADDRESS AT THE CEREMONY COMMEMORATING THE 50th ANNIVERSARY OF THE INSTITUTION OF THE SYNOD OF BISHOPS 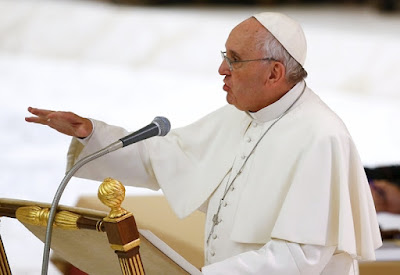 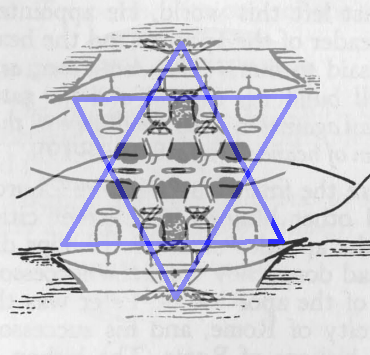 Remind you of something? 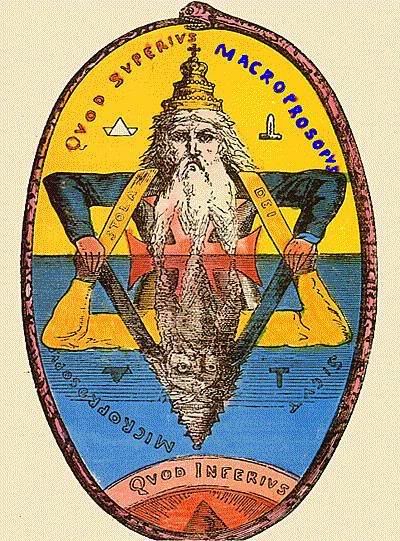 The Great Seal of Solomon picture is attributed to Alphonse Louis
Constant (aka Eliphas Levi) an occultist and magician.

It has to be another coincidence, right?
Posted by hereisjorgebergoglio at 12:10 PM