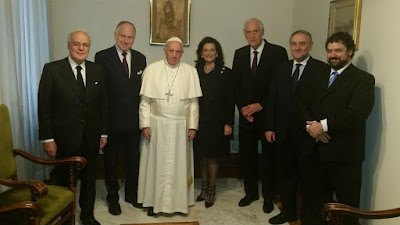 Today, on the 50th anniversary of the declaration of Nostra Aetate, Francis privately met with six members of the World Jewish Congress.  According to Claudio Epelman, Executive Director of the regional branch of the World Jewish Congress; the Latin American Jewish Congress, Francis regaled his Talmudic Jewish guests with a joke.  We at Call Me Jorge... are assuming it is Francis' favorite blasphemous joke as Epelman recalled hearing the same joke two years ago, on the Jewish New Year, coming out from the mouth of Francis.  It was also told at the kosher Last Lunch Francis held at the Vatican. The following quote is excerpted from the article, Francisco sorprendió con un chiste religioso a los mayores seis líderes judíos del mundo, published in La Nacion and written by biographer of Francis, Elisabetta Pique.

"And this time he (Francis) said 'I will do as the rabbis who have a habit of telling stories' and he told the story of an anti-Semitic priest who never missed an opportunity to attack the Jews. One day, in a sermon, the priest found a pretext and began to attack Jews, as always, in virulent form. Suddenly, Jesus came down from the cross, looked to the Virgin and says, 'Mom, let's go, it seems that they do not like us here.'"


Once again, the true Francis comes out.  Not the PR character created by Greg Burke and company, who kisses babies and takes selfies but the one who hates Jesus the Christ and His Church. 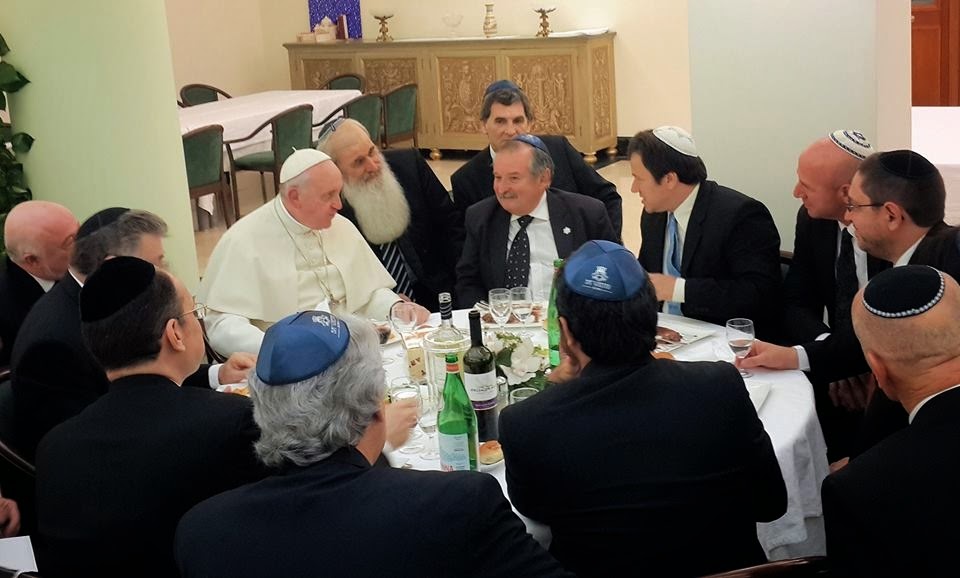 Posted by hereisjorgebergoglio at 4:35 PM