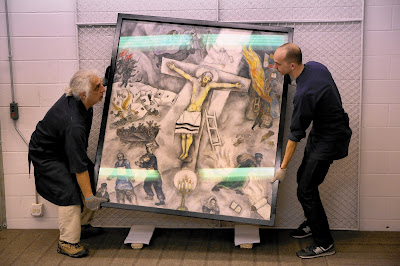 “White Crucifixion” launched Chagall to do other paintings of the Jewish crucified Christ but none were so moving, says Chicago artist John David Mooney.

“This painting is different than all of his other crucifixions. He was doing a lot of them and they were all clearly Christ as a Jew,” Mooney said. “But this one is totally different and I think he knew that at the time.” 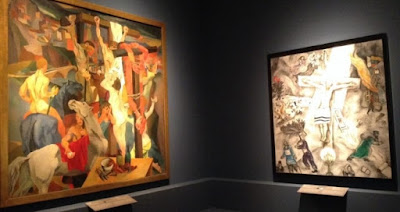 ...By painting a Jewish Christ, Chagall was sending a message to the “Christian” countries persecuting the Jews. Yet, at the same time he was speaking to all generations, Mooney believes.

But most of all there is hope in the work Chagall created. The ray of light coming down from the top of the painting represents the hope of God for his people.

“I really see it as a very, very pastoral painting,” Mooney said and a good painting for Pope Francis to use as a teaching tool.

“He has to teach the Gospel and he chose a painting that teaches the Gospel,” he said. “God is found in humanity and he’s accompanying humanity.” 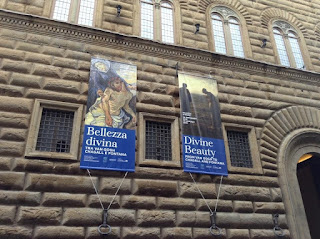 The painting is part of an exhibition at the Palazzo Strozzi in Florence, Italy named, Divine Beauty: From Van Gogh to Chagall and Fontana and runs from 24 September 2015 to 24 January 2016.  It fits right in with the majority of the artwork in the exhibition due to most of the works being blasphemous.  If this isn't 'divine beauty' to a Catholic or to God, who finds it pleasing?   One of the days (between 9th & 13th of November) during the exhibition, the “White Crucifixion” will be moved to the Baptistery of St. John temporarily in order so Francis can view it in private during his one-day trip to Florence. 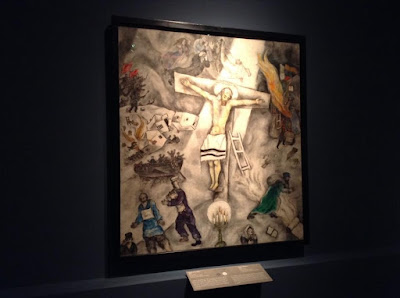 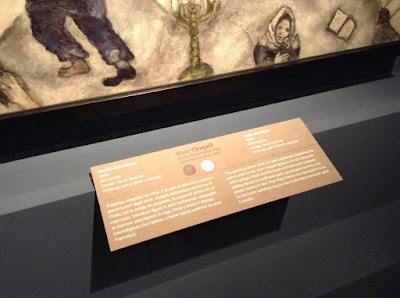 The explanation at the foot of the painting reads, "This painting, dated 1938, is a bold statement depicting the persecution of the Jews.  Chagall replaces Christ's loincloth with a prayer shawl and His crown of thorns with a kippah, adding figures in traditional garb, synagogues burning and people fleeing in fear.  That Pope Francis has declared it to be his favorite painting may be due to the bold interfaith spirit it exudes."


More on the White Crucifixion

Posted by hereisjorgebergoglio at 6:15 AM