Sister Cristina is back again

“Pope Francis? I think he would support me, because the church must reduce its distance from the people. God bless this musical!”
Suor Cristina quote from ANSA, Suor Cristina debutta nel musical 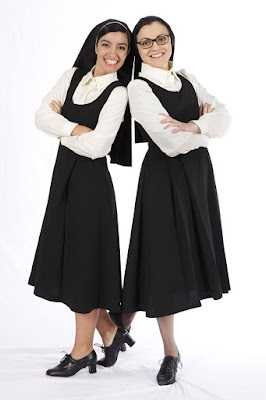 Who is the real nun? 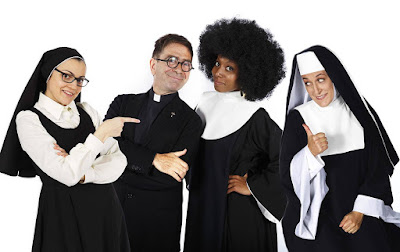 Nothing like a nun starring in a musical which makes a mockery out of religious.


What's the play about?

Sister Act was written by two Talmudic Jews, Cheri Steinkellner & Bill Steinkellner, a husband and wife writing team.  Deloris (aka Sister Mary Clarence) the protagonist is a black woman on the run from her boyfriend who happens to be a murderer, involved in organized crime, and inconveniently married.  Deloris introduces the nuns to the ways of the world and its vices.  The nuns end up saving Deloris from her murderous boyfriend but sadly don't save Deloris' soul as they never bother instructing her in the faith.  Not only does it make a mockery of the Catholic faith, it concludes with Deloris and the Mother Superior making a truce with the declaration that they aren't so different after all. 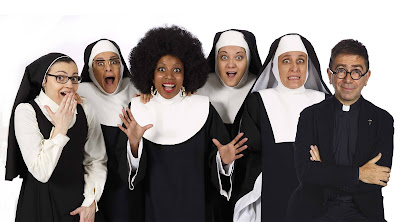 Is that funny Cristina?  Or is it 'speak no evil'? 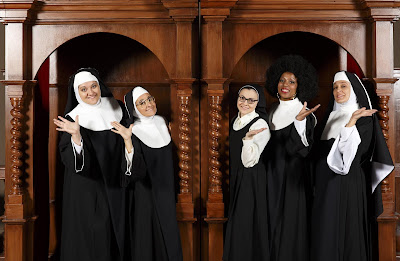 Using the confessional as a prop.

“Theater is a way to meet others and leave my message of love.”
Suor Cristina quote from ANSA, Suor Cristina debutta nel musical 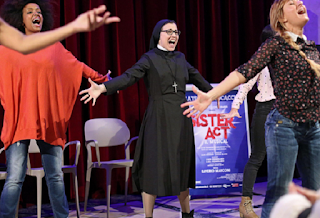 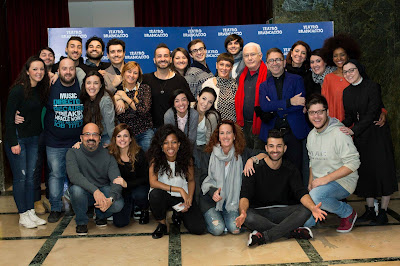 The cast of 'Sister Act'

What else has Cristina been up to? 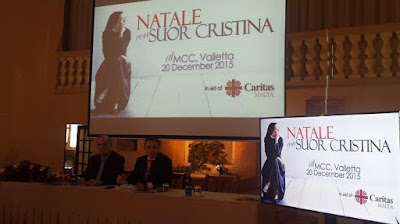 Suor Cristina is also going to have a concert in Valletta, Malta in December.
'Natale con Suor Cristina' going by the billboard image is all about Cristina! 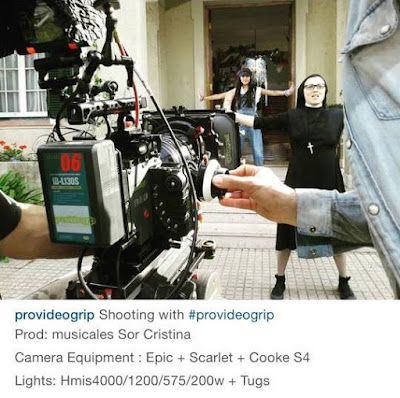 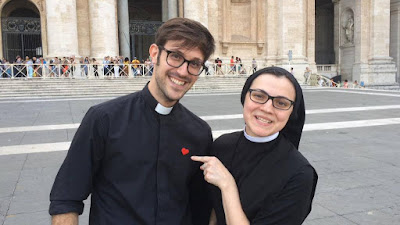 Posted by hereisjorgebergoglio at 7:23 PM