Is Rabbi Sergio Bergman a freemason?

Thanks to Vox Cantoris for bringing this to our attention in the post Pope Francis' Rabbi amigo in Argentina praises his encyclical on the environment; what's wrong with this picture?


Francis' good buddy, Rabbi Sergio Bergman was congratulated the other day, by none other than Prime Minister of Israel Benjamin Netanyahu, for his appointment as the Minister of Environment and Sustainable Development for Argentina.  According to Haaretz, "Sergio Bergman, who will start his new position on December 10, is believed to be the only rabbi serving as a government minister outside of Israel."  Guess who this Talmudic rabbi credits with being his spiritual mentor?

“From my reflections as a disciple, I am about to give testimony of the gospel from who is my spiritual master, a Jesuit leader and is now head of the Vatican state; and who will be a new paradigm for the whole world.”


Yup, it's Francis!  One can see why Rabbi Bergman is excited about Francis' encyclical, Laudato si'.  He plans on using it to help push through legislation beneficial for his Talmudic cronies.  To read more about about Francis the "spiritual mentor" click, Rabbi Francis.  Also, remember Bergman was part of Francis' entourage during his sojourn to Israel.  This is more than an ordinary master—pupil relationship.  Here's a partial list of a few books Rabbi Bergman has written under the guidance of his "spiritual master" Jorge Bergoglio (aka Francis):

Lastly, some memories of the "spiritual master" and his rabbinical student together through the years. 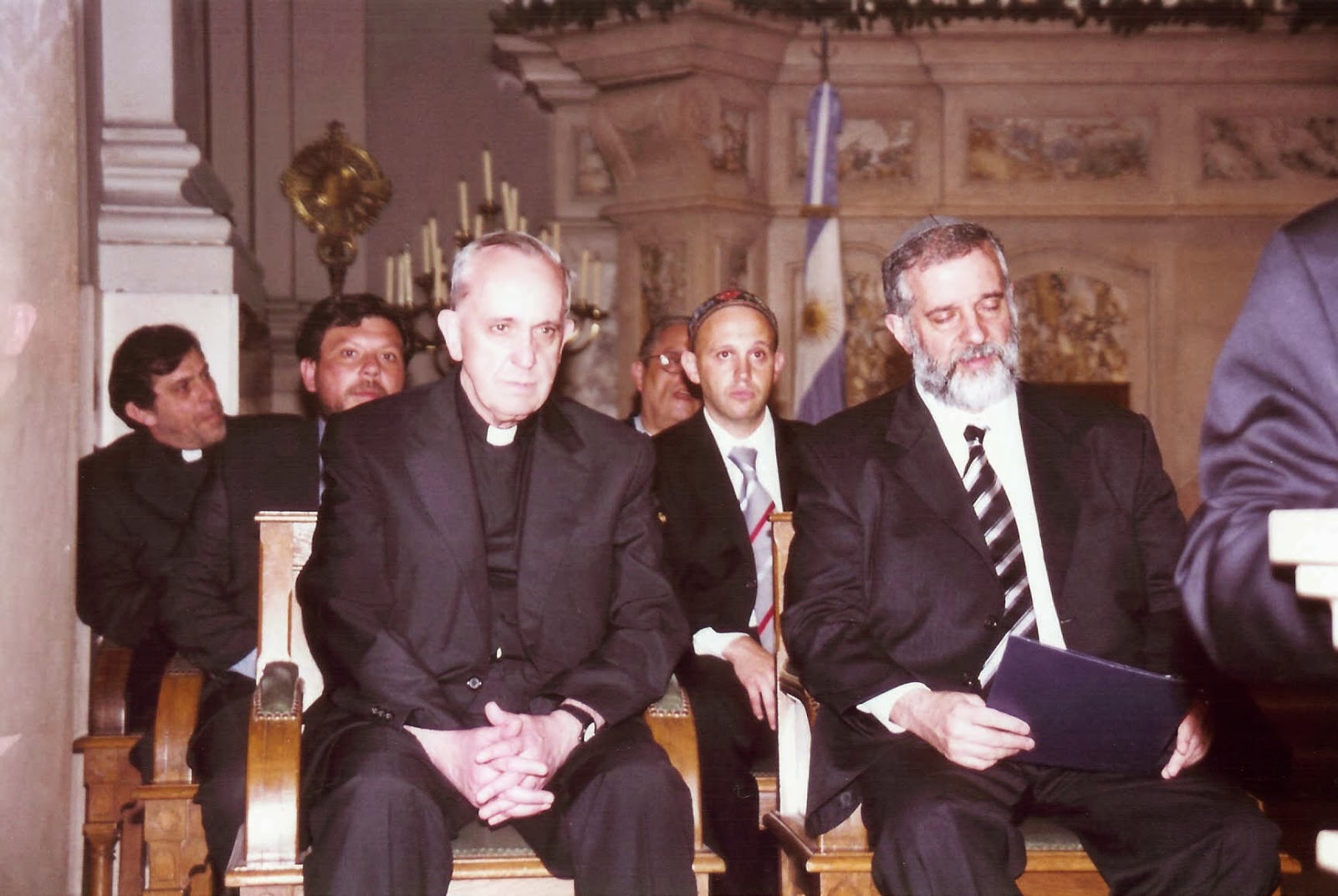 Participating in a Talmudic Kristallnacht service at the Basilica of St. Nicholas.

Jorge Bergoglio gushing over Rabbi Sergio Bergman and
how important his book 'Argentina Ciudadana' is.

So important Bergoglio wrote the prologue for it and gave it an endorsement. 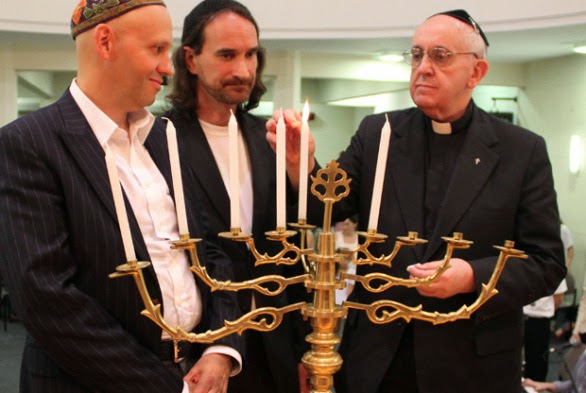 It's time to light the menorah together! 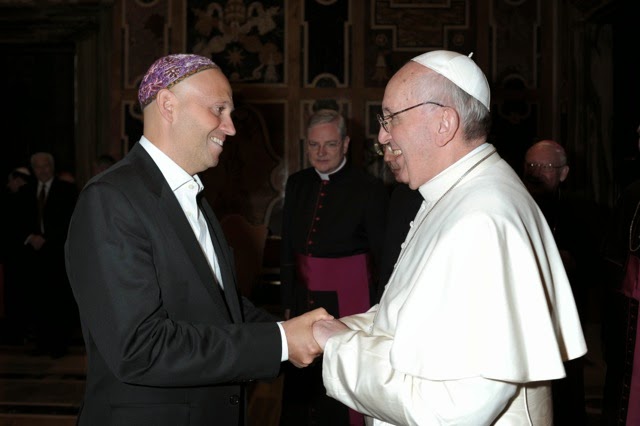 Congratulations Jorge, you the man now! 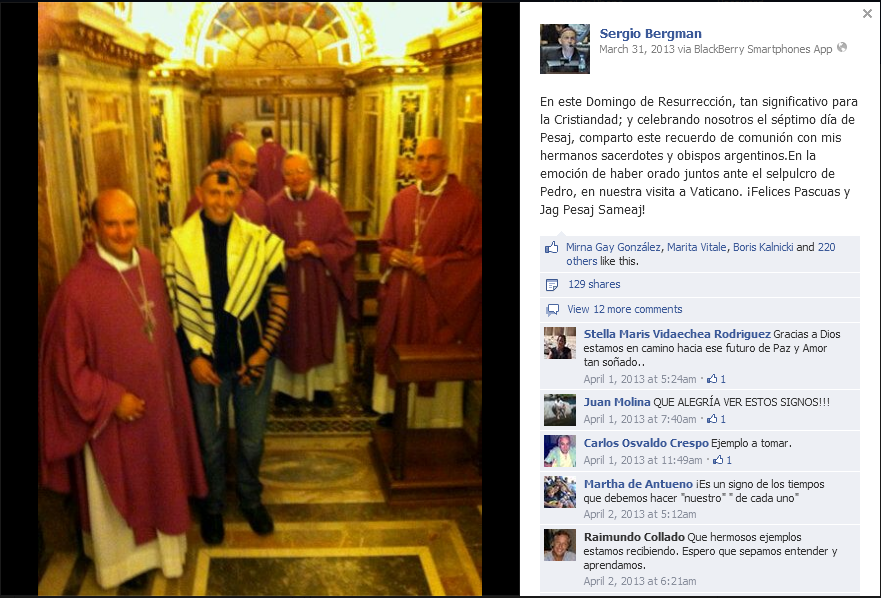 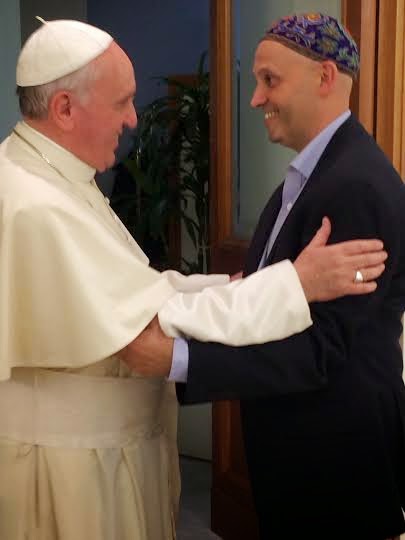 Does this photo look familiar?  It's from the first video,
one can see the photo just below the freemasonic logo. 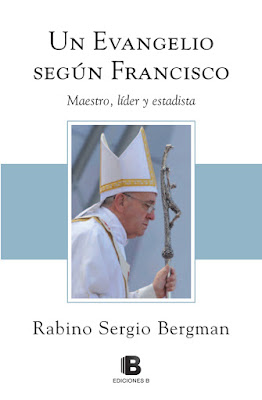 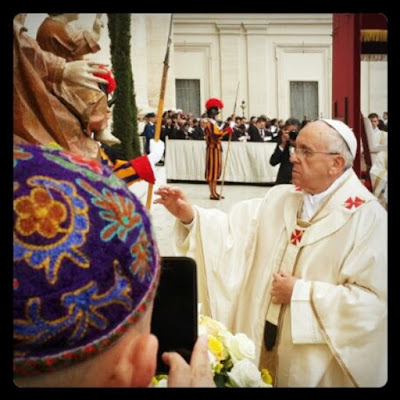 Bergman had an all access backstage vip pass (along with many other rabbis
in attendance) for the canonizations of John XXIII and John Paul II. 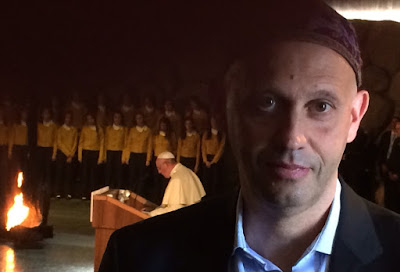 Posted by hereisjorgebergoglio at 6:56 AM