At least Francis wasn't making blasphemous jokes about Our Lord this time!

Or alternatively watch here or here.


This video exchange between Francis and a Mexican was recorded by one Mexican monsignor, Monseñor Carlos Alberto Cardona, on 1 January 2016 in St. Peter's Square.  We don't know if the person interacting with Francis was the monsignor or not.

MEXICAN:  “Pope, we are waiting for you in Mexico!”

FRANCIS:  “With or without tequila?” 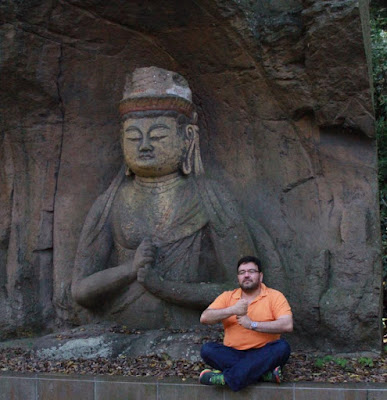 It's no joke this is what passes for a monsignor today in the Novus Ordo.
Carlos Alberto Cardona in front of a Buddha in Japan.

Posted by hereisjorgebergoglio at 9:18 PM