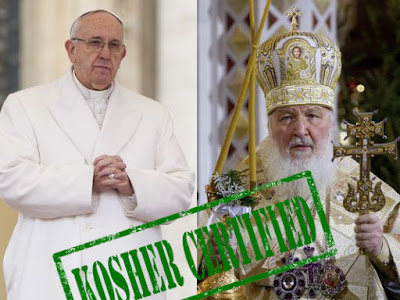 Francis & Kirill will meet in the communist paradise of Cuba thanks to the work of Raúl Castro.

Moscow, February 8, Interfax - The Congress of Jewish Religious Communities and Organizations in Russia attaches great importance to the upcoming meeting between Patriarch Kirill of Moscow and All Russia and Pope Frances.

"Personal meetings are very important. The Orthodox world is led by our patriarch, the Catholic one by the pope, and such a meeting is a guarantee that good cooperation will be of huge significance both for the Orthodox world, including Russia, and for Catholics. We bless this meeting," the Congress' Vice President, rabbi Zinovy Kogan, told Interfax-Religion.

As for the Judaist-Catholic dialogue, he said he met with a pontific - the late John Paul II. Talks with the incumbent Pope Frances were held in April 2015 by the president of the Conference of European Rabbis, the chief rabbi of Moscow, Pinchas Goldschmidt, Kogan said.

"The current pope encourages in every possible way the dialogue between Judaists and Catholics. Recently he even said that all Catholics are a little Judaist, given that underlying our religious traditions is the Old Testament, i.e. the Torah," rabbi Kogan said. 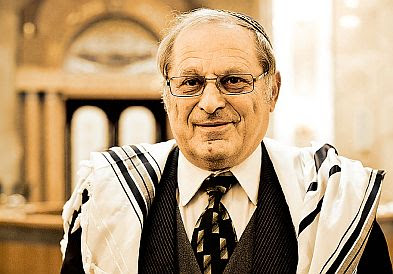