Jorge Bergoglio back in 2004, went to the museum exhibit, “Maimonides 800 Years” 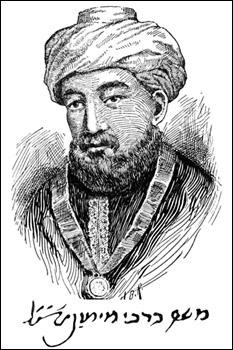 
Flashback to 20 July 2004, the date Cardinal Jorge Mario Bergoglio (then archbishop of Buenos Aires), the late Adel Mohamed Made (then president of the Islamic Center), and Jorge Kirszenbaum (a lawyer and then president of DAIA) had an interreligous field trip to the Museo de Arte Español Enrique Larreta in Buenos Aires to see “Maimonides 800 Years: Meeting of Faith and Reason”.  North America had the twin exhibition at the Florida International University-North Campus.  The exhibit was a collaboration between the Center for Research and Promotion of Sephardic Culture (CIDiCSef) and the University of Cambridge.  The museum display was celebrating the 800th anniversary of the death of Maimonides.  The exhibit contained liturgical objects, paintings, a model of the world Maimonides traveled, excerpts from his works, video, and scholars comments on the Rambam.  There the three interreligous amigos were hosted by Mario Cohen who explained to his guests: what a genius Maimonides was and how the Rambam was a man of coexistence.  Cardinal Bergolgio praised Maimonides open attitude as well as his understanding those of other faiths and praised the exhibit for demonstrating this.  [CMJ's comment: What a bunch of malarkey!  Maimonides wanted to kill Catholics, thought Blacks were inferior, was in favor of child-molestations, believed in situational ethics, etc...] Unfortunately, Call Me Jorge... could not uncover any photos or videos from this day.  We wonder if the three had a spiritual hug which Francis is so fond of?  It would only be a little past 4 years later when Jorge Mario Bergoglio accepted the Maimonides Award for Inter-religious Dialogue in 2008.


More on Call Me Jorge... about Maimonides 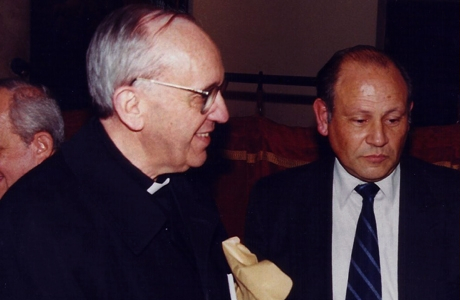 Jorge Bergoglio and Dr. Mario Cohen at the 5th International Symposium on Sephardic Studies at the Maimonides University in Buenos Aires, Argentina.
Posted by hereisjorgebergoglio at 4:05 PM