Nope, we didn't make this up.

After much consideration and deliberation Msgr. Rino Fisichella awarded a contract to Oleificio Morettini to produce the official olive oil of the Jubilee. The idea behind this is that pilgrims coming to Rome for the Jubilee Year will need an olive oil and since they are not familiar with Italy, why not have an olive oil with the Year of Mercy seal on it so they know they are purchasing a quality product.  The olive oil will also be served at all meals in the Vatican City.  Oleificio Morettini is a family owned firm which has been producing olive oil since 1950.  Notice the design on the bottle is an olive tree which takes the stylized form of a pseudo-crucifix.  No word on how much, if any money passed hands to make this deal happen. 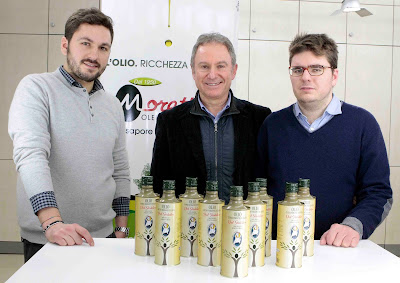 The official Olive Oil of the Jubilee

Posted by hereisjorgebergoglio at 3:23 AM