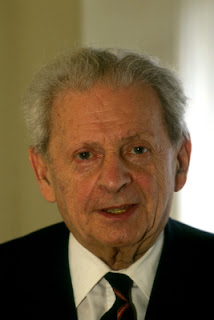 Not many know who Emmanuel Lévinas is nor his influence.


Emmanuel Lévinas was a Litvak (Lithuanian Jew) who immigrated to France where he became a philosopher.  He was a pupil of ‘Monsieur Chouchani’ (aka ‘Shushani’) under whom he studied the Talmud.  ‘Monsieur Chouchani’ also taught Elie Wiesel as well as abused him.  According to Michael Morgan of Indiana University, “Levinas advocates a reading of the Bible through talmudic lenses”.  Saint John Paul II was an avid student of Lévinas while Jorge Mario Bergoglio's mentor, Juan Carlos Scannone was strongly influenced by Lévinas.  Scannone adopted Lévinas’ concepts of ‘the other’ and ‘face-to-face’ into his ideas which we see reflected in the words and action of Francis. 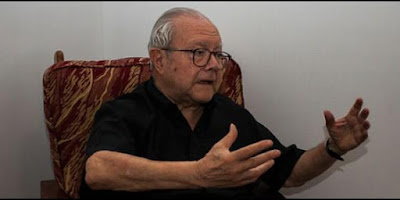 
ZENIT spoke with Nigel Zimmermann about his book, Levinas and Theology, published by Bloomsbury in September 2013. Zimmermann teaches theology at the University of Notre Dame Australia in Sydney.

ZENIT: Tell us about your inspiration for the book.

Zimmermann: I first discovered Levinas through reading John Paul II, especially his interview, Crossing the Threshold of Hope (1994). There, His Holiness called Levinas’ thought a ‘testimony for our age’, and paralleled his philosophy of the other with the ‘radical solidarity’ that the Christian Gospel maintains with every human person. The points of convergence between John Paul II — and especially his earlier writings before becoming Bishop of Rome under the penmanship of Karol Wojtyla — with Levinas, were remarkable. In fact, Wojtyla and Levinas had begun a dialogue and friendship which has largely been overlooked.

Out of this, I developed an interest in both thinkers which took hold as I completed my doctorate at the University of Edinburgh in Scotland. I recall my supervisor (the recently departed Rev Dr Michael Purcell) joking that one of my problems is that people who like John Paul II don’t read Levinas, and that people who like Levinas don’t read John Paul II…but in fact they had read each other’s work with great interest! A challenge for a Catholic theologian is to read both charitably and critically. 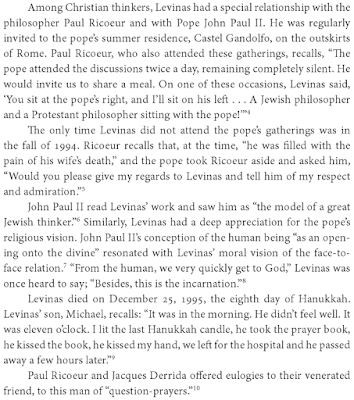 
source: For You Alone: Emmanuel Levinas and the Answerable Life By Terry A. Veling source: The Meaning of Scriptures in the Thought of Emmanuel Lévinas

First of all, Pope Francis shows his appreciation for the French Jewish philosopher, Emmanuel Lévinas, when he says: “Emmanuel Lévinas has founded his philosophy on the encounter with the Other.” In the pope’s eyes, “the Other has a face. One has to leave oneself in order to be able to contemplate it.” Pope Francis also stresses his appreciation of the periphery from whence he looks upon the world: “Since [the time of] Magellan, one has learned to look at the world from the standpoint of the south. That is why I say that the world should better see itself from the periphery than from the center; and I understand better my Faith from the standpoint of the periphery. But the periphery can be human – i.e., linked to poverty, health, or to a feeling of existential periphery.”
source: One Peter Five, Pope Francis Reveals His Mind to Private Audience