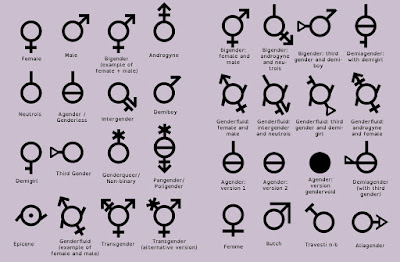 Some of the types of ‘gender’


The text of the new Statute governing the Pontifical Academy for Life was approved by Francis on 18 October 2016 and was promulgated on 4 November 2016 by publication in L’Osservatore Romano.  The new Statute will come into force on 1 January 2017.

Below is the relevant Italian quote taken from the document on the Vatican’s website.  Notice the Italian word ‘generi’ is used.  This is the plural of ‘genere’, the Italian word for gender.  If Francis had wanted to be specific he would have used the word ‘sessi’ (Italian for sexes), the plural of ‘sesso’.  Instead, he uses the ambiguous ‘generi’.  The politically correct degenerates hell-bent on destroying the Catholic family are celebrating this new document in Europe.  (We have taken the liberty and underlined the phrase that the word ‘generi’ is used in below.)

§ 3 - The Academy has a primarily scientific role, for the promotion and defense of human life (See Vitae Mysterium, 4). In particular, it studies various matters dealing with care for the dignity of the human person in the several stages of existence, mutual respect between the genders and generations, the defense of the dignity of every single human being, the promotion of a quality of human life that integrates material and spiritual values, within the perspective of a genuine “human ecology,” that assists in the rediscovery of the original equilibrium in Creation between the human person and the whole universe (Chirograph, August 15, 2016).

Call Me Jorge...’s English translation of the Italian

What a bunch of modernists! 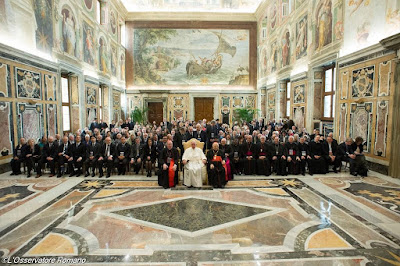 Are Francis and the members of the Pontifical Academy for Life gender-fluid?


Steffen Königer ridiculing the 60 types of gender in Europe

What does the Catholic Church have to say about using language such as this? 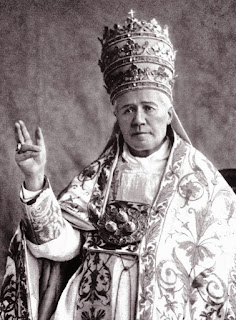 “Although they express their astonishment that We should number them amongst the enemies of the Church, no one will be reasonably surprised that We should do so, if, leaving out of account the internal disposition of the soul, of which God alone is the Judge, he considers their tenets, their manner of speech, and their action. Nor indeed would he be wrong in regarding them as the most pernicious of all the adversaries of the Church. For, as We have said, they put into operation their designs for her undoing, not from without but from within. Hence, the danger is present almost in the very veins and heart of the Church, whose injury is the more certain from the very fact that their knowledge of her is more intimate. Moreover, they lay the ax not to the branches and shoots, but to the very root, that is, to the faith and its deepest fibers. And once having struck at this root of immortality, they proceed to diffuse poison through the whole tree, so that there is no part of Catholic truth which they leave untouched, none that they do not strive to corrupt. Further, none is more skillful, none more astute than they, in the employment of a thousand noxious devices; for they play the double part of rationalist and Catholic, and this so craftily that they easily lead the unwary into error; and as audacity is their chief characteristic, there is no conclusion of any kind from which they shrink or which they do not thrust forward with pertinacity and assurance. To this must be added the fact, which indeed is well calculated to deceive souls, that they lead a life of the greatest activity, of assiduous and ardent application to every branch of learning, and that they possess, as a rule, a reputation for irreproachable morality. Finally, there is the fact which is all but fatal to the hope of cure that their very doctrines have given such a bent to their minds, that they disdain all authority and brook no restraint; and relying upon a false conscience, they attempt to ascribe to a love of truth that which is in reality the result of pride and obstinacy.”