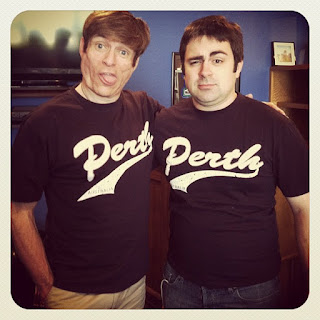 Michael Voris’ Church Militant which bills itself as ‘authentic catholicism’, has been pushing a crowdfunding website, fundingmorality.com, run by the Jewish Institute for Global Awareness (JIFGA).  What’s wrong with that?  Well, the ‘morality’ being promoted is the anti-Christian Noahide Laws!  The founder of JIFGA, Arthur Goldberg tells Christine Niles,


“The platform will highlight people and projects that reflect this worldview as codified in the Noahide Laws, which are premised upon Biblical values as revealed to Noah after the Flood.” 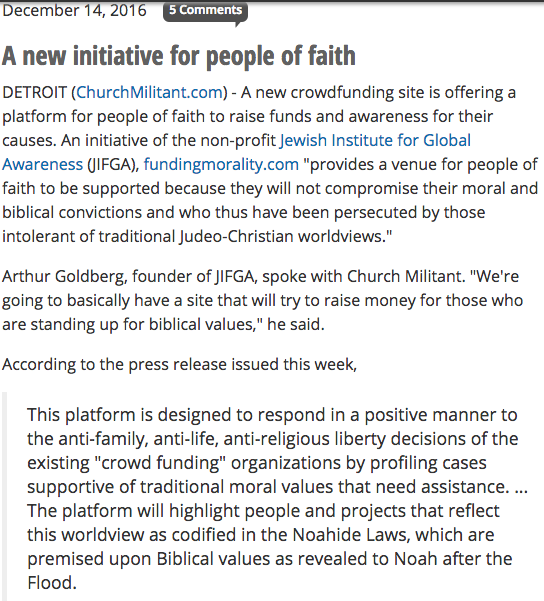 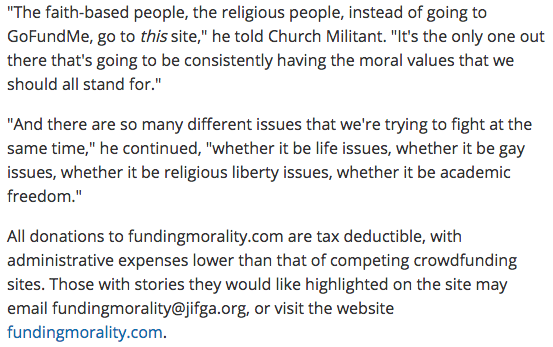 When one starts from the premise that the solution to the problems of the Novus Ordo church is Opus (ju)Dei then it is only logical that one would end up supporting an organization such as JIFGA touting the Noahide Laws as Biblical!

What did Francis’ late rabbinical buddy Angel Kreiman have to say of Opus (ju)Dei?


“Many of Josemaria Escriva's concepts call to mind the Talmudic tradition and reveal his profound knowledge of the Jewish world, as well as his passionate love, as he openly repeated, for two Jews, Jesus and Mary.  Moreover, that which most likens his teachings to Judaism is the vocation of man to serve God through creative work, perfecting creation every day, through perfection of work.”


Kreiman further said that Christians and Jews need to “work together in favor of the principal humanitarian causes: social order, unemployment and poverty, drugs, hunger, and the fight against a consumerism empty of spirituality.”  Sounds just like what Church Militant and Francis are selling doesn’t it? 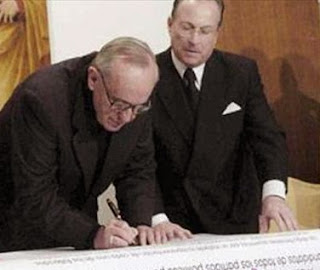 
Sadly this isn’t the first time Mike and his Church Militant crew have promoted the Noahide Laws on their website.  For more information see, Church Militant’s New Organization Seeks to Promote Moral Law, which also contains the seven noahide laws as shown in the below screenshot. 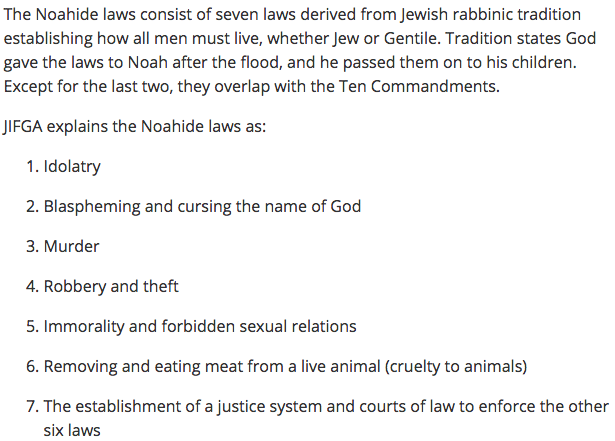 We can hear you asking what’s so bad about the Noahide Laws?

First off they are not Biblical as Arthur Goldberg and Church Militant would have you believe.  They are anti-Biblical, anti-Christian, and anti-Christ rules created by the rabbis.  Want to know what one who follows the Noahide Laws believes about Our Savior, Jesus the Christ?  Then click here and read about how he was a false prophet who led the Jewish people astray, was sexually immoral, practiced witchcraft, violated God’s laws, etc... 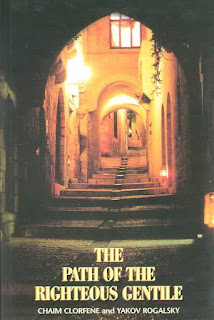 Two rabbis laying down the noahide laws for gentiles.


The Noahide Laws forbids idolatry.  That’s a good thing isn’t it?  Well, actually it isn’t good if you are a follower of Jesus the Christ.  We will return to that in a moment.  According to the book, The Path of the Righteous Gentile by the rabbis Chaim Clorfene and Yakov Rogalsky, in PART TWO: Serving an idol; making an idol, one reads:


2. A person transgresses only when he worships the idol in the normal manner ascribed to each respective idol. Conse­quently, courts of law have to know the appropriate service for the idol in any case of idolatry.

3. The preceding law applies to unique forms of worship. If, however, the person bows down or offers sacrifices or incense or a libation (the four forms of service of the Holy Temple in Jerusalem) to any one of the idols, he incurs the death penalty even though this may not be the way of official worship.[12]


Further in PART THREE: Convincing others to serve an idol; false prophets of the same book it says:


Did you catch that?

Worshiping an idol gets one the death penalty!

The book The Path of the Righteous Gentile is filled with admonitions against idol worshiping such as these.  We can hear you say, “Christ isn’t an idol and belief in him as the Savior of mankind isn’t idol worship!”  Did you notice the footnotes above?  What did they source?  The Mishneh Torah which is subtitled, Sefer Yad ha-Hazaka.  Translated this means, Repetition of the Torah: Book of the Strong Hand.  This is a code of Jewish religious law or halakha authored by the RaMBaM, Maimonides.  What does he have to say about Christians?  Yori Yanover writing for The Jewish Press says of the RaMBaM:


Halachically, Maimonides says in three distinct places that the Christians are idol worshipers.

1. In his interpretation of the Mishna, tractate Avoda Zara 1:3, he writes: “Know that this Christian nation, who are making the claim of a messiah, with all their many different sects, are all idol worshipers and all their holidays are forbidden, and we deal with them regarding religious issues as we would pagans.”

And he adds (AZ 4): “Therefore one must know that in every one of the Christian nation’s cities which has an altar, meaning their house of worship, it is a pagan house of idolatry without any doubt.”

2. In the uncensored version of Hayad Hachazaka (Hilchot Avoda Zara 9:4), Maimonides issues the edict: “The Christians are idol worshipers and Sunday is their religious holiday, therefore in Eretz Israel we may not trade with them on Thursday and Friday of every week, and needless to say on Sunday, which is forbidden [for trade with Christians] everywhere.” Trade in this context refers especially to paying back loans, which would enhance their joy on the day of their idol.

3. Also in Hayad Hachazaka, the laws of forbidden foods, the uncensored version (Hilchot Maachalot Asurot 11:7): “The Christians are idol worshippers and their regular wine if forbidden to be consumed” by Jews since it is likely to be used as libation in their pagan service.

Posted by hereisjorgebergoglio at 9:28 PM