Guess who had a private audience with Francis?

If you guessed Rabbi Adin Steinsaltz, you are correct! 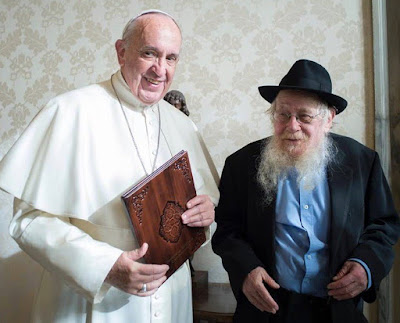 What do Francis & Steinsaltz have in common?


Adin Steinsaltz the famed translator of the the Babylonian Talmud,  nasi of the Nascent Sanhedrin (some say he resigned from this post), and Talmudic teacher of the late Supreme Court Justice Antonin Scalia, traveled to Rome where on Monday he had a private audience with Francis.  It wasn’t Steinsaltz’s first trip to the Vatican, in 2002 he spoke there and again in 2005.  Little has come out about the meeting between Francis and Steinsaltz but it was filmed and photographed.  Call Me Jorge... will update this post if further information comes out.

The day after the private audience Rabbi Adin Steinsaltz returned to Jerusalem where he suffered a stroke and underwent an angioplasty at the Shaare Zedek Medical Center.  He is currently in a medical induced coma. 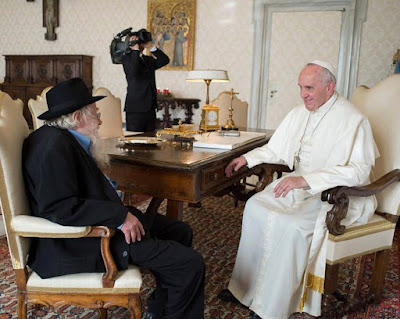 Neither is a fan of the Jesus of the Gospels. 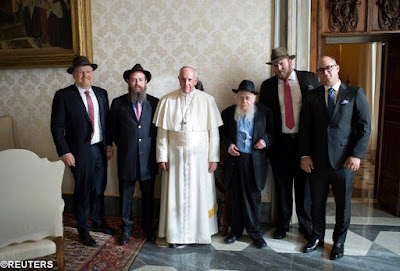 What a motley crew of rabbinical traditionalists.

Adin Steinsaltz like Ivanka Trump, and the late King Hassan II, is a huge fan of Menachem Mendel ‘moshiach’ Schneerson 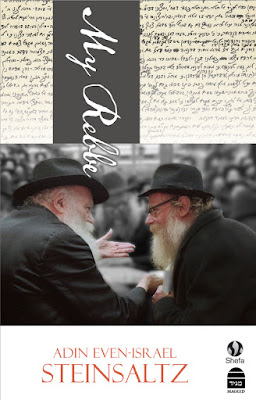 Steinsaltz wrote a book about his teacher and spiritual guide, Schneerson.
Posted by hereisjorgebergoglio at 9:49 AM