Look at the crib the infant Christ-child is sitting in????!!!! 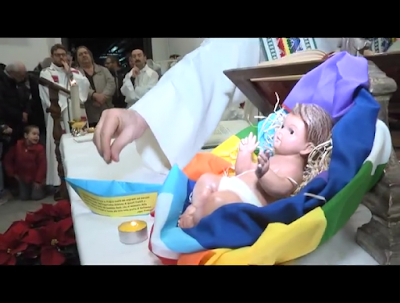 A boat for the Moslem invaders & a rainbow flag for the infant Christ!


Archbishop Matteo Maria Zuppi a conservative Novus Ordo champion of Summorum Pontificum celebrated two Novus Ordo Messes on Christmas Day.  One in the train station of Bologna and the other in its Cathedral.  Here we have a Fraternity of Saint Peter (FSSP) friendly cardinal offering his mess in a train station for the forgotten, the peripheries as Francis would say, with a boat for the “refugees” and a rainbow flag under the infant Jesus symbolizing any and/or all of the following: the seven Noahide laws, peace, homosexuals & other degenerates.  One never knows as Zuppi is a member of the Community of Sant'Egidio.  Zuppi was appointed a bishop by the false conservative Benedict XVI and elevated to archbishop by the radical revolutionary Francis. The entire affair remind us at Call Me Jorge... of Don Paolo Tondelli, the curé of Novellara, Italy had two St. Josephs and no Blessed Virgin Mary at his church’s Nativity Scene back in 2013, inspired by Francis’ words, “Who am I to judge?” 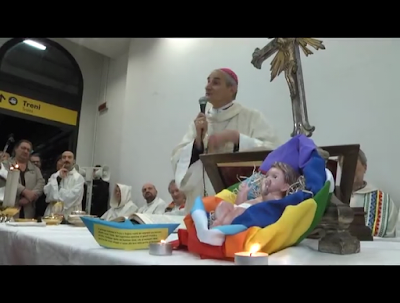 One shudders to think of the garbage spouted off by Zuppi during his homily. 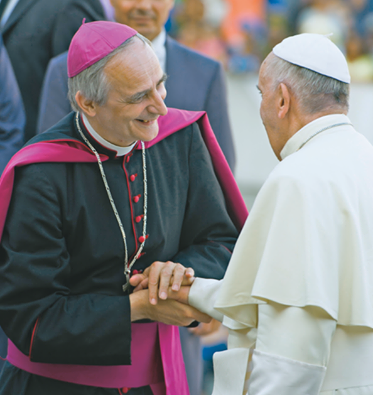 The screenshots are from this video.


source for video: facebook, Ètvrete7 Bologna, 25 December 2016
Posted by hereisjorgebergoglio at 3:17 AM