is alive and well at the

Some of the priests at Saint John Cantius were invited to The Art Institute of Chicago for a viewing of Marc Chagall’s blasphemous painting, the “White Crucifixion”.  They were so delighted to see Francis’ favorite painting that they posted photos of themselves viewing it on St. John Cantius’ social media accounts at facebook and at twitter.  Surprised?  We at Call Me Jorge... are not for Saint John Cantius church in Chicago and its associated programs are all about the “smells and bells” in the post-Summorum Pontificum 1962 Indult and the Novus Ordo Missae offered there daily as their official website explains.  We call it Tridentine Judaism as they bestow upon Talmudic Judasim (this time with the Hasidism of Chagall’s blasphemous painting) an undeserved honor as being the eternal victims instead of being the transgressors that they are.  Why would a Catholic pose with, much less promote blasphemy such as the “White Crucifixion”?  Ignorance of Talmudic Judaism?  Ignorance of the Catholic Faith?  Or simply, love of “smells and bells”? 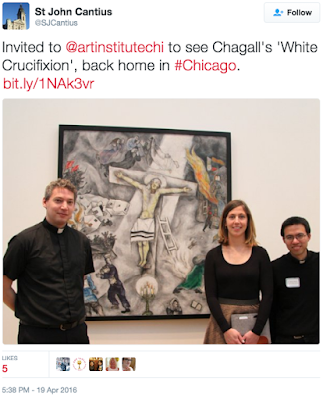 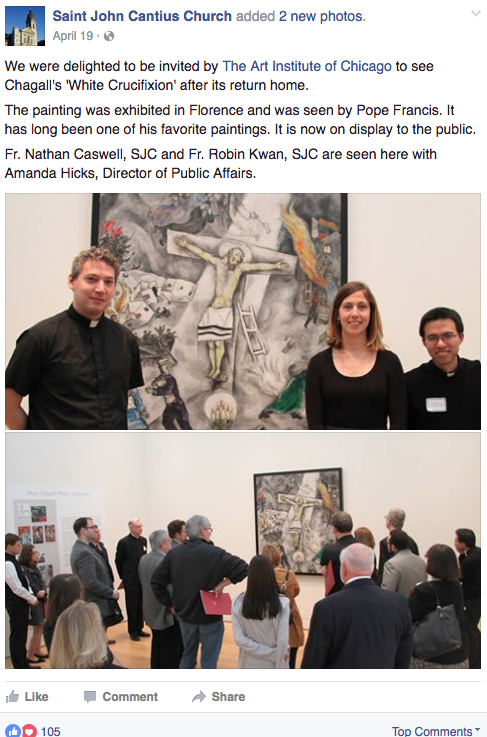 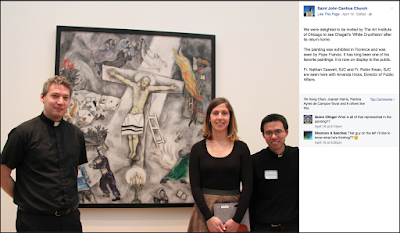 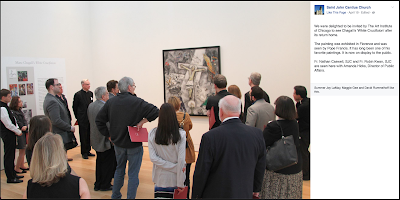