Even though the Christmas season last until Candlemas, Francis has taken upon himself to have the Nativity Scene and Christmas tree in St. Peter’s Square dismantled today.  So much for celebrating the 40 days of Christmastide which correspond to the 40 days of Lent.  What new ‘tradition’ is Francis starting? 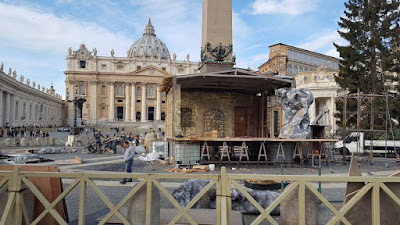 The above tweet makes no sense unless the author mis-typed meaning to hit the number ‘8’ instead of the number ‘7’ as to our knowledge, the crib was first placed in St. Peter’s Square under the orders of John Paul II in 1982. 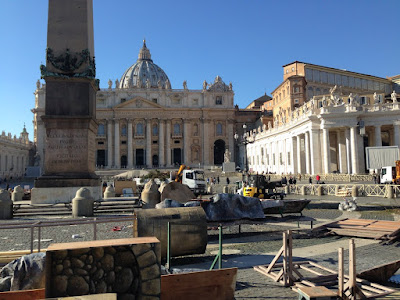 “Vatican nativity scene and Christmas tree dismantled today, reason not yet given. Normally crib is up until Feast of Presentation, Feb. 2”
source: twitter, @EdwardPentin, 11 January 2017

Isn’t it interesting that Francis was in Paul VI Hall lecturing the people attending his general audience on the worship of false idols while this demolition was taking place?

*How is a woman good if she had an abortion to keep her figure and worships the false idol of physical beauty?  Why does Francis say she is good?


Some else who likes to take away Christmas...
Posted by hereisjorgebergoglio at 2:21 PM