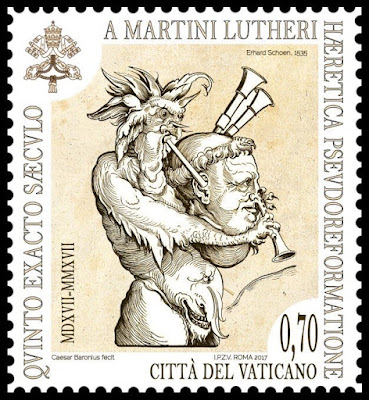 An image found on twitter posted by Antonio Carrabino
of what he feels the future stamp should be.


A recent article, Novità Vaticane Targate 2017,  in the January 2017 issue of  l’Arte del Francobollo, contains an interview with Mauro Olivieri, the director of the Holy See’s Philatelic and Numismatic Office.  One question and answer stands out in the interview.


Danilo Bogoni : Through newly issued stamps, the Vatican continues to clear the pages of history previously considered, at the least embarrassing: in 2011 the centenary of the unification of Italy, in this 2017 soon the beginning of the Lutheran Reformation. [CMJ - Luther’s Revolt] The issue of which a few years ago was unthinkable with the mark of the crossed keys.

Mauro Olivieri : We have to try to understand the present time and be interpreters of the messages that the Holy Father wishes to convey; with the help and understanding of my Superiors of the Governorate, we develop the idea of a modern philately [CMJ - philately is the collection and study of postage stamps], which mark the important moments of history: no doubt the issue dedicated to the 500th anniversary of the Protestant Reformation [CMJ - Protestant Revolt] marks the rapprochement and overcoming of mutual misunderstandings between Christians, and the philately there is. 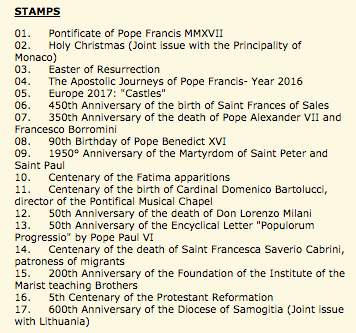 “16. 5th Centenary of the Protestant Reformation” 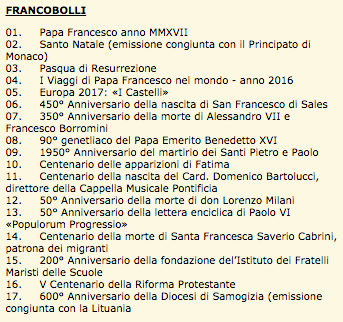 The above mentioned interview with the director of the Holy See’s Philatelic and Numismatic Office, Mauro Olivieri, conducted by Danilo Bogoni 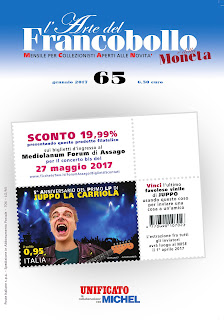 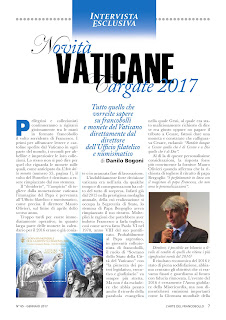 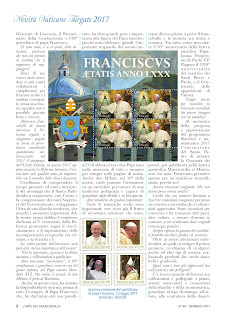 page 8 (has the above translated quote) 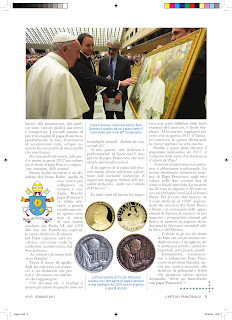 page 9
Posted by hereisjorgebergoglio at 2:05 PM