Last week it was anti-Francis posters, this week a Fake L’Osservatore Romano

The Italian media is reporting that a faux L’Osservatore Romano is circulating in Rome.  It was sent to many cardinals at the Vatican by email and a select few members of the press.  The lead article declares that Francis has responded to the five Dubia submitted to him by the four cardinals, answering each of their questions with both “Yes & No”.  The fake paper also pokes fun at Antonio Spadaro, Pio Vito Pinto, Walter Kasper, Eugenio Scalfari, Christoph Schönborn, Gerhard Müller, and Lucetta Scaraffia.   Below in black and white is the best image of the spoof Call Me Jorge... found available, plus a color snapshot of the page.  Last week it was the anti-Francis pasquino, this week a fake L’Osservatore Romano.  What an embarrassment for the office of the papacy that people are mocking it left and right because of the un-Catholic behavior of the man occupying it.  We wonder what protest next week will bring? 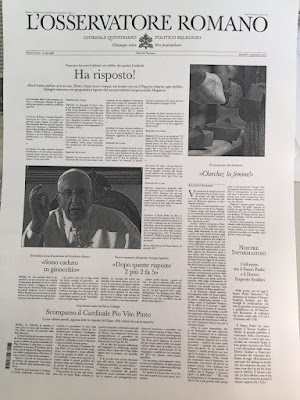 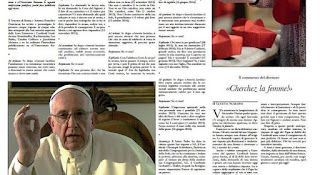 Thanks to the source tho sent us the original file! 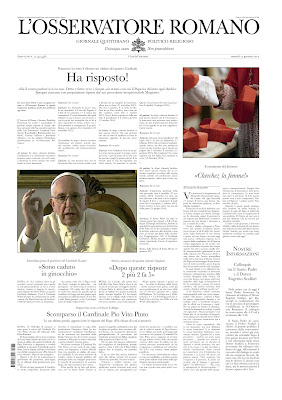 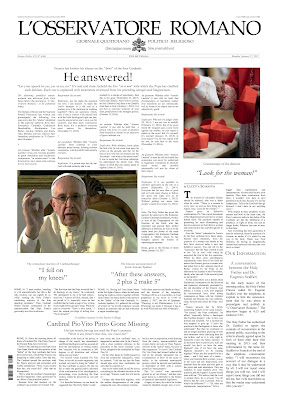 Posted by hereisjorgebergoglio at 10:38 AM