Emmanuel Macron shills for his masters


Emmanuel Macron, the pro-abortion, pro-LGBT, anti-family, pro-Moslem, pro-immigrant, and rumored to be a freemason, toes the party line for his anti-Catholic bankers and rabbis.  This former employee of the Rothschilds claims to be a Catholic however what type of Catholic would begin a sexual relation at the age of 15 with a married women?  Much less one who is almost 25 years his elder?  Brigitte Trogneux, Macron’s handler and current wife, was married at the time to André-Louis Auzière whom she has three children by but Macron carries on a clandestine ‘relationship’ with her.  Not exactly Catholic behavior is it?  We put quotes around ‘relationship’ because Brigette should be charged with statutory rape of a minor under Article 227-27 of the French Republic.  One year after divorcing her husband, Brigette got hitched to her boy toy.  Brigitte nicknamed ‘Bibi’ is not only Macron’s handler, she has steered his career including his 4 year stint at Rothschild & Co. before departing for a position in François Hollande’s cabinet and his recent election.  According to the World Jewish Congress, whose Chairman of the Governing Board is David René de Rothschild, they “look forward to fighting racism and xenophobia” with Macron.  It is symbolic that President Macron and his sexual predator wife Bibi are implementing the anti-Goyimite and anti-Catholic program of their masters — how more perverted can they be?  They better enjoy their lives now because where their heading isn’t a pleasant place. 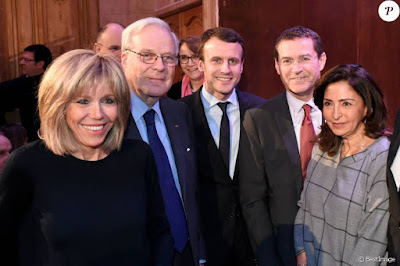 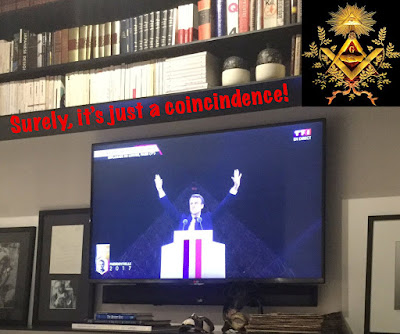 
The glories of the French Republic

Posted by hereisjorgebergoglio at 9:06 PM