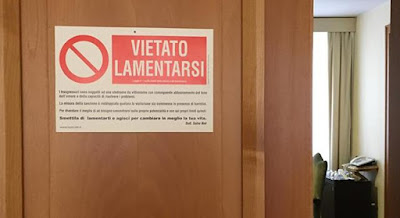 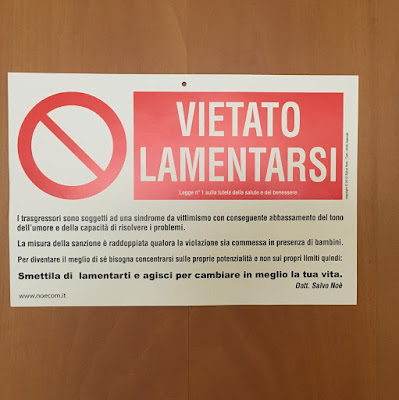 IT IS FORBIDDEN TO COMPLAIN

Offenders are subjected to a syndrome of victimism that lowers the mood and the ability to solve problems.

Sanction is doubled if the offense is committed in the presence of children.

To become the best of yourself, you must focus on your own potential and not on your own limits, so stop complaining and act to change your life better. 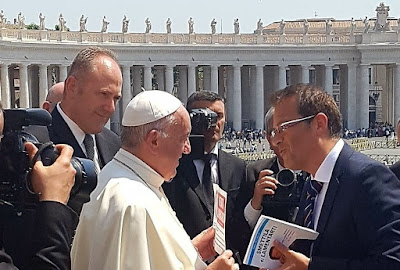 Salvo Noé presenting Francis with his literature after a general audience.


That sign is an invention of a psychologist and psychotherapist with a biblical sounding name, Salvo Noé, author of books and motivational courses. In one of his latest publications he has dedicated a few pages to Bergoglio. On 14 June, at the end of the hearing in St. Peter's Square, Noé had the opportunity to greet Francis for a few moments: he gave him a book, a bracelet and the sign which was immediately appreciated by the pope, who replied: "I will put it outside my office door where I receive people." Presently, the Pope's "office", where audiences usually take place, is in the apostolic palace, whose austerity and beauty do not really match well with that warning, and a bit goliardic sign. So Francis decided to hang it out of the door of his apartment in Santa Marta. 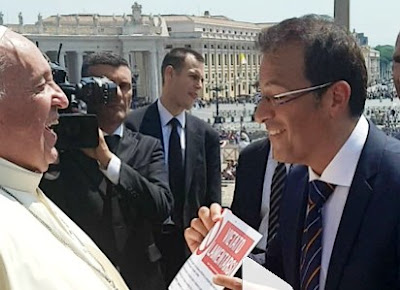 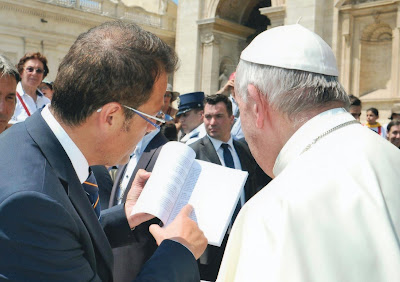 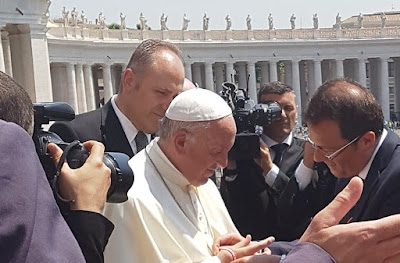 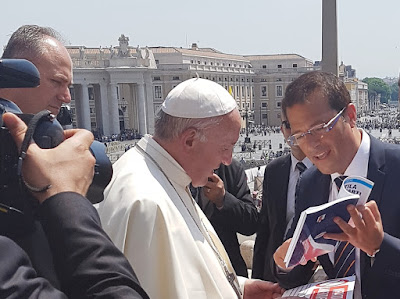 Francis sure did get a lot of swag from Noé! 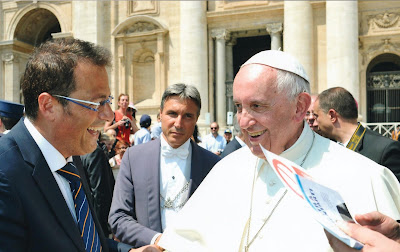 The two seemed to hit it off. 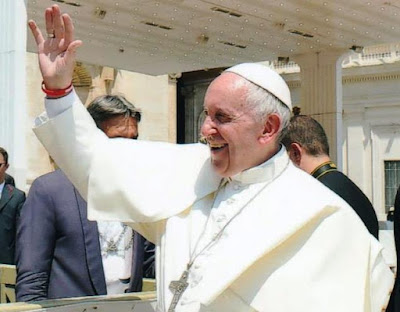 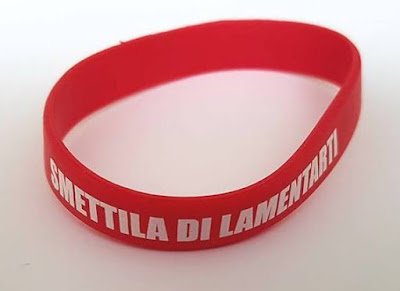 Laughably, according to Rome Reports, this phrase
is the attitude with which Francis runs his papacy!
Posted by hereisjorgebergoglio at 4:37 AM