Vladimir ‘defender of Christianity’ Putin kisses a boy on the stomach because he wanted “to stroke him like a cat”. 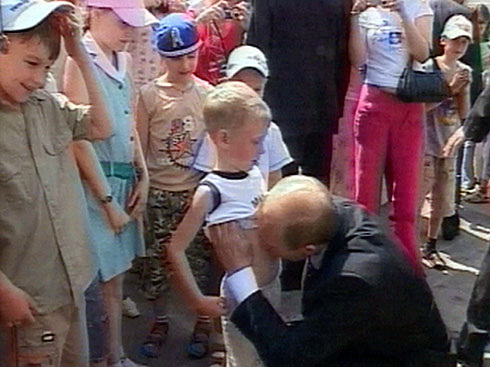 What in the world is he doing?


“MOSCOW (AFP) — The leader of Russia said Thursday he kissed a boy on the stomach because he wanted to treat him like a cat.

Russian President Vladimir Putin raised eyebrows last week during a walk around the Kremlin when he suddenly lifted a young boy's shirt and kissed his stomach. But the action was harmless, Putin said during an Internet chat session Thursday.

"It was an unplanned meeting — people just came up and started talking to me," Putin said. "He seemed very independent and serious. At the same time a child is always defenseless and nice. I wanted to stroke him like a cat and it came out in this gesture. There was nothing behind it."

Putin fielded questions put by ordinary Internet users and chaired by a Russian and a BBC journalist. According to Russian news agencies 162,000 questions were submitted by Internet. Putin eventually answered 49.”


Marina Litvinenko told the media that her husband, Alexander Litvinenko, was murdered by Putin.  Alexander Litvinenko died from being poisoned by polonium-210, a radioactive chemical element.  This happened four months after he wrote an article, The Kremlin Pedophile, which alleged that Vladimir Putin is a pedophile.


This tops one of Francis’ favorite activities, 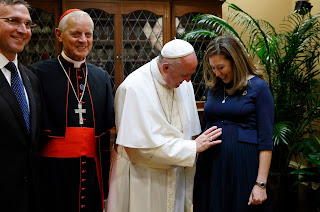 Posted by hereisjorgebergoglio at 2:30 AM