Bishop Antônio Carlos Cruz Santos, “Homosexuality, if it is not a choice and not a disease, it is a gift given by God.”

“Our prejudices can not perceive the gift of God, just as it happened to the blacks, who were not seen as people because of prejudice.” 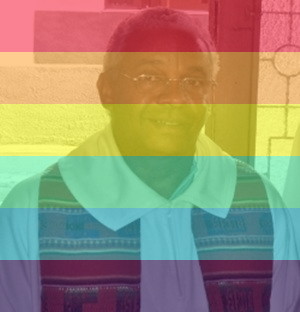 
Bishop Antônio Carlos Cruz Santos, just the other day gave a homily about homosexuality.  He begins it by lamenting the “high suicide rate among homosexuals” and proceeds to tell the sad story of a homosexual who blames himself for his mother’s death.  This anonymous homosexual revealed to his parents his sinful proclivity and shortly thereafter his mother was diagnosed with cancer from which she died.  Antônio Carlos Cruz Santos makes the allusion that she had been brainwashed by society to reject homosexuality and if she had accepted her son’s homosexuality that she would still be alive.  He then goes on to say, “the gospel demands love” no matter the person’s behavior and “the door is always open, God never close the door to anyone”.   He continues stating that we need “to take a leap in Gospel wisdom to overcome ... prejudices against our homosexual brothers”.  And now we get to the heart of of homily:


Antônio Carlos Cruz Santos ends his homily with the example of Francis quoting him “If a person is homosexual and seeks God and has good will, who am I to judge?”  And follows that up with the command Francis gave, “Don’t marginalize them but integrate them into [the Church]” and how “mercy” is the most important thing in the church — the catechism teaches this.  Lastly, he retells the story of Francis’ private audience with Neria ‘Diego’ Lejárraga (a female who believes she is a man) and her fiance.

In conclusion, Antônio Carlos Cruz Santos misrepresents the teachings of the Church — through its catechism and Bible — concerning one of the four ‘Sins which cry out to Heaven for vengeance’.  It’s enough to make us at Call Me Jorge... wonder if he is of the homosexual inclination himself.  Anyway you slice it, Antônio Carlos Cruz Santos is just preaching what his boss, Francis, believes and it isn’t Catholic!

For more on Francis and homosexuality:

Does this bishop have an ID card for the homo-mafia lobby?
Posted by hereisjorgebergoglio at 12:51 PM