What’s a humble guy to do when it seems as if the entire blogosphere is against your anti-catholic teachings?  Why have a general audience outside to show the naysayers how popular you are or are not! 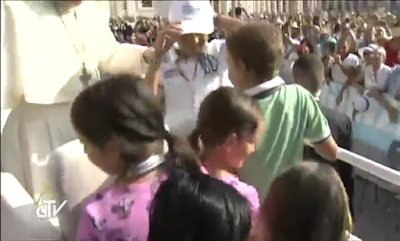 Give some children a ride in the popemobile around St. Peter’s
Square, it’s always good for a photo or two in the press. 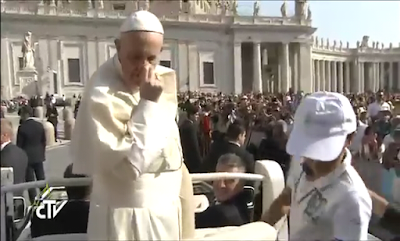 It wouldn’t be a general audience if Francis didn’t pick
his nose to demonstrate how uncouth he is. 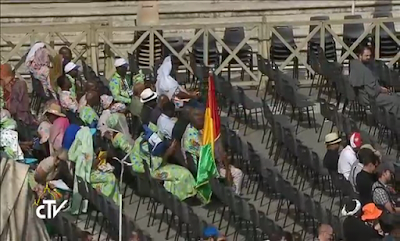 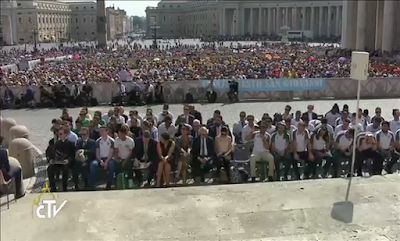 From this angle the audience looks to be an average one for Francis. 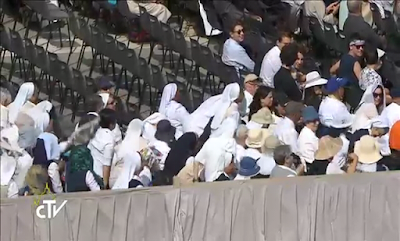 More empty seats — not even the religious want to attend. 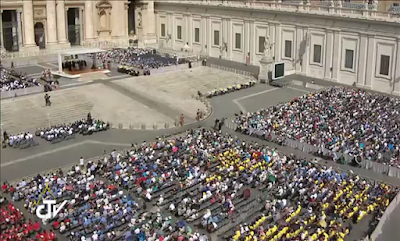 The section with school children was three-quarters filled — imagine if they hadn’t been invited. 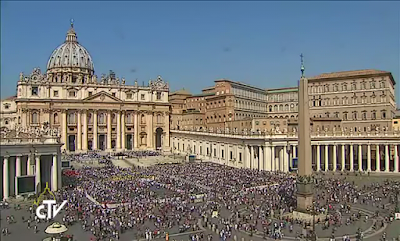 The lack of people has to be an embarrassment for Francis.
He might want to ask his public relations man,
Greg Burke, how to increase attendance.
Perhaps they could make it mandatory that all members
of the Opus (ju)Dei cult in Rome have to attend.
Posted by hereisjorgebergoglio at 2:30 PM