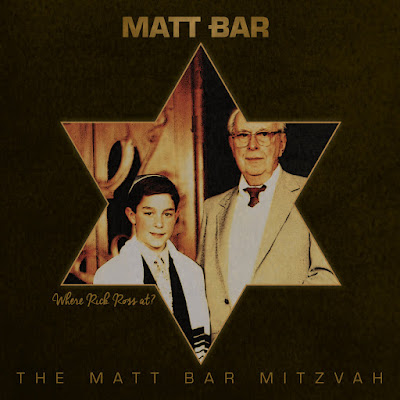 
The Talmudists are masters of deception.   In this example, Matt Bar, culturally appropriates the black American style of music known as rap, to sell the idea that he isn’t ‘white’ instead he’s ‘jewish’.  Dear reader, have you ever seen anyone with ‘jewish’ skin color?  Or anything in the color of ‘jewish’?    His rap-song is called, ‘I’m Not White, I’m Jewish’ and features the racial supremacist rabbi Abraham Heschel.  This is the same rabbi who said:

“[Christians] correctly understood that I was comparing them to the Nazis. If I had made the statement in a straightforward fashion saying ‘you are Nazis,’ it would have sounded ridiculous. My style of writing is by hinting, because truth is in the depths. There are those who would like to attack their bodies. I want to attack their souls. Today, there is no longer any place for religious wars as such. Today there is occasion for conversation and discussion. Do you consider the desire to discuss a sign of weakness?”


Matt like Heschel wants to destroy your soul.  The reason Talmudic Jews have difficulties with being ‘white’ is because they have labored mightily to make the label ‘white’ an evil disgusting thing fit for destruction.  The Talmudists gambit is simple, commit a crime or wrong-doing, then scapegoat ‘whites’ for the crime they committed.  ‘Jewish’-supremacy grows and  ‘Jew’-privilege climbs the social ladder of political correctness.   A current example of this is the ‘alt-right’ movement which even though it is pro-Zionist is being scapegoated with its ‘white-supremacists’.  Why doesn’t anyone mention that the ‘alt-right’ has its roots in the Frankfort School via Paul Gottfried?

“But as soon as the give-and-take was over, he profusely thanked me for my “valorous efforts” and, perhaps to underline his magnanimity, gave me the highest grade for the course. I was put in mind of this generous spirit many times afterwards, and am still embarrassed to admit that I learned the example of true liberal intellectual exchange from a declared Marxist-Leninist.”

source: Paul Gottfried on his teacher Herbert Marcuse, excerpt from - Great Teachers in Our Lives, The Marcuse Factor by Paul Gottfried (Spring 2005), pp.114-15


Or that the Frankfort School is Talmudic? (#1, #2)  It’s rather easy to see this ruse being played out all over the world.  Look for something culturally appropriated (stolen) then sold back to you with interest.  As a ‘white’ you can never ever finish paying off the debt you owe to the ‘jew’.  It’s straight from the Talmud, a Jewish projection of the pathological, biological-determinist hatred of ‘white Christians’.

The Talmudic Jews in their Talmud brag that they killed Jesus of Nazareth on Passover Eve because he practiced sorcery, practiced idol worship, and led the people of Israel to idol worship (BT Sanhedrin 43a - page 1 & page 2) but call anyone who points this out an anti-semite.  In the next breathe they teach members of their criminal mind control cult, the old paranoid ‘Esau hates Jacob’ (Esav sonei es Yaakov) argument which states that Esau (also Amalek & Haman and their descendants Rome, Christendom, Gentiles) can’t be anything other than anti-semites.  As the rabbis teach, “No matter what happens, the descendants of Esau are going to hate the Jews.”  If this isn’t supremacism what is?  We bring this up because Mr. Bar also has a song about Haman.

Recently there was a clash between the ‘alt-right’ and ‘alt-left’ in Charlottesville, Virginia.  (Don’t think that we at Call Me Jorge... condone either side’s behaviors.  It was simply two sets of Bolsheviks fighting each other trying to bring down the country with the ultimate goal of communism.)  The people scapegoated were ‘whites’, the people Matt Bar and his co-religionists hate so much.  The ADL (Anti-Defamation League) is one of the loudest in the media decrying all manners of Christian groups and collecting millions of dollars in donations in order to fight the ‘whites’ who can’t help but be ‘supremacists’ due to being well, white.  Conveniently ignored like the proverbial elephant in the room are several items:  The ADL was founded to defend a serial rapist and murderer Leo Frank and the ADL attempted to scapegoat two innocent black men for one of Frank’s crimes;  The ADL was originally called the Anti-Defamation League of B'nai B'rith and was founded by B'nai B'rith.  This is problematic because B'nai B'rith founders, Abraham E. Frankland and Abraham S. Levy were slave traders and slave auctioneers!; It’s never pointed out that the important roles Jews played in the Confederacy such as: Judah P. Benjamin the Confederate attorney general, secretary of war, and secretary of state;  The design of the then politically correct but now politically incorrect Confederate flag -

“Charles Moise, a self-described “southerner of the Jewish persuasion,” who respectfully argued in 1860 at the flag’s inception that its cross design was too Christian.  Confederate leadership, respecting the critique, then approved the “X” design, also a cross but considered less ecclesiastical.”


Rabbis both in the North and the South were pro-slavery (see #1, #2, #3, #4);  Abraham E. Frankland, founder of B'nai B'rith, in addition to trading black slaves, believed blacks inferior as the descendants of Ham as Rabbinic literature teaches; we could go on but you should get the point.  One never ever hears of Talmudic Jews paying reparations for their past sins but the same Talmudists scream from every rooftop about the evil ‘whites’ or Christians and the debt they need to pay off for their sins.

This leads us back to Matt Bar and the last song of his we will cover.  It’s about the light of Hannukah and how this light is the collective Jewish people and their Talmud.  Notice the shout out in the video to Rashi, a rabbi from 11th century France who is highly esteemed by Talmudists as being an elite practitioner of PaRDeS.  The technique of PaRDeS “is a rabbinic literary invention, whereby each word of the Torah has four levels of interpretation: the literal meaning, peshat, a more subtle or hinting reading, remez, a creative commentary, drash, and a totally hidden or mysterious meaning, sod.”  In other words Rashi was great at nullifying what the Tanakh (Hebrew Bible) says and twisting it through PaRDeS to what the rabbi wanted it to say.  Bar then practices Jewish fantasy as he imagines the burning bush being related to the false light of the Talmudic holiday of Hanukkah.  Finally, he takes a dig at the Greeks — Jewish Supremacism anyone?

In conclusion, Matt Bar you are white and your religion is Talmudic Judaism.  Stop scapegoating, badmouthing, and charging usury on Christians for the sins committed by you and your co-Talmudists.  It’s time to start paying reparations that you owe to the world starting with asking forgiveness from your Savior, Jesus the Christ, whom you reject.


The light of Hanukkah is the Jewish people & their Talmud


Who pays for these two racists to tour and sing this garbage?


Matt uses the Midrash to nullify the Bible


talmud talk — the insanity Talmudic Judaism leads one to


Matt selling the man-made Talmudic Judaism as if its Biblical

Posted by hereisjorgebergoglio at 8:11 PM