Francis ‘the humble’ is a paranoid tinpot dictator 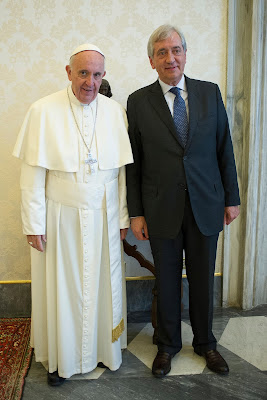 Francis and Mr. Libero Milone meeting for the last time on 1 April 2016.


Mr. Libero Milone was forced to resign from his Vatican post as auditor general of the Holy See. Mr. Milone originally accepted the position because he “believed in the reforms of Pope Francis” but according to his words soon found himself becoming an enemy of “the old guard” because they “felt threatened” by him.  We would only add that Francis rules with confusion, chaos, and a volatile temper.  For more on Milone’s account of what went down see Sandro Magister’s newest column for L’Espresso. 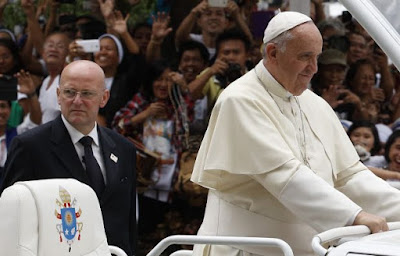 “Captain Giandomenico Giani [the bald headed security man in the photo] shouted in my face that I had to admit everything, confess. But confess what? I had not done anything.”
Posted by hereisjorgebergoglio at 2:02 AM